Prologue for the Non-Expert Reader

Aug. 28—You don’t have to be an expert to understand the basics of climate change, but as a citizen of a republic (“if you can keep it,” as Ben Franklin once famously said), the adult population must know enough about science and the world, to be able to give its consent to be governed by the representatives whom they freely and fairly elect. It may still be difficult for the informed citizen to judge thorny issues where two truth-seeking experts disagree. However, in the case of the latest report (AR6) from the UN’s Intergovernmental Panel on Climate Change (IPCC), there is an abundance of scientific evidence that its conclusions are wrong, and that the climate apocalypse narrative is deliberate fear-mongering, for political or other reasons. 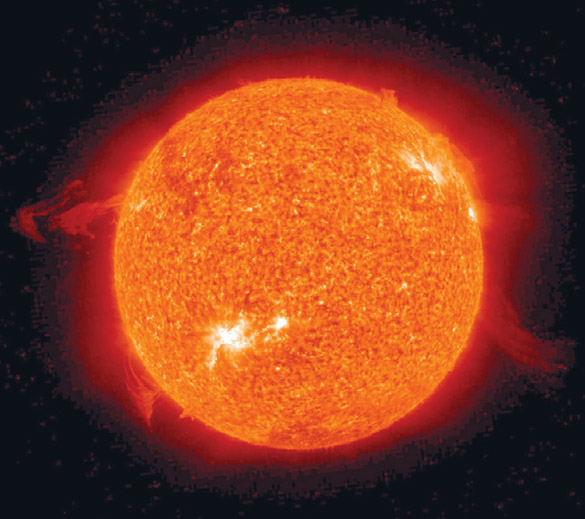 NASA/GSFC/SOHO
Changes in Earth’s global temperature are due chiefly to long-term variations in the energy emitted by the Sun.

The Sun’s Effect on the Earth’s Climate

A new, peer-reviewed paper in the journal, Research in Astronomy and Astrophysics (RAA), published in June 2021 under the title, “How Much Has the Sun Influenced Northern Hemisphere Temperature Trends? An Ongoing Debate,” provides evidence that the IPCC has, over time, been selectively and systemically cherry-picking data to support its climate-change narrative. The RAA journal is published by IOP Publishing, Ltd. on behalf of the National Astronomical Observatories of China and the Chinese Astronomical Society. The evidence presented shows unequivocally that the recent, dire “code red for humanity” announced by UN Secretary General António Guterres is ludicrous grandstanding and panic mongering.

The comprehensive, 68-page paper, submitted December 7, 2020, examined IPCC reports to see whether they took into account Total Solar Irradiance (TSI), the solar power that reaches Earth’s atmosphere, including the periodic and other fluctuations of the Sun’s output over time. The authors of the RAA study provide the quotations from previous IPCC reports that motivated their response. They write:

The UN’s Intergovernmental Panel on Climate Change (IPCC)’s Working Group 1 concluded in their [then] most recent (5th) Assessment Report (IPCC 2013a) that: “Each of the last three decades has been successively warmer at the Earth’s surface than any preceding decade since 1850 [...] In the Northern Hemisphere, 1983–2012 was likely the warmest 30-year period of the last 1400 years.” —IPCC Working Group I’s Summary for Policymakers, 2013, p. 3. (Emphasis in original.)

“It is extremely likely that human influence has been the dominant cause of the observed warming since the mid-20th century [...] It is extremely likely that more than half of the observed increase in global average surface temperature from 1951 to 2010 was caused by the anthropogenic increase in greenhouse gas concentrations and other anthropogenic forcings together. The best estimate of the human-induced contribution to warming is similar to the observed warming over this period.” —IPCC Working Group I’s Summary for Policymakers, 2013, p. 15. (Emphasis in original.)

In other words, the IPCC 5th Assessment Report (AR5) essentially answered the question we raised in the title of our article, ‘How Much Has the Sun Influenced Northern Hemisphere Temperature Trends?’ with: ‘Almost nothing, at least since the mid-20th century’ (to paraphrase the above statement).

This followed a similar conclusion from the IPCC’s 4th Assessment Report (AR4) (2007): “Most of the observed increase in global average temperatures since the mid-20th century is very likely due to the observed increase in anthropogenic greenhouse gas concentrations” (IPCC Working Group I’s Summary for Policymakers, 2007, p. 10. (Emphasis in original.)

This in turn followed a similar conclusion from their 3rd Assessment Report (2001): “… [M]ost of the observed warming over the last 50 years is likely to have been due to the increase in greenhouse gas concentrations.”
—IPCC Working Group I’s Summary for Policymakers, 2001, p. 10.

In a press release announcing their article, individuals from among the authors—23 scientists from 14 countries—responded as follows to the 2021 IPCC AR6 and previous studies: “The IPCC seriously hampered scientific progress”; “systematically undermined the Sun’s role in climate change”; “only considered the datasets and studies that supported their chosen narrative”; “missed or simply neglected the Sun-climate connection”; in sum, contrary to the IPCC, “there is no climate change crisis,” and the changes in global temperature since the mid-19th century are primarily due to natural cycles, i.e., chiefly long-term variations in the energy emitted by the Sun.

Dr. Willie Soon, affiliated with the Harvard-Smithsonian Center for Astrophysics, and lauded as “a good scientist and courageous citizen” by Dr. Freeman Dyson, asks, for example, why the IPCC studies ignore such well-known phenomena as the Roman Warm Period (ca. 250 BC to ca. AD 400), the Medieval Warm Period (ca. 950 to ca. 1250), the Maunder Minimum (1645 to 1715), and the Little Ice Age, beginning ca. 1300, and which, parenthetically, ended ca. 1850, just where the IPCC begins to count! It is almost beyond belief that supposed climate experts would systematically ignore the variability of the output of the Sun, the primary source of energy for the Earth’s atmosphere!

To top it all off, we happen to have billions of years of evidence of changes in the Earth’s climate, sometimes catastrophic, involving mass extinctions; continental drift; and numbers of cyclical, alternating ice ages and warm periods. Even our own early settlers in America suffered and died in large numbers from inordinate cold and starvation because of the Little Ice Age.

And all this without the slightest contribution from human industrial processes! 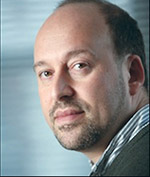 An encouraging sign for rationality, is that NASA, which had until very recently been yielding to IPCC demands, seems to be making a U-turn. Dr. Gavin Schmidt, for example, the Director of NASA’s Goddard Institute for Space Studies, recently told the journal Science:

It’s become clear over the last year or so that we can’t avoid [admitting this—that we have projected warming rates that the modelmakers themselves believe are implausibly fast].... You end up with numbers for even the near-term that are insanely scary—and wrong. 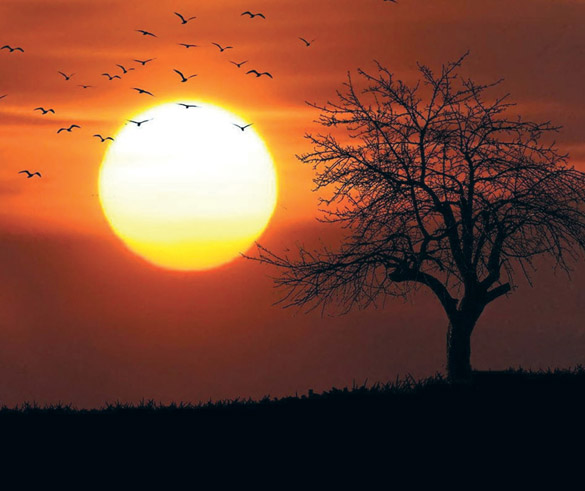 Pixabay/Bessi
“There is no ‘climate-change crisis’.”
—Richard C. Willson, one of the authors.

Contrary to the findings of the IPCC, scientific observations in recent decades have demonstrated that there is no “climate-change crisis.”

In fact, the RAA article stops just shy of accusing the IPCC of willful negligence, for continuing to ignore the criticism of their habit of measuring “global temperature” in urban heat islands, but not rural areas.

You have to suspect some skullduggery when the IPCC systematically ignores the well-known fickleness of the Sun. “There is nothing permanent but change,” said Heraclitus. So, for climate and weather. It’s not just that the Sun’s angle changes during the day and with the seasons, along with the length of time it is above and below the horizon, or the change in orientation of the Earth’s axis over 25,800 years that seems to be the source of the Milankovitch Ice Age cycle, or the cyclical change of the angle of the Earth’s axis, or the changing ellipticity of our orbit, but also the changes in the TSI of the star that warms us every morning after the cold night.

These TSI changes may act linearly, simply by reducing or increasing the amount of the Sun’s heat that reaches the Earth, or non-linearly by acting as a trigger for much more powerful processes with a much greater impact.

Henrik Svensmark, for example, professor in the Division of Solar System Physics at the Danish National Space Institute, hypothesizes that reduced activity of the Sun, with the concomitant weakening of the magnetic shield around the Earth, allows more cosmic rays to reach our atmosphere, creating more condensation and clouds, which reflect heat back into space, cooling the Earth much more than the mere percentage of change in the TSI.

The science is not settled!

The report in Research in Astronomy and Astrophysics, written by specialist scientists, reviews the literature and available data gathered from specialist scientists, and identified 16 different estimates (data sets) of how the Total Solar Irradiance has varied since the 19th century (and earlier). The fact of 16 different estimates is of course very interesting, assuming all the parties were honest. A serious scientific approach to deal with such differences would involve designing crucial experiments to rule out or confirm the estimates. The IPCC AR6 did nothing of the sort; it simply adopted only one data set for the period of 1850 to the present, Matthes et al. (2017), without any further discussion. That is not science.

The RAA report ends as follows:

In the title of this paper, we asked, “How much has the Sun influenced Northern Hemisphere temperature trends?” However, it should now be apparent that, despite the confidence with which many studies claim to have answered this question, it has not yet been satisfactorily answered. Given the many valid dissenting scientific opinions that remain on these issues, we argue that recent attempts to force an apparent scientific consensus (including the IPCC reports) on these scientific debates are premature and ultimately unhelpful for scientific progress. We hope that the analysis in this paper will encourage and stimulate further analysis and discussion. In the meantime, the debate is ongoing.

The article is followed by nearly 550 references to publications of serious scientists at work, not trying to prove a special point about a climate emergency, but using their expertise to attempt to explain entire ranges of problems and mysteries, of astronomy, our Sun and other stars, the rotation of our solar system through our galaxy, periodicity of extinction cycles (60 million years, 100 million years), the Earth’s Ice Ages, periodic droughts and floods, asteroid collisions—all of this amounting to a word to the wise, that as we improve our science and technology, these daunting problems become less and less of a threat to us.

The fact that authors and institutions in China were involved in this report is also very important, since they are doing some of the best and best-funded astronomy in the world; and they are not obsessed with reducing man’s carbon footprint.

We will someday—if we don’t blow up the world—be able to find and deflect or destroy any asteroids or comets on collision courses with the Earth. On a longer-term basis, we need to prepare for a future for mankind when the Sun burns out. That would require much higher orders of energy densities than we command now, to get us far into space, with such humble beginnings as Earth-forming some planets and moons, travelling to other planetary systems in our galaxy, and beyond. That could guarantee mankind’s immortality. In the unacceptable IPCC alternative, we would sit idly and miserably by, serenaded by the dull drone of weary windmills, waiting for the inevitable.