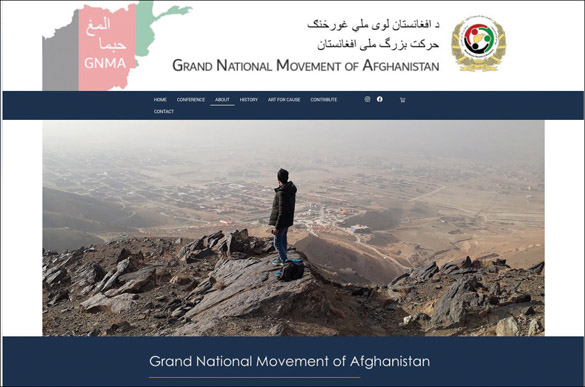 Sept. 30—The Afghanistan diaspora held a most important virtual conference today on the crucial issue of Afghanistan’s future in the transformed situation following the withdrawal of U.S. and NATO forces and the takeover by the Taliban. Under the title, “The Road From War to Peace,” the Grand National Movement of Afghanistan (GNMA) and the Council on Global Relations (CGR) organized over 25 American, European and Afghan citizens from many walks of life to discuss and debate the measures necessary to achieve the goal of a peaceful and prosperous future after 40 years of warfare.

Most of the speakers had been associated in one way or another with the occupation government in Kabul over the past twenty years. Although the theme was to achieve peace and development, many of the speakers clearly had no idea how to achieve it, let alone that in some cases, their own proposals could well lead directly to war.

Helga Zepp-LaRouche and Mike Billington from the Schiller Institute and EIR provided a dose of reality about the immediate disaster facing the Afghan population if the international institutions—and especially the nations which waged the useless and failed war in Afghanistan over these past 20 years—continue to deny the emergency food and medicine required to prevent starvation and mass death over the nearing winter. They also presented the necessary path to transforming Afghanistan through international cooperation with the New Silk Road, restoring Afghanistan’s ancient role as a crossroad for Eastern and Western cultures.

Alexander Terra of the Council on Global Relations arranged for the Schiller Institute representation.

The approximately 25 other speakers represented widely divergent views. Several former American military officers who have close relations with Afghanistan spoke. One, Frank Miller, whose CV includes organizing the U.S.-UK nuclear arms agreements and preventing the withdrawal of U.S. nuclear arms from Germany, warned in hushed tones that “certain countries” in the region (without naming China or Iran by name) are pretending to care about the Afghan people but are really only out to take out resources and care nothing for the people. Twenty years, he said, was not enough to achieve democracy. Others were less overtly imperial, but were largely stuck in “internal matters” for Afghanistan. While development was often mentioned, there was general agreement that nothing could happen for development until the Taliban proved it was “inclusive” and would honor “human rights.”

Helga Zepp-LaRouche was the first speaker, and (after some confusion) gave an impassioned call for emergency measures to prevent the looming starvation of millions of Afghanis due to the destruction of their economy over 20 years of war, and the refusal of the U.S. and EU to meet their moral obligation to save the population from the destruction they had wrought.

She addressed the catastrophic threat of mass starvation and related deaths from the lack of food, medicine, and even money, as the U.S. was refusing to release $9 billion belonging to the Afghan people. She called for both an emergency humanitarian effort to stop the Malthusian mass murder, and a global mobilization to provide a modern health system, as a start to providing the infrastructure needed to transform Afghanistan into a modern agro-industrial nation.

She refuted the neocon attitude of Frank Miller (without naming him), insisting that all of Afghanistan’s neighbors are in fact fully committed to cooperation for a program for Afghanistan to fully unite the region with physical development. She called for support for Pino Arlacchi—who as the Executive Director of the UN Drug Control Program had successfully negotiated with the Taliban in the late 1990s an end to opium production—to be appointed as the representative to oversee the development of Afghanistan. 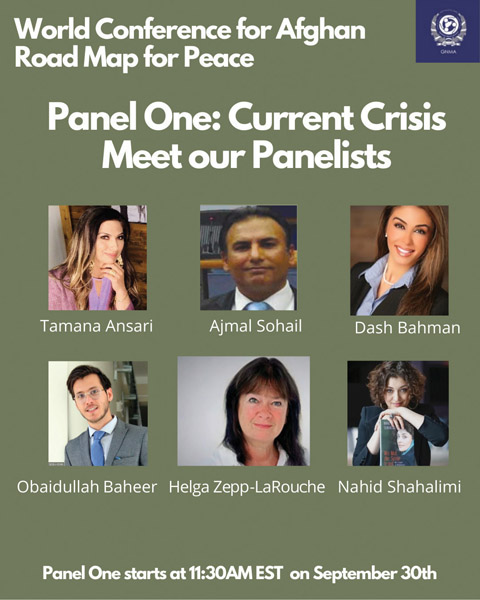 Other than Zepp-LaRouche, only Dash Bahman, the Vice President of the CGR, addressed the absolute urgency of emergency measures required to stop the imminent starvation of millions of Afghan citizens.

Most interestingly, the GNMA invited the Taliban to speak, and they accepted. Sadiq Jan Akif, the interim Minister of Information and Culture in the new government in Kabul, speaking through an interpreter, gave a fully cogent presentation, calling for all nations to join in helping Afghanistan develop so that the Afghan people could “stand on their own feet.” He divided foreign affairs into four groups: neighbors, Islamic countries, the U.S. and EU, and others. He called on them all to help, noting that they would be helping themselves as well. He said the “world is like one village.” He called on the international financial organizations to help, naming the UN and the Asian Infrastructure Investment Bank (AIIB). He said Afghanistan needed the help because “the last government left us absolutely nothing, nothing.” The fighting has stopped, he added—“There is no war, no more corruption. But we need help.”

Several speakers tried to argue that the war was not over, that terrorism is still a threat, and nearly everyone said that the Taliban had to build an “inclusive” government and respect “human rights” before anything will change.

Mike Billington, who spoke towards the end, and had heard the repeated calls for “inclusion” and “human rights,” began by insisting that he agreed with Lyndon LaRouche that geopolitics had to be rejected, and that any talk about a future for Afghanistan, or any other war-torn nation, must begin with development as the first agenda item, to address the actual self interest of all sides. Otherwise, the calls for inclusion and human rights would fail. His prepared statement (see below), asked if the withdrawal of U.S. forces from Afghanistan truly marked the end of the “endless wars,” or whether it was only a repositioning of NATO forces in order to better confront China and Russia.

Billington reported on the important, but limited, cooperation which had taken place over the past three years between the U.S., Russia and China, through the “Extended Troika” with Pakistan, to find a way forward for peace through development in Afghanistan in the context of China’s Belt and Road Initiative.

The moderator of that panel, Ed Corcoran, a retired U.S. Army Lt. Colonel and a member of the U.S.-Afghan Chamber of Commerce (and a promoter of rebuilding U.S.-Russian cooperation) had introduced Billington by asking him about China’s Belt and Road, and how China had transformed itself. He said at the end, “Thanks, Mike, for emphasizing peace through development, which we clearly need.”

Despite the weaknesses of some of the speakers, the event was precisely what is needed, everywhere, to focus the world’s attention on the critical nature of the resolution of the Afghan situation as a phase change in history, for good or for ill, and the crucial role of The LaRouche Organization and the Schiller Institute in making sure the right decisions are made.