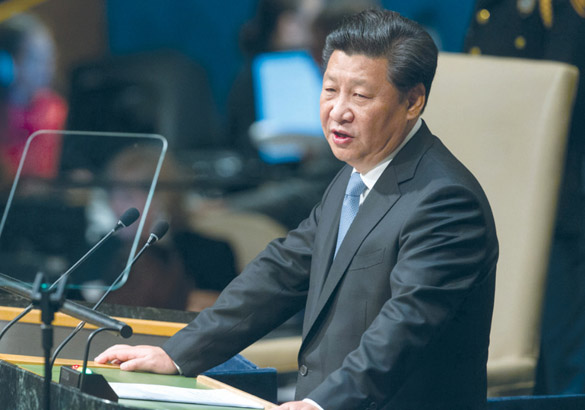 China’s Belt and Road Initiative (BRI) was launched in 2013 to partner with poor nations of the former colonial sector to extend to them advanced, energy-intense development projects. This will allow that poverty- and starvation-wracked sector to “leapfrog” to modern prosperity, create two-way markets for goods, and more broadly, make economic development and rising prosperity the basis of global relations. In the course of the last eight years, the BRI’s success has attracted over 140 nations—of both the South and the North—to join China in that effort. Clearly, if nations would form a Global Development Initiative, that process could be extended in new ways.

Xi told the world leaders that his proposed Global Development Initiative is based on six principles, or “commitments”:

1. Put worldwide economic development high on the global agenda, and “speed up” implementation of the UN 2030 Agenda for Sustainable Development.

2. “Promote human rights through development.” President Xi paraphrased from Lincoln’s Gettysburg Address: development must be “for the people … by the people” and “shared among the people.” Well-rounded development is a fundamental human right.

3. Debt suspension and development aid for the most vulnerable countries.

4. Achieve “leapfrog development.” Employ “the latest round of technological revolution and industrial transformation.”

5. Stay committed “to harmony between man and nature … create a community of life for man and nature.” Achieve a green recovery and low-carbon development. In this context, President Xi announced the cessation of building coal-fired plants outside of China.

Speaking on September 26 at the Sustainable Development Forum 2021, China’s State Councilor and Foreign Minister Wang Yi elaborated on President Xi’s proposal. He told the forum that their rules for development have to be enlarged. According to the release of the Chinese Foreign Ministry, Wang’s keynote presentation on the Global Development Initiative made clear that there is a new reality to deal with. “Development is the eternal pursuit of human society.” However, the pandemic has disrupted previous plans and calculations. “Global economic recovery has been uneven. The implementation of the 2030 Agenda for Sustainable Development is confronted with new challenges,” he said.

Wang depicted Xi’s proposal of the Global Development Initiative as a response to the fact that “the global cause for development stands at a crossroads.” It has a “people-centered core concept. It takes the betterment of people’s well-being and realization of their well-rounded development as the starting point and ultimate goal, and endeavors to meet the aspirations of all nations for a better life. It focuses on development as the master key to addressing all problems ... leaving no countries and no individuals behind.”

The Foreign Minister predicted the Global Development Initiative will dovetail with “the Belt and Road Initiative, Agenda 2063 of the African Union, and the New Partnership for Africa’s Development (NEPAD). It will build consensus and pool together the strengths of multilateral cooperation mechanisms such as the UN, the G20 and BRICS as well as various sub-regional and regional platforms.”

Addressing the General Assembly in person on behalf of the Russian Federation, Foreign Minister Sergey Lavrov on September 25 endorsed the new Chinese proposal. “It was with great interest that we perceived the Global Development Initiative proposed by President of China Xi Jinping, which resonates with our own approaches,” Lavrov said. “The work of all mechanisms that can impact the efficiency of global governance should be tuned to searching for a balance of interests.” The capacity of such an inclusive association as the G20, which brings together “the old” and “the new” dynamically developing global centers, such as BRICS and the like-minded others, should be used to its maximum, Lavrov added.

This confident move by China to offer the nations of the West a co-leadership role in creating worldwide a New Paradigm of advanced development is an historic opportunity. This is China’s “outside the box” response to London and Wall Street’s most recent strategic offensive against China and Russia: the AUKUS, the Quad, and Global Britain. In the concluding portion of Foreign Minister Lavrov’s address he said: “All of us are in the same boat. It falls within our shared interests to make sure that the boat stays safely afloat on the waves of global politics. We are all different, but this must not bar us from working for the benefit of our nations and all of humanity.”

Asked for comment about this Global Development Initiative, Schiller Institute President Helga Zepp-LaRouche said, in part, “Now, this is absolutely the right way to go, and the most reasonable thing the Western countries could do, rather than taking this as a threat and trying with geopolitical means to squash that, they should join it!” 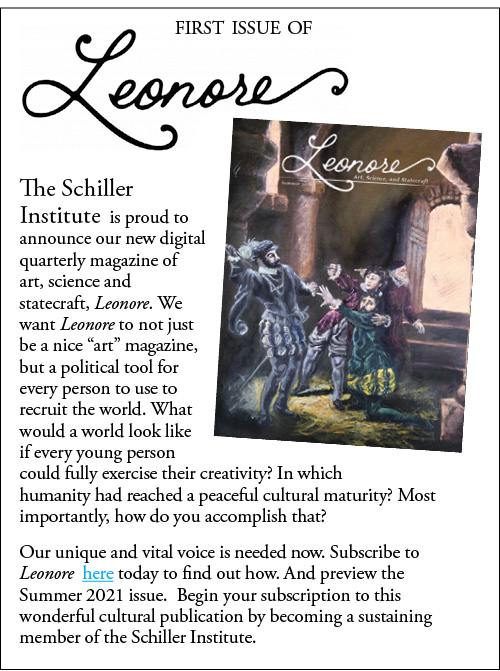