This article appears in the October 15, 2021 issue of Executive Intelligence Review.

Green Fascists Speak:
‘The Planet’ Requires You To Live in Poverty

Oct. 8—The oligarchs of “green finance” and the “Great Reset” are centered in London—with Prince Charles at their head—and Wall Street. They have taken to declaring in so many words, that the human aspiration for economic progress is now verboten, because it is inconsistent with the demands of “the planet” that the human species end its carbon emissions. 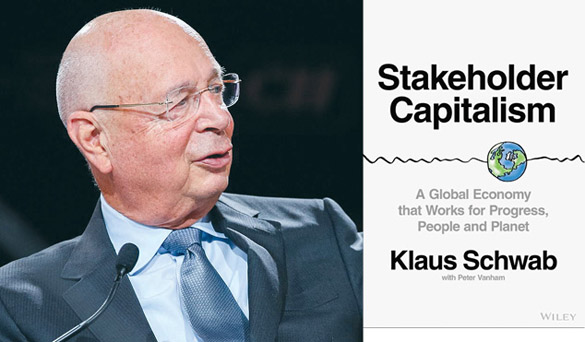 World Economic Forum Executive Chairman and founder, Klaus Schwab, a bosom friend of Prince Charles and a non-stop writer of books about the “Great Reset” and Green New Deal, makes that monstrous declaration in his latest book.

Speaking, as it happens, about Ethiopia’s infrastructure and development activity, Schwab wrote that:—

[it] reveals the central conundrum of the combat against climate change. The same force that helps people escape from poverty and lead a decent life is the one that is destroying the livability of our planet for future generations. The emissions that lead to climate change are not just the result of a selfish generation of industrialists or Western baby boomers. They are the consequence of the desire to create a better future for oneself.

The Economist, the magazine which speaks for the City of London financial powers, declared in an Oct. 4 article titled, “The age of fossil-fuel abundance is dead,” —that “Dwindling investment in oil, gas and coal means high prices are here to stay.” Moreover, the magazine’s editors go on to say that this energy scarcity will “get even worse,” because energy investments are harder and harder to make “in an era of decarbonization.” This will bring about “inflationary upheaval … but it may at least accelerate the shift to greener—and cheaper—sources of energy.”

They did not acknowledge that this era of decarbonization is entirely a political decision by the financial powers and billionaires, and that energy investments are harder to make for this reason, not any physical economic factor.

The longer prices stay high, the more likely it becomes that the transition to clean energy ultimately buries the fossil-fuel industry. Consumers, in the meantime, must brace for more shortages. The age of abundance is dead. [emphasis added —ed.]