The Situation in Afghanistan After Foreign Troops’ Withdrawal

This is the edited transcript of the presentation delivered by Ambassador Anna Evstigneeva, Deputy Permanent Representative of the Russian Federation Mission to the United Nations, to Panel 1, “Can a Strategic Crisis Between the Major Powers Be Avoided?” of the Schiller Institute’s Nov. 13-14 Conference, “All Moral Resources of Humanity Have To Be Called Up: Mankind Must Be the Immortal Species!” 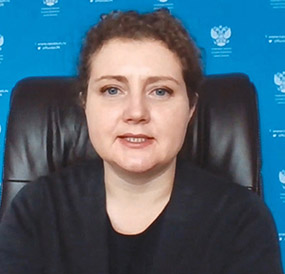 Thank you very much for inviting me again for this event. It’s always a pleasure and honor to participate in conferences and webinars of the Schiller Institute, an old friend of our country. This topic is very important for us, as you have in the title of this panel, “Can a Strategic Crisis Between the Major Powers Be Avoided?” Due to the files that I’m dealing with in the UN Security Council here in New York, as a Russian delegate, and also bearing in mind how important the situation in Afghanistan is for the region and for the state of affairs among major powers, I will concentrate on it.

I spoke in one of your events this summer about Afghanistan. Since I last spoke here, the situation has changed dramatically. Afghanistan has gone through a major and very rapid transformation with ex-President Ghani fleeing the country, the government collapsing, and the Taliban coming into power in the middle of August. After 20 years of presence, the U.S. along with its allies finally left the country at the end of that month. As we speak, the situation, the reality on the ground has become brand new. No one had ever expected the situation to go this way, especially the return of the Taliban, whose victory, after their defeat, was so rapid and unexpected for everyone.

However, this is an objective reality. The members of the entire international community have to deal with this, one way or another. We have seen that very well here in the UN, on the Security Council. And it could also be seen in the media, with the reports from the capitals, that almost no one was prepared including in Washington.

This confusion with regards to what to do, was so apparent, and actually I’m not sure if we have passed this stage, if there is more clarity on the ground in this regard in major capitals and also in Afghanistan. What is more important in my view, is that when the Taliban seized power, they were also not prepared to deal with the challenges the country faces.

On one side it’s clearly a window of opportunities for them to open a new chapter in the history and rejoin the international community as a peaceful and responsible state. But at the same time, it’s clear that they are not capable to address the problems in the country by themselves. There is unfortunately no unity in Afghanistan, no peace. Terrorists are on the rise, and there is absolutely no money to meet the needs of ordinary people.

Of course, the new Afghan authorities, despite the way they came to power, they are now sending positive signals about their intention to restore order, to establish inclusive government, and to fight against terrorism and the drug trafficking. They are demonstrating their willingness and readiness to improve cooperation with regional countries and the broader international community, including key donors. However, we shouldn’t be naïve. It’s the Taliban and it’s still the Taliban, the one that we knew for years.

So, as we have mentioned in different forums and what people are talking about all over the world, that the new authorities in Afghanistan should meet the commitments they themselves made. And that these commitments should be supplemented with actions and deeds. In this sense, there is not much difference with regards to what we hear from our partners. This is the message. That the Taliban should meet the commitments, is what we hear from the U.S., from the European Union, from China, from regional countries. Of course, that’s what we are saying as well. But it’s crystal clear, that in the end stability in Afghanistan is in the interest of all.

One of the major challenges for the stability in the country is terrorism. It has become more apparent recently that the activities of ISIL [Islamic State of Iraq and the Levant] are of particular concern. Recent terrorist attacks have become despicable acts of terror. And it’s clear that ISIL is trying to demonstrate its power and influence in the country, and how it can influence and deepen the ethnic and religious divisions in this poor country. Also, it becomes a great concern for us, because we are close, our Central Asian partners are close. There is a risk of spillover in the region. Drug production goes hand-in-hand here, because it’s one of the main financial sources for terrorist activities. And it should be stopped.

Apart from that, Afghanistan has also faced huge corruption, economic and financial dependence, human rights challenges, and other problems. It is clear that the country used to leave things to financial injections from the outside. Now, this flow of money is almost completely drained. There is no budget; no money for basic services, no salaries for police, teachers, doctors. Humanitarian assistance, though it has scaled up, is not a bullet to solve the matter in a sustainable way. It’s just a short-term patch.

However, it’s very important to stress that these are longstanding challenges and threats in Afghanistan. They have existed in the country for years, and there is a clear understanding now that these problems were simply ignored during all these years of international presence. We don’t see any self-reliant economy or self-reliant state in Afghanistan. If the international community doesn’t react accordingly to the situation and do it quickly, Afghanistan will continue to slide into the abyss. What is also very dangerous is that it may take the region with it.

Despite the relative unity of judgement with regards to the situation in Afghanistan, as I said before, there are different nuances here. There are nuances in terms of messaging to the Taliban among different actors. There is definitely deep mistrust to the Taliban, and even more distrust between major players. Let alone, we know that all of them try to do their best to secure geopolitical interests that go beyond Afghanistan and stability in the region.

But, we are still working in the Troika and the extended Troika, and I talked about it last time at some length. It’s a very important part of our position in Afghanistan. This is the format that comprises Russia, U.S., China, and Pakistan. It’s the most relevant format now for decision-making, especially in the political field. But it definitely should be complemented with a broader format, which we also have in the Moscow Format that encompasses regional players and also representatives of the Taliban. Recently, about a month ago, there was a meeting of the Moscow Format, and it confirmed that it’s a unique platform for all regional players and Afghan political leaders to discuss the challenges and acute problems in the country and the region.

But, on behalf of the Western partners, I must say, so far we hear the recipe that is old and well known: “Exercise pressure, the more the better. Keep sanctions. Blackmail with humanitarian and economic assistance.” It’s the rhetoric we hear from those who left the country so irresponsibly and so abruptly. In our view, it’s clear that any attempts to dictate and manipulate can hardly influence the situation. Because the Talibs got used to living under restrictions. What we have to do is to address the aspirations of the people in terms of having a functioning state and actually getting aid—food, salaries, education, and all those kinds of things. So, in our view, we have to be pragmatic in that. We were talking about it before, and it’s very consistent on behalf of Russia.

We shouldn’t make the same mistakes. And we tell our Western partners, as we say in Russia: “Don’t walk on the rake.” Because it will hit your head again and again. The democratization plans have failed in Afghanistan as they did in many other parts of the world. So probably it’s time to alter the old recipe.

Money should flow to the country, so that salaries can be paid at this time, despite the fact that many people are working for the government. For the Americans, that’s a major impediment.

Teachers, doctors, people working for basic services should get their money. Otherwise, it becomes very dangerous for the collapse of the country, for more people fleeing the country. It’s important that we do our best to preserve the well-educated population, people who represent the—so to say—intelligentsia of Afghanistan, those who haven’t left already. Because without this, it will be difficult to talk about a stable Afghanistan.

I know that there are efforts on behalf of the United States to solve these issues. It’s very sad that it’s in terms of World Bank money and unfreezing assets. It’s completely in their hands. But there is hope that they understand what the risks of not moving quickly will entail. There is space for cooperation if we overcome mistrust at least to some extent, if people do not get entrenched in their requests to the Talibs. Taking a pragmatic stance with a spirit of cooperation, I think we can turn the tide and make things better. But we have to move quickly, and in good faith.

I thank you very much once again for inviting me. I wish all the best to the Schiller Institute and will be ready to answer questions later on. Thank you.