This is the edited transcript of the presentation delivered by Professor Franco Battaglia to Panel 3, “There Are No Limits to Growth in the Universe,” of the Schiller Institute’s Nov. 13-14 Conference, “All Moral Resources of Humanity Have To Be Called Up: Mankind Must Be the Immortal Species!” Prof. Battaglia is Professor of Physical Chemistry at the University of Modena, and is a Member of the Initiating Committee of the Petition on Anthropogenic Global Warming, of June 2019. Subheads have been added. 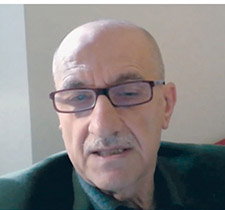 Good morning! I’m Franco Battaglia. I’m a professor of chemical physics at the University of Modena, Italy; actually since a few months I’m retired. I have written a short book, which is called There Is No Climate Emergency: The Petition Sent to the UN by 1000 World Scientists—First Signatory: Ivar Giaever, Physics Nobel Laureate.

This small book comes from a petition, actually, which has been organized by CLINTEL [Climate Intelligence] and which was sent to the Secretary General of the United Nations; and the petition says what it says in the title. In the small book, which is available at Amazon, I explain the scientific reasons for why there is no climate emergency. So, in fact, I explain in detail the reasons of the petition itself.

Now, as we know, we have all been told that there is a climate crisis. And since a few years ago, they have said that. After all, even a Nobel Prize was given for that, except that it was a Nobel Prize for Peace, not for Science. So, this was a quite easy criticism to do. Now, this year, a Nobel Prize in Physics has been given to two scientists—excellent scientists, I must say—[Syukuro] Manabe and [Klaus] Hasselmann—because they have worked on new climate models. And according to the Nobel Prize Committee, they have proved that the present climate change, the present global warming is due to human activities.

Johan Jarnestad/Royal Swedish Academy of Sciences
Klaus Hasselmann developed methods for distinguishing between natural and human causes of atmospheric heating. The zero point on the vertical axis is defined as the mean temperature for 1901-1950 (°C).
View full size 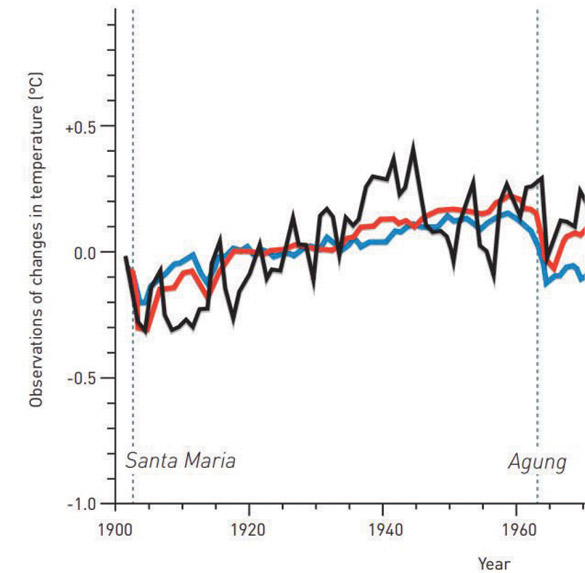 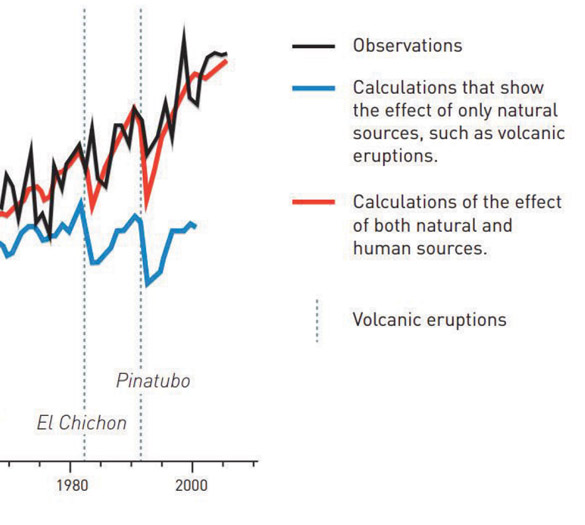 So, they said that the conclusion has been that the models are validated, that humans are responsible for almost 100% of the present global warming, the IPCC [Intergovernmental Panel on Climate Change] says, since the middle of the 20th Century.

Now, as I will explain, even this sentence is wrong. Why is this interpretation not correct?

Figure 2
Why the Climate Models Are Wrong
View full size 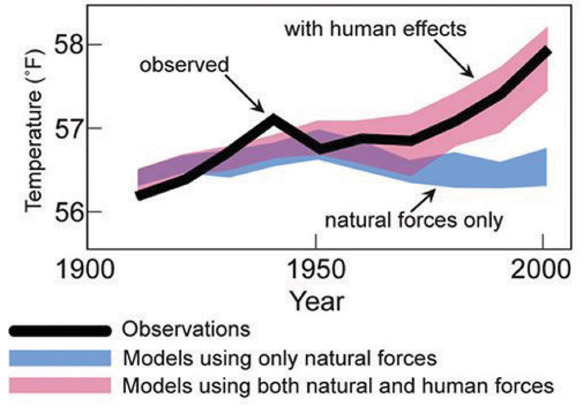 NOAA/NCDC
The assumptions and inputs to the climate models have been “corrected” to achieve agreement with observations for the period since 1950. But when the adjusted models are used to produce the climate of the past, they do not show the major features, such as the Roman Warming and the Medieval Warming. This figure is a more schematic version of Figure 1.

The Solution to the Conundrum

How can we solve this conundrum? I mean, how do we know—how could we know—whether the models are not in agreement with observations because they are wrong, or because they do not include the human forces? The only way to find out is to see whether the models are able to be in agreement with the climate in the past, when there were no human forces.

Also, the models have predicted for the 20 years between 2000 and today, a warming which is a half-degree higher than the observed warming. So, they fail in reproducing the time pattern of the warming. And also, they fail to reproduce the space pattern on the warming. How? Well, because the models predicted that at around 10 km above in the equatorial troposphere, it should be observed what is called a hot spot, where the increase in temperature should be at least three times higher than the increase in temperature on the ground level. However, this is not [correct,] the prediction from the models.

When measurements up there in the troposphere—around 10 km above the Equator— when the temperatures are measured by thermometers on satellites or balloons, up there, there is observed not even any greater temperature increase—not to mention triple increase—but it is observed a lower temperature than on the ground. So therefore, these models are wrong.

Apparently, the Nobel Prize, which was given to the two scientists—who are great scientists—they have tackled the most complex system among the complex systems that could be studied, which is the climate system. They have done an excellent job, but those models are not yet right enough. We must consider that the variations in temperatures we are talking about are variations on the order of 1°; whereas the natural variation in temperature would be on the order of 10° or 12° between a glacial and interglacial time.

So, this is the major message I would like to send in the time that has been given to me. In the small book, there are more details, better explained than I could do now, in this small time that I have. And I thank you very much for inviting me.