COMMITTEE FOR THE COINCIDENCE OF OPPOSITES

The World Needs a Modern Health Care System in Every Nation 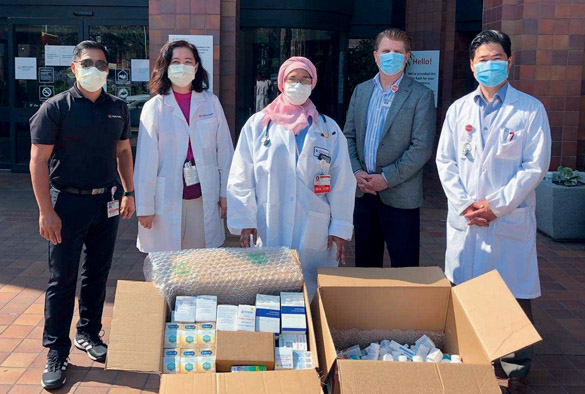 Courtesy of Khadijah Lang, MD
Dr. Khadijah Lang (center) and co-workers with boxes of donated medicines collected for the Mozambique relief project. In recent years, these medicines have been delivered by delegations of medics, led by Dr. Lang, who spent weeks on site, providing specialized treatment and health care in conjunction with local doctors and nurses. Los Angeles Hospital, June 2021.

Dec. 15—The Committee for the Coincidence of Opposites announced today that it has completed its initial pilot project of relief aid to Mozambique. The Committee has sent a significant financial donation for the purchase of food that has been received by the World Food Program office in Mozambique, which will coordinate the purchase and distribution of food in the neediest region of Cabo Delgado. A representative physical shipment of air cargo boxes containing medicines, medical supplies, water purification tablets, and emergency high-protein supplements has also been collected in the Washington, D.C. area, and will be shipped directly to Maputo within the next few days.

The Committee was co-initiated during the late Summer/Fall of 2020 by Schiller Institute Founder and Chairman Helga Zepp-LaRouche and former U.S. Surgeon General Dr. Joycelyn Elders. This was in response to multiple crises: the COVID-19 pandemic; the equally catastrophic impending deaths of millions through global famine; and the large-scale international social unrest generated in the aftermath of the killing of George Floyd in the United States.

The purpose of the Committee is to demonstrate, by means of a few pilot projects, that “citizens without portfolio” can not only help mitigate tragic circumstances, but also inspire a larger-scale response and the collaboration of major governments, particularly involving the United States, Russia, and China, required to address these global crises. This is not simply a humanitarian or moral issue, but a strategic issue as well.

Over five million people worldwide have already died from COVID-19. New variants, including the more vaccine-resistant Omicron, threaten countless more lives. Nearly one billion people face food insecurity, two billion people do not have access to clean, safe, drinking water. These dire human crises continue to be left unaddressed, while tensions and the danger of war mount between the major political powers.

The Committee emphasizes that solving these crises requires full, modern health systems in every nation, which means not only hospitals and medical personnel, but also food, safe water, sanitation, electricity, decent housing, roads, and other infrastructure. This situation cries out for the approach of the “coincidence of opposites” from whence the Committee derives its name, which refers to a new type of thinking, first put forward by Cardinal Nicholas of Cusa (1401-1464) in his organization of the 1439 Council of Florence. The concept, then and now, calls for acting first for the common good of all mankind, and rejects pitting sub-groups against each other. 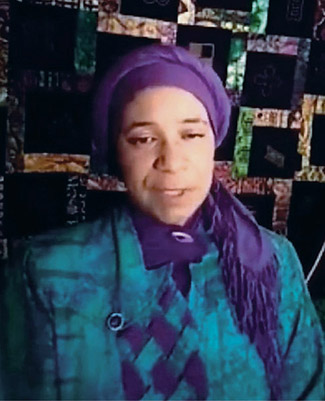 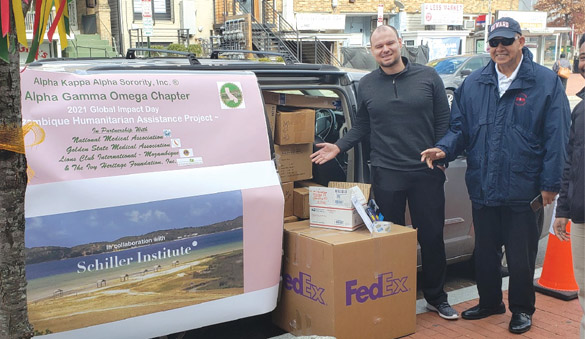 Over the past 15 months, the number of Committee members and collaborators has increased internationally to include medical personnel, farm leaders, civil rights and religious leaders, scholars, engineers, retired military and engineering experts and specialists—people from all walks of life. Many individuals have participated in the public dialogues of the Schiller Institute’s frequent international webcasts, and informally, in private discussions of initiatives. Notably, in Washington, D.C., the Committee has been instrumental in establishing a program in which youth corps volunteers were deployed to further the rate of COVID-19 community vaccination, to create a model for youth involvement in public health measures around the world.

Mozambique was selected as an initial area to receive aid, both because of the recent terrorism in the northern Cabo Delgado region, which has intensified the refugee crisis, and because of the ongoing food crisis, resulting from many factors, including the pandemic, low rainfall in 2021, cyclone damage, locusts, and decades of suppressed development in southern Africa. At present, 1.9 million people in Mozambique are estimated to be in varying degrees of food insecurity, out of a population of 32 million.

This initiative has been spearheaded by Committee member Dr. Khadijah Lang, Chair of National Medical Association (NMA) Council on International Affairs and President of the Golden State Medical Association (California branch of NMA). The NMA is the largest and oldest national organization in the U.S. representing black physicians and their patients. 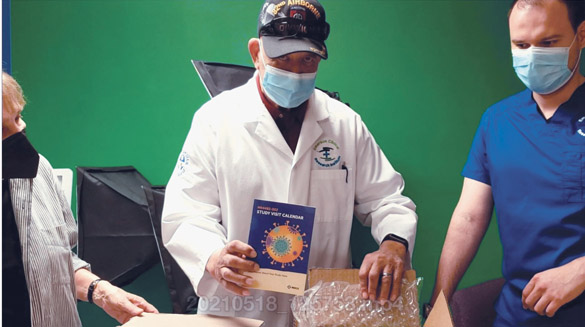 Dr. Lang has led three prior humanitarian missions to Mozambique, delivering donated supplies and providing training to medical personnel. Scores of individuals from throughout the United States contributed funds or material supplies for our 2021 project. This aid package of food, medicine and medical supplies to Mozambique comes at a crucial time with COVID-19 cases surging by 140% over the recent period in Southern Africa, driven by the Omicron COVID variant centered in South Africa, which borders Mozambique. 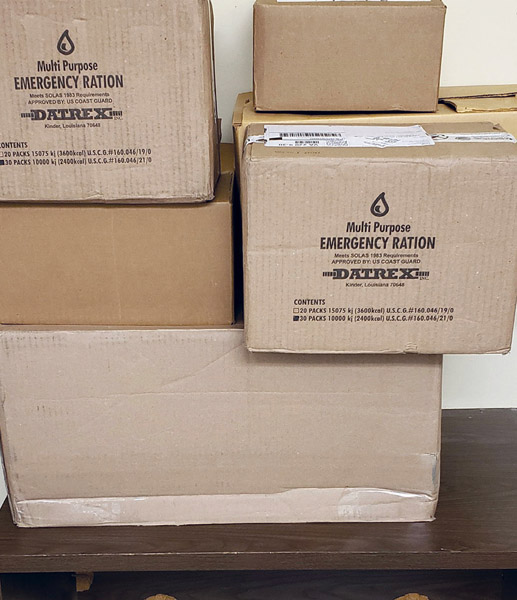 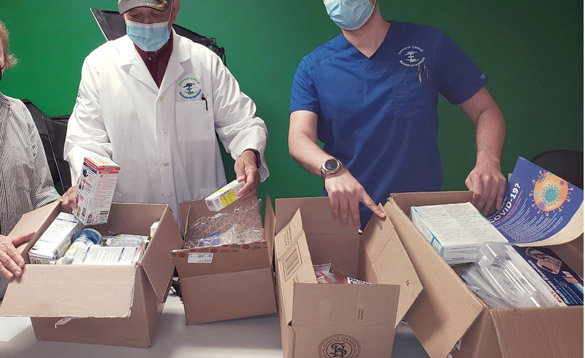 EIRNS
(Top) boxes of emergency rations from Louisiana, each with enough high-energy biscuits to provide a person 2,400 calories a day, with all nutrients, for a month. (Bottom) Drs. Faggett and Jimenez are packing medical supplies. The shipment included water purification tablets.

It is the Committee’s intention that this initiative, while modest in scope, will provide a model for what can be done, and will help to spur immediate action in the neediest situations, in Afghanistan, Yemen, Syria, Haiti and all others. For example, in the case of Afghanistan, where 18 million people are now threatened with starvation, and over 2,000 hospitals and health centers have been closed, Helga Zepp-LaRouche has issued an urgent call for “Operation Ibn Sina,” named after the great Islamic physician and philosopher of the 10th century. Its purpose is to free up the funds belonging to the Afghan nation, now withheld by U.S. and European banks, and to launch collaboration among the U.S., China, Russia, Afghanistan, and neighboring nations, to reconstruct Afghanistan, and in the meantime, to mobilize all necessary emergency provisions to prevent as many as 20 million people from starving.

This holiday season, as we prepare to enter a New Year, is a most appropriate moment for every individual and every nation to make a commitment to ensure the future of humanity. The Committee welcomes members and collaborators.

For additional information on Committee initiatives:

• Helga Zepp-LaRouche’s Call for the Creation of a Health Committee for the Coincidence of Opposites (Coincidentia Oppositorum)—to offer solutions through a new global health initiative.

• Dr. Elders’ Open Letter to Virologists and Medical Experts Around the World to Address the COVID-19 Pandemic.

• Schiller Institute Call To Release the Funds of the Afghan People.