A Most Certain Note—
Reginald Bouknight, an Artist 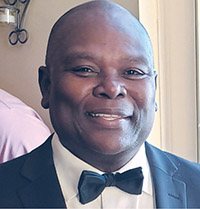 For those who had the privilege of knowing Reggie, and/or of hearing him sing, the effect of great art on the artist and also on his audience was manifest. It was indeed a pleasure to know him through his beautiful voice and sensitive interpretation of songs, whether German Lieder, opera arias, or African American Spirituals—of all he was a true master.

Reginald Bouknight passed away on July 26, 2021 after a vigorous battle against a formidable illness. Such was his beautiful voice, and even more so his innate capability, that he would move audiences with whatever musical genre he was presenting. His commitment to building and educating community through access to great minds and ideas in classical art and culture was strong, as was his collaboration with the Schiller Institute to this effect in concerts over the last two decades in the greater Washington, D.C. and New York City region. Through this collaboration, and also his leadership of his church choirs, he strengthened this connection of music and ideas within congregations throughout the Washington, D.C. region. He was especially devoted to his church’s men’s chorus.

Growing up, Reggie was introduced to music in his church, the Second Refreshing Spring Church of God in Christ in Washington, D.C., where his father was Pastor and he was frequently called on to share his gifts with the choir and congregation by singing in the services. He later graduated with a degree in Music Performance from Catholic University. Reggie remained a faithful member of his church and continued to use his art in the service of his religion throughout his life. He went on to study with the great opera singer, Phyllis Curtin, at the Tanglewood Music Center and to collaborate and perform with numerous luminary names in the operatic world at the Metropolitan Opera and other institutions internationally.

In 1994, Reggie met the Schiller Institute while working on the play, Through the Years, an autobiographical play written by Civil Rights Leader, Amelia Boynton Robinson. The Schiller Institute had co-sponsored the performance of the musically rich play at Howard University. And he shared his artistry in song then and in myriad concerts over the next 25 years, including in the memorial concert for Lyndon LaRouche in June of 2019 in New York City, in which he was profoundly proud to have taken part.

Being a working man with a beloved family to support, Reggie was a professional trucker who traveled all over the United States. This work allowed him the flexibility to take time off to go sing a professional role in an opera, be it in Florida or Vienna. He once commented to friends that the time spent driving gave him the opportunity to learn roles and also foreign language lyrics. He was a true renaissance man.

Onstage, Reggie would sing a song, whether a German Lied, a Spiritual, or other sort of song, and he would reach into the minds of listeners and touch their emotions profoundly. One always wonders at a musical performance why some people have tears in their eyes, and perhaps others do not. What did they hear that another did not? Or perhaps they weren’t really listening. The mark of a great artist is the ability to know how to strike an emotional chord that will resonate within the mind of the listener and cause the hearer to act for the good. Reggie did have that quality in his singing and musicality, and in that way was able to use his voice to inspire and move people.

In listening to him sing, a wonderful characteristic about Reggie Bouknight that always struck me and perhaps others, was that when he stepped out on stage to sing to an audience, he would immediately have their attention. He had a commanding stage presence. He would walk over to his position on stage or next to the piano, and what would come across when he began to sing was a solid, clear, calm voice that would narrate in song, the story of the work that he was performing. In giving his song such a respectful beginning, he was setting up the listener in a way that he or she could be bound to the performance through its entirety, with little to no distraction, thus being able to have the attention to be moved, both in mind and emotion. In other words, he was real. A powerful performer of the classical medium, Reggie spent a good deal of time on stage in performances of opera, African American Spirituals, as well as staged concert performances. He would also perform for friends and colleagues at informal Musikabende (musical evenings) where many were also able to enjoy his artistry.

His beautiful renditions of Handel’s “Ombra, mai fu,” can be heard here and of “Auf dem Hügel sitz ich spähend” from Beethoven’s “An die ferne Geliebte,” Op. 98, can be viewed here.

Reginald Bouknight was a beautiful soul in every way. He communicated his love of mankind through his professional lieder and opera performances and also through his presentations of songs and hymns in churches and communities around the U.S. and elsewhere. His beautiful musical gift being to aid in the process of ennobling mankind by tethering the intellect and emotion through beautiful music, thus proving what John Keats said in his immortal poem, Truth is Beauty, and Beauty, Truth. 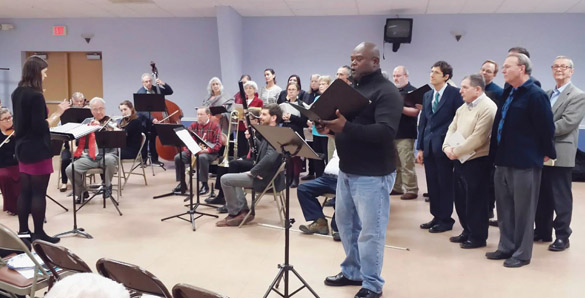