Ambassador Dmitry Chumakov:
Remarks at the Memorial Wreath-Laying Ceremony in Honor of the Alexandrov Ensemble 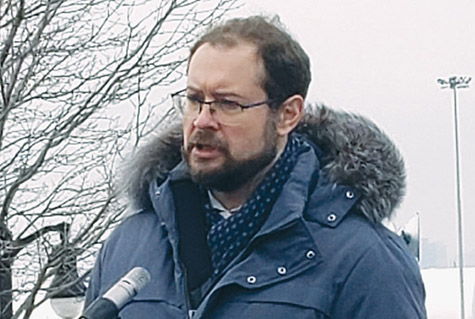 Today we have come here to honor the memory of the victims of a plane crash that took place in the skies over the Russian city of Sochi on 25 December 2016. On that Christmas Day, the world lost almost all of the members of the Alexandrov Ensemble, an outstanding philanthropist Ms. Elizaveta Glinka, journalists from Russian mass media, and the flight crew—nearly 100 passengers of that flight who were heading to Syria to organize a charity event.

This tragedy resonates in the hearts and minds of people throughout the globe. Our symbolic ceremony, which is being held on American soil, is another proof of that. What it shows is that human relations and friendly ties between Russians and Americans are indissoluble. We had also affirmed that in September this year, when we gathered at this very spot, by the Teardrop Memorial, to commemorate the victims of 9/11.

Amidst a very complicated international situation, it is the humanitarian ties that strongly bring us together. Russia has always stood for enhancing such contacts. Even today, with new outbursts of COVID-19, cultural people-to-people contacts do not stop but grow larger and stronger. In a sense, they even intensify, because if we learned one thing from the pandemic, it is definitely new ways and forms of communication.

Our words of gratitude go to the Schiller Institute and the Fire Department of the city of Bayonne, who for many years have been co-organizers of our memorial events. Your contribution to the friendship and solidarity of the people of Russia and the United States cannot be overestimated. Tragic events unite us, but we look forward to being united without them.