Malthus and the Mosquitoes

by Daniel and Lena Platt

Feb. 4—This is a chapter excerpted from the book, The Ants Will Come and Tell Me, by Daniel and Lena Platt. The book is a combination memoir/biography/history of post-war Guyana, adjacent to Venezuela (“British Guiana” before independence in 1966), and a case study in British colonial methods, as in this chapter in particular. Lena Platt is the daughter of the late Brindley Benn, a leading figure in Guyana’s independence movement and later a Vice Premier and a diplomat. Lena is a sister of Robeson Benn, currently the Minister of Home Affairs in Guyana.

A reflection on British Malthusian policies is of particular importance in the current global crisis, as the City of London is using the fake-science of the Green New Deal to cut off credit for fossil fuel production, industry, and agriculture globally, threatening the lives of billions. 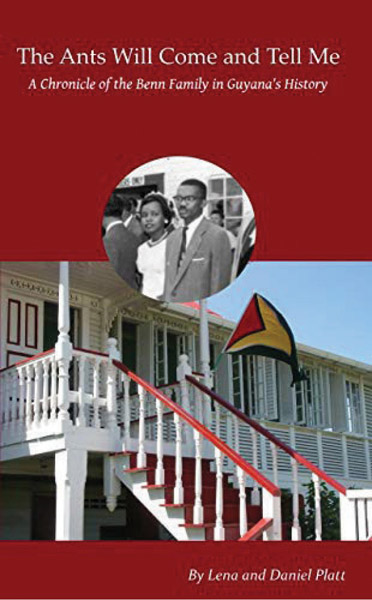 The British approach to economics developed along with their empire. Having studied previous empires, they understood that for an empire to enjoy durable success, the colonies must be kept backward and dependent, and that the people who reside in them must be discouraged from consuming the raw materials that the imperial center wished to plunder. It was from this standpoint that the British undertook a thorough study of the relationship of population growth to natural resources.

Their best-known result was the work of Parson Thomas Malthus, An Essay on the Principle of Population, published in 1798. In it, Malthus made the argument that population growth increases geometrically, while food production increases arithmetically, and that therefore population growth must be curbed to prevent starvation. Although history has disproven Malthus’ thesis,[fn_1] it has remained popular due to persistent propaganda, and enjoyed a major revival in the 1970s with the advent of groups like the Club of Rome, an organization of academics and other prominent people who demand that population growth be halted or even reversed. Their book, The Limits to Growth, played a significant role in the growth of the “Green” movement.

What is left unsaid by the promoters of Malthusian doctrine is that there is another dimension to the question of population growth. In a primitive economy based on hunting and gathering or subsistence agriculture, every adult is occupied full time in finding or growing the food required to feed his or her family. In a more advanced economy, inputs of energy and technology, such as for irrigation projects and mechanization of agriculture, make it possible for a farmer to produce more food than his family needs. This surplus production makes it possible to support other members of society who become educators, doctors, scientists, or engineers, or join other useful professions. The level of literacy and culture rises, leading to further progress.

For a nation’s economy to make the transition from one based on subsistence agriculture to a self-sufficient, industrial economy, this sort of specialization in the labor force is required, which in turn necessitates a certain minimum level of population density. For any given community, there must be enough farmers and other producers to create the surplus needed to support the teachers, engineers and others. The British sought to keep the population density of their colonies below the threshold necessary for industrialization, so that they would remain simply repositories of raw materials for extraction and export. They didn’t want British Guiana, for example, to develop the infrastructure and the skilled labor force required to process its own bauxite into aluminum, transport it, and export it. Therefore, they sought to keep British Guiana underpopulated.

According to the 2019 report of the World Population Review, Guyana ranks 221st out of 230 nations in population density, with an average of one person per square mile.[fn_2] There are many factors involved, including lack of health care personnel and infrastructure. But historically, an important cause of mortality has been malaria. Malaria is one of the three most deadly infectious diseases on earth. According to the World Health Organization, malaria killed 445,000 people in 2016.[fn_3] It is caused by a microorganism which is commonly spread by an infected female Anopheles mosquito, which thrives in tropical climates. The mosquito requires pools of standing water in which to breed, and these are abundant in Guyana where the poor drainage infrastructure cannot handle the heavy rains.

The world was largely defenseless against this disease until the development of Dichlorodiphenyltrichloroethane, commonly known as DDT. The Swiss chemist, Paul Hermann Müller, who discovered in 1939 that DDT could be used against mosquitoes, was awarded the Nobel Prize in Physiology or Medicine for his contribution to the battle against infectious disease. The British came to recognize DDT as an obstacle to their efforts to suppress population growth in their colonies. A propaganda campaign was initiated to ban it, and it was typically framed as a concern that DDT might harm not only mosquitoes, but also more attractive creatures such as birds (as in Rachel Carson’s famous book, Silent Spring.)

The science behind these allegations was sketchy at best. One study claimed to have found that female birds that were fed DDT produced eggs with thinner shells, but it was subsequently revealed that the subject birds were being fed a low-calcium diet.[fn_4] 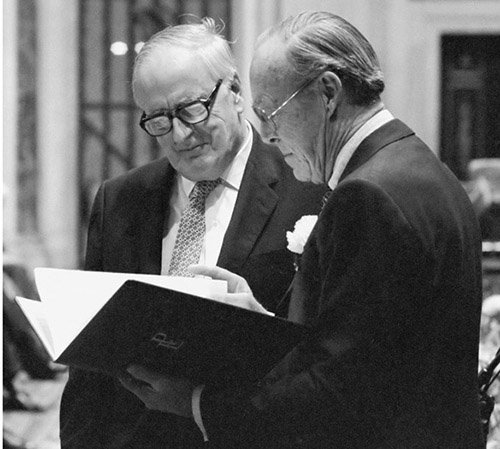 Anefo/Rob C. Croes
Alexander King, co-founder of the Club of Rome (left): “My chief quarrel with DDT, in hindsight, is that it greatly added to the population problem.” Here he is with Prince Bernhard of the Netherlands, in 1987.

But one individual was more candid in his objections to DDT—Dr. Alexander King, a British chemist who co-founded the Club of Rome in 1970, along with Italian industrialist Aurelio Peccei. In an essay published in 1990, King wrote of the situation in British Guiana after DDT was introduced there in 1946:

My own doubts came when DDT was introduced for civilian use. In Guyana, within two years it had almost eliminated malaria, but at the same time the birth rate doubled. So my chief quarrel with DDT in hindsight is that it greatly added to the population problem.

Due to the efforts of King and others, DDT was banned in the U.S. in 1972, and restricted worldwide by various international agreements. Malaria, which had been nearly wiped out in the early 1960s, came back with a vengeance. Robert Gwadz of the U.S. National Institutes of Health said in 2007, “The ban on DDT may have killed 20 million children.”[fn_5]

Another prominent Briton who has weighed in on this topic is Prince Philip, the Royal Consort to Queen Elizabeth, who told the Deutsche Presse Agentur (DPA) in August of 1988: “In the event that I am reincarnated, I would like to return as a deadly virus, in order to contribute something to solve overpopulation.”

In 2011, Dr. Leslie Ramsammy, who at that time was Guyana’s Minister of Health, wrote:

In my own country, Guyana, in the 1940s and 1950s, more than one-third of the patients in our hospitals and almost 20 percent of all deaths were due to malaria. The renowned malaria scientist, George Giglioli, used DDT to stop malaria on the coast of Guyana, where almost 90 percent of the population lives. Now, 60 years later, malaria has not returned to the coast. But malaria continues to rage in the hinterland of Guyana and is likely to do so for many decades. That is unless the present move to eliminate DDT is terminated.

... When Guyana used DDT, we collected meticulous data showing no public health harm from its use and great public health benefits. Yet political and financial pressures plagued and eventually ended Guyana’s malaria eradication program. For us, the opposition to DDT is a case of deja-vu and we are well aware of the formidable power of the movement against use of DDT in malaria programs. Some United Nations organizations, such as the U.N. Environment Program and Stockholm Convention Secretariat, are ratcheting up international pressure for global DDT elimination by 2020. They are doing this even though those UN agencies tasked with malaria control value DDT highly. Existing international regulations already frustrate our attempts to use DDT, as illustrated by prohibitions on DDT transport.

... As I am responsible for the malaria program in Guyana, I can attest to the lethal consequences of anti-DDT policies and regulations. It would be shameful for us to allow needless deaths to occur and not try to protect one of our most valuable tools. Anything less than the efforts outlined above will hopelessly marginalize the global fight to eradicate malaria and other devastating diseases.

My challenge to everyone engaged in the reckless move to ban DDT is this: is it worth the millions of deaths of poor people and their children?[fn_6]

Of course, from the standpoint of the Empire, raising the mortality rate was a “regrettable” but necessary measure to suppress population growth and keep Guyana’s economic status that of a helpless client state. The laissez-faire approach to malaria in the colonies was another element of British strategy.

[fn_2] According to WorldPopulationReview.com, [back to text for fn_2] 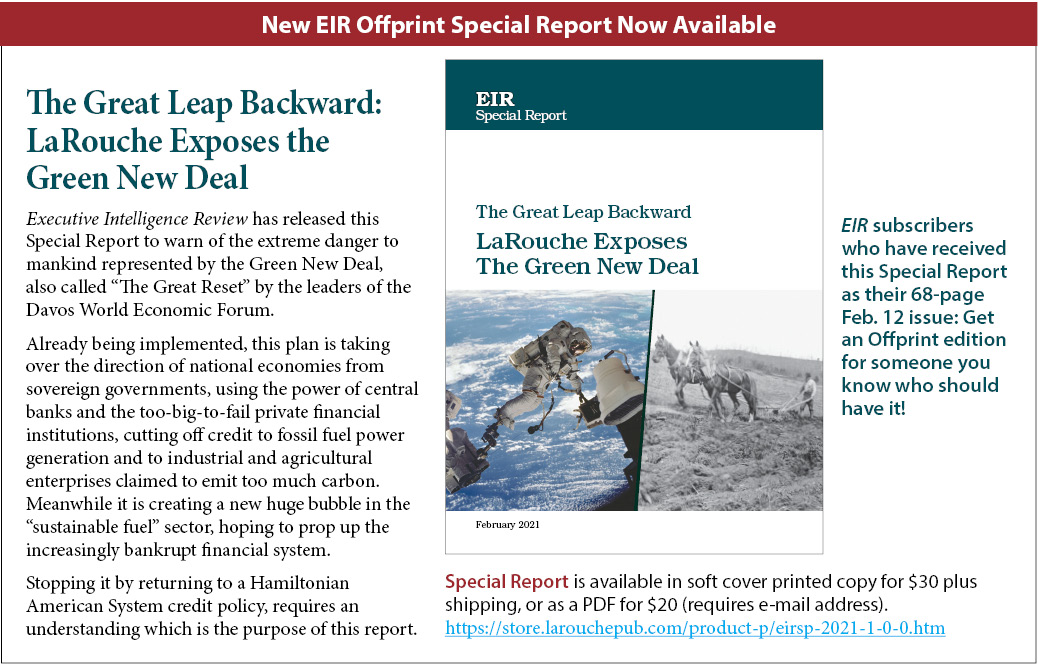