Afghanistan May Be Used For Further Harm

This is an edited transcript of the opening remarks, as delivered, by Ivan Safranchuk, to the seminar, “The Humanitarian Crisis in Afghanistan: Toward a Long-Term Solution,” co-sponsored by the Russian International Affairs Council (RIAC) and the Schiller Institute (SI) on February 10, 2022. Mr. Safranchuk is the Director of the Center for Eurasian Studies of the Moscow State Institute of International Relations (MGIMO). The full video of the seminar is available here. 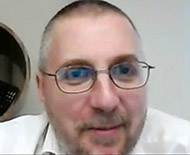 Colleagues, I’m very sorry for joining you with this delay. However, I see an opportunity in this delay, because now I have the chance to endorse my very big support for what has just been said by Graham [Fuller]. I very much sense—in his call for more common views—the times when I was a very young person. I understand Mr. Fuller was already quite a man in his most active years—I mean, the times of perestroika and the early ’90s.

I remember very much how that atmosphere was different from what had been before, and what has been after that, and that is why mindset is also important. Not only some core interests and historic interests, but the ability to take fresh approaches. Unfortunately, we are not anywhere close to a more cooperative mindset. We are very much now in the global Great Game competition, and increasing elements of regional competitions.

In Afghanistan, right now, we do not have active competition between great powers. But we have a very unfortunate situation when Western countries, after withdrawing their troops, abandoned Afghanistan. There is nothing new in this for me. I’ve been participating in various events, including in events of the RIAC, with various partners. Since last September-October, in several events I was participating with RIAC, I was saying actually all the same things: That after winter, most probably Afghanistan would be left on its own, because Taliban would not demonstrate enough flexibility and softness to deal with the international community, on the terms which the international community has posed, hoping that the Taliban would be far softer and moderate.

So this mismatch, where Taliban is not ready to move with a softness, and where the international community needs the Taliban to move to be able to cooperate with it, after various conditions had been posed, this mismatch is still very big, and it is uncoverable. I was thinking it was going to happen in this way since last September. And unfortunately, I’m very unfortunate, that I’m tending to be right on this regard.

That a humanitarian crisis in Afghanistan is taking place, no question about it, but this humanitarian crisis is not of the scale that the Western community feels shame and rushes to do something for Afghanistan. Afghanistan is going to be left very much on its own. And by now, we have fully shaped the situation where there is a small group of countries which do not want the government of Afghanistan to ultimately collapse. This group includes, of course, Pakistan; also Qatar, United Arab Emirates, Saudi Arabia, Turkey; and Russia, China, and Iran also lean toward this group, though with some conditions, and maybe not fully. But clearly, these three countries [audio loss].

So, there is a group of countries which is sort of positively or negatively neutral.

But I think that there is a chance that there will be a group of countries that may become interested in the collapse of the government of the Taliban, to try to make Afghanistan a regional problem, a problem for Russia, China and Pakistan, first of all; maybe also for Iran. And then we will have a very active regional competition. I think everyone understands now that, although Afghanistan is now a regional problem—we are living in a situation when problems are going to be mostly regional, no question about it—but, I think that there will come a time, for regional countries in particular, to choose: if the crisis is facilitated by outside places, whether to take all the consequences on themselves, or to help transfer some of these consequences to other countries. I don’t want to go too deep into this, but I want to remind you of the refugee crisis which was so rudely developed on the border of Belarus and Poland, in November.