This article appears in the March 11, 2022 issue of Executive Intelligence Review.

Emergency Food Relief and Production Contingencies,
Or Else World Famine 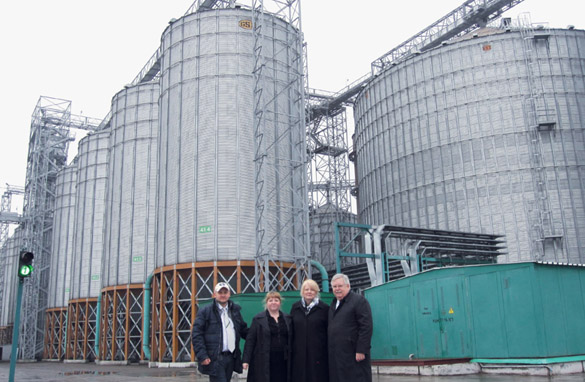 U.S. Embassy, Kyiv
Russia and Ukraine together are the world’s largest exporters of wheat. Here the UkrLandFarming Lokhvytsia Silo Complex in the Poltava Region of central Ukraine.

March 6—The stoppage of grain, oilseeds, and fertilizer from the Ukraine-Belarus-Russia agriculture zone is a world-scale emergency, amidst pre-existing global shortages and hyperinflation of both farm outputs and inputs. The mass suspension of food supplies results from sanctions imposed by the U.S./UK and EU, from the strife in the Black Sea Basin, and other, related geopolitical disruptions.

For wheat, Russia and Ukraine together are the largest exporters in the world. For fertilizers, Russia and Belarus together are in the top ranks. Already, prior to the Russian military operation in Ukraine, U.S. sanctions forced Lithuania to shut off rail transit of fertilizer from Belarus to the Baltic seaport of Klaipeda, early in 2022. Belaruskali, one of the world’s largest fertilizer exporters, was a major supplier to Brazil, India and China, now cut off.

The immediate impact of all this hits the wheat import-dependent nations of the Middle East/North Africa (MENA) region, many of whom are 70-80% reliant on wheat from Russia and Ukraine, which now is suspended. Several secondary suppliers, e.g., Hungary, have suspended wheat exports. France has exportable wheat, but a limited amount. Italy, a supplier of processed wheat foods to Libya, for example, has now cut back its pasta production, because its wheat supply from the Black Sea is cut off.

CC/DOMANTAS
The Baltic seaport of Klaipėda, Lithuania, a major shipping point for Belarus fertilizer, until stopped by U.S. pressure February 1.

The emergency is not at all confined to the 18 MENA nations. Turkey is 87% dependent on Russia and Ukraine for wheat imports; other nations will be affected. Nor is the emergency confined to wheat. For example, India has been obtaining over 75% of its sunflower oil imports from Ukraine, the world’s largest sunflower producing and exporting nation. The prices of foodstuffs and farm inputs are skyrocketing.

Moreover, the sudden and prospective food shortages of all kinds are an instant crisis because of the lack of alternative supplies worldwide. This is the direct result of the policy of decades of deliberately disallowing reserves, as ordered by the 1995 World Trade Organization (WTO), whose rule is that national food and commodity stockpiles “distort trade.” By that, they mean the trade dominated by the Big Food and agro-chemical transnationals, associated with Wall Street and London, not food exports and imports in the interest of the nations involved. 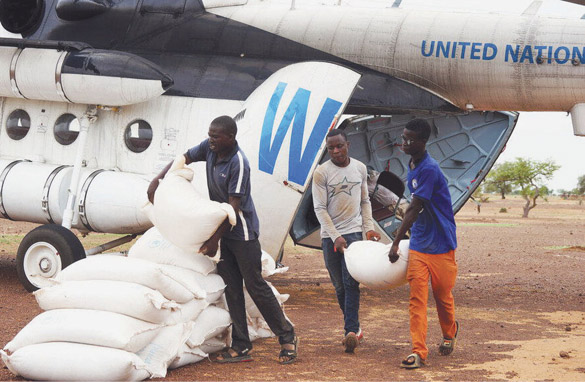 The stockpile issue also reflects that the volume of world food production is way below need. By the rule of thumb that each person should have half a ton of grains (of whatever kinds, per cultural preferences), produced yearly for consumption directly and indirectly (through the animal protein chain), and for reserves, disasters, spoilage, etc., the world grains output (all kinds) should be well over 4 billion tons a year, but it is not even 3 billion. For reference, the rank order of global production of the three major grains is: corn/maize, wheat, and rice. The rank order of their volume traded (in recent times) on world markets, is: wheat (205 million metric tons, mmt), corn/maize (200 mmt), and rice (50 mmt). Production and supplies are set to plunge, given fertilizer shortages, fuel price hyperinflation, and all other disruptions.

Even before the pandemic and its disruptions, over 800 million people out of the world’s 7.8 billion, lacked enough food. Now that figure is higher, and of those, more than 258 million are “marching toward starvation,” as David Beasley, the Executive Director of the World Food Program, has warned. These people are completely food aid dependent in 43 countries.

It is urgent that collaboration take place among leading agricultural nations and farming experts to mobilize for both emergency relief—making best use of the severely limited supplies, and for cranking up production in the crop cycles of the Northern and Southern Hemispheres. 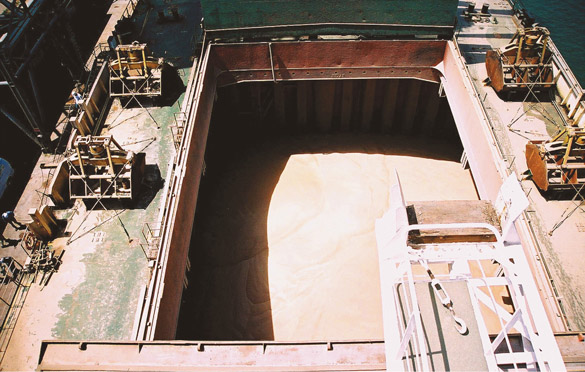 The situation of Egypt epitomizes the wheat shock. Egypt is wheat import-dependent, but comparatively well-positioned relative to neighboring nations, because it has at present an estimated nine months of wheat on stand-by. But it has to continue to purchase wheat to maintain that buffer. Normally, Egypt relies on Russia and Ukraine suppliers for 75% of its wheat, and over 10 bids usually come in when Egypt issues a tender. However, its tender of Feb. 26 (for late March-April delivery) had to be cancelled, because only one bid came in, which is invalid under Egyptian law. A follow-up tender, deadline Feb. 28, did get three bids (two from French firms, and one—unusually, from the United States), but there is no basis for hope for future purchases. The situation in other African and Southwest Asian nations is acute.

Wheat prices are soaring worldwide. The price of wheat has jumped 55% since before the Russian military deployment into Ukraine. The expense to line up relief food for Yemen, Syria, Afghanistan and 43 nations worldwide, where emergency supplies are a matter of life and death, is a horror story.

CC/Ashley Dace
The suspension of imports of grain, oilseeds, and fertilizer from Ukraine, Belarus, and Russia by U.S./UK/EU sanctions only exacerbates the world-scale food shortage emergency. Shown: the grain terminal of England’s Port of Tilbury on the Thames.

The world fertilizer supply picture is a disaster. Prices for the various types have tripled or worse, over the past 18 months, and shortages—no matter the price—are ever more frequent. This runs parallel to the hyperinflation and breakdown in energy supplies, since natural gas is a feedstock for certain nitrogenous fertilizers. Farming is slammed in multiple ways by soaring prices for diesel, propane, electricity as well as natural gas. Besides fueling machinery, power is needed to dry crops, for transportation, water management, for other farm purposes, and for food processing. There are shortages and high prices of farm chemicals as well, for weed and pest control. On Feb. 14, Bayer declared force majeure, and suspended contracts to deliver the herbicide, Round-Up, because of the shortage of glyphosate.

Add to this picture the huge impact of sanctions and other actions against Russia and Belarus. Russia has been a foremost producer and exporter of all types of NPK (nitrogen, phosphorous, potassium) and other crop nutrients. Belarus provides 20% of the world’s potash. Not just the volume, but the reasonable prices have made fertilizer from these two nations invaluable in global food output. Now all that is disrupted.

On March 4, the Russian Commerce and Industry Ministry issued a directive, asking the Russian fertilizer companies to cease exports and favor homeland farmers, to guarantee maximum agriculture output. This backing of domestic production is extremely valuable, but the lack of Russian fertilizer inputs to world agriculture is a blow. Note that on March 1 the new Russia-China agreement went into effect for Russian wheat to go to China (lifting all former restrictions), which was announced Feb. 24, after the Feb. 4 in-person meeting between President Vladimir Putin and President Xi Jinping.

The lowered forecasts coming in for the 2022 crop year are frightening. World wheat output was expected down by at least 10 mmt, even before the Black Sea disruption and new rounds of sanctions took place. Drought still extends over much of the North American winter wheat belt (planted last Fall, and starting up this Spring). The current harvest in the soybean belt of Brazil, Paraguay and Argentina will be drastically lowered by drought. Paraguay’s soybean harvest is expected to be down by half.

The vulnerability to drought, and to other disasters, is the direct consequence of the lack of construction of water and disaster-defense infrastructure over the last 50 years of the Wall Street/London casino economy, which favored speculation, not production. Now this stupidity is further promoted under the banner of the Green Reset. It is actually a depopulation policy.

This snapshot of facets of the crisis in world food and farming indicates what must be addressed and forced into public, expert discussion, for action solutions. An emergency mobilization is needed now to enlist the forces necessary to set the agenda and carry out the emergency relief and production measures. This is urgent, and fits into the framework outlined by the February Schiller Institute call for a new security and development architecture for the world.