Famine Was Spreading Before ‘Ukraine’; Hundreds of Millions of Lives at Stake 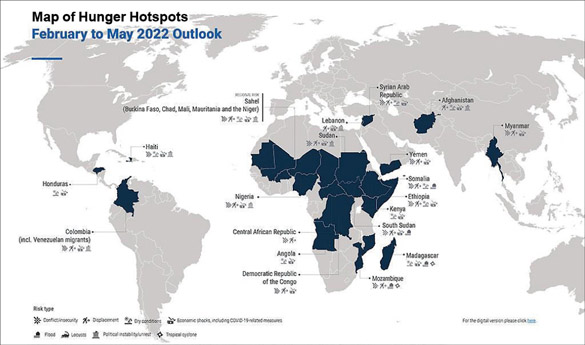 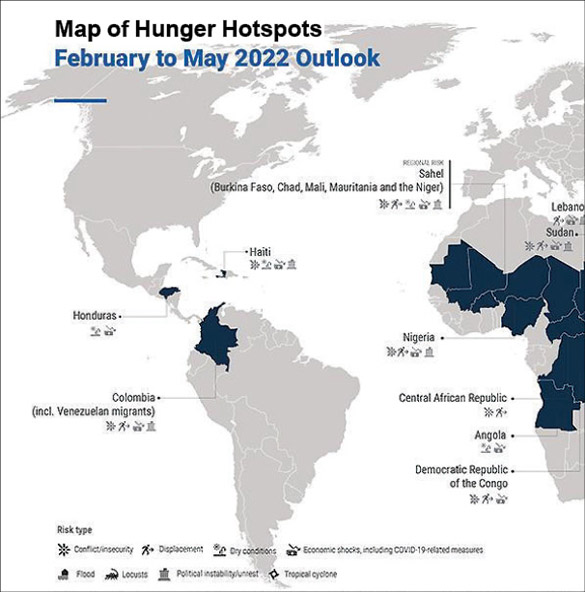 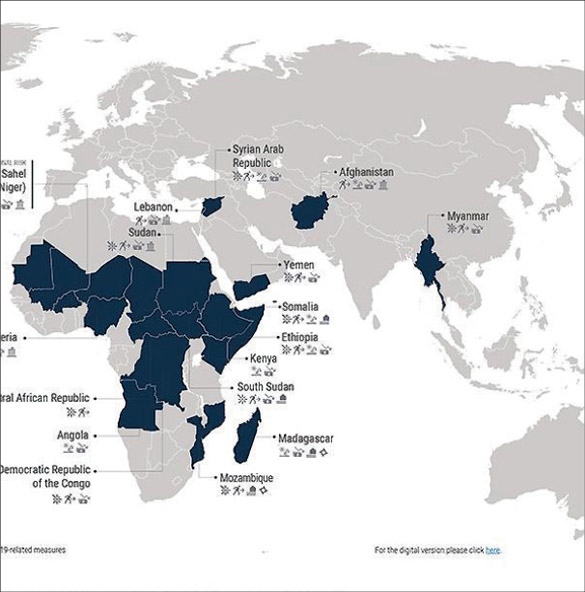 March 11—Before Russia’s military operation in Ukraine began in February, famine was already spreading in many parts of the world, with a media near black-out of the existence of mass suffering in food-short Afghanistan, Yemen, Congo, Haiti, and other places of acute need. There has been no concerted world action. In Afghanistan, 97% of its 39 million people lack reliable access to sufficient food. Of those, 23 million are near the brink of starvation; one million children are at risk of death from malnutrition, and another 3 million are headed the same way. Not just COVID-19, but polio and other diseases, preventable with modern medicine, are spreading.

Now add to this, the sudden impact of the loss of worldood and fertilizer supplies from the Ukraine-Russia-Belarus agriculture region, whose Black Earth belt has historically been known as the world’s breadbasket. Prompt and concerted action among nations—as called for by the Schiller Institute’s mobilization for a new world security and development architecture, can reverse the immediate plunge into mass starvation.

Ukraine and Russia in recent years have accounted for a third of the 205 million metric tons (mmt) of wheat exported yearly globally, on which many nations depended, especially those in MENA—Middle East/North Africa, Turkey, and other neighboring areas. Nearly 50 countries have depended on Ukraine and Russia for at least 30% of their wheat. Russia and Belarus are also top-rank fertilizer suppliers to the world.

These supplies of food and fertilizer are now all but cut off. Besides the logistics blockage and damage, Ukraine this week formally announced a ban on exports of wheat, barley, corn/maize, sugar, sunflower oil and other food commodities. Russia has banned wheat exports to Europe and other localities, while increasing commitments to China. Russia’s Ministry of Industry and Trade has imposed a six month ban on fertilizer exports. Until now, Europe got 25% of its basic NPK—nitrogen, phosphate, and potassium—fertilizer from Russia, directly or indirectly. 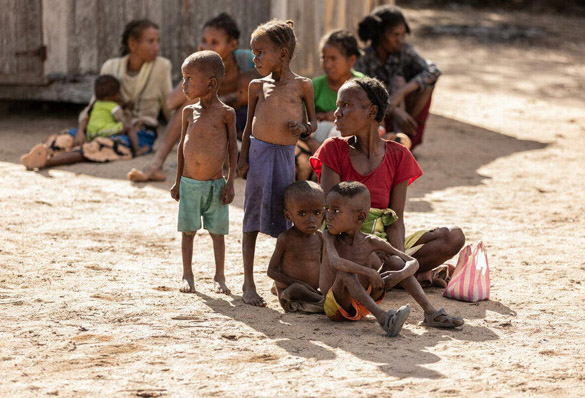 There are many more such announcements. Indonesia—the world’s biggest supplier of edible oil—palm oil—has reduced exports. China has a fertilizer export ban in effect until June. These kinds of disruptions come on top of major world food deficits, and also pre-existing problems in fertilizer shortages and soaring farm input costs. Food prices worldwide are now 20% higher than this time last year, and rising fast.

Millions of Lives at Stake

Two lines of response are needed: direct existing stocks of food to all priority locations to save lives; and second, to produce more.

Directed food relief. The gap in the world export flow for wheat and other grains that won’t be shipped from Ukraine in the immediate period (some of Ukraine’s marketing-year of grains have already been shipped out) is 20 million metric tons (mmt)—both wheat and corn/maize, according to Food and Agriculture Organization (FAO) Chief Economist Maximo Torero. He spoke on food security today to CGTN from the FAO’s 42-nation Asia-Pacific Regional Conference in Dhaka, hosted by Bangladesh. His view is that the gap could be “made up” from alternate sources in India, the United States, Australia, and Argentina. He reports that India has 7 mmt of exportable wheat. 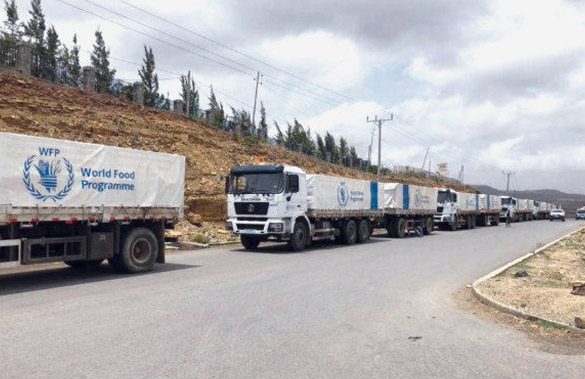 WFP
The UN’s World Food Program operates fleets of trucks, airplanes, and ships to deliver emergency food aid around the world. Here, a WFP convoy of 50 trucks bearing 900 metric tons of food and other emergency supplies, arrives in Mek’ele, the capital of the Tigray Region of Ethiopia. July 12, 2021.

A coordinated intervention is required to make such short-term “compensations” happen, for both commercial and food relief transactions, not just for wheat and grains, but for all staples, including edible oils, sugar, animal proteins, and so on. There is no time to lose.

For example, Lebanon has barely a month’s stock of wheat, and the government has issued orders that wheat can be used only for bread. Syria has already introduced wheat rationing. Morocco has five month’s supply left. Egypt—the world’s biggest importer (13 mmt in 2021), is comparatively all right, with nine months of wheat in storage, but must continue to import, to keep up the buffer. In the meantime, Egypt has banned exports of other staple foods, including lentils and beans. It has suspended pasta exports, which used to go to Senegal and other African nations, as well as Saudi Arabia. This is a snapshot of the dire commercial picture.

The dimensions of what is needed for food relief were summarized this week by David Beasley, Executive Director of the UN’s World Food Program, writing from Poland in a March 7 guest column in the Washington Post:

The Ukraine War Could Leave Hundreds of Millions Hungry Around the World. Between 2019 and today, the number of people at the brink of famine has risen from 27 million to 44 million. An additional 232 million people are just one step behind that category. WFP helped about 128 million of these individuals last year with cash and food assistance…. [But with funding leveling off] we have had to slash rations to refugees and other populations across East Africa and the Middle East. Halved rations mean hungry children eating the equivalent of just one bowl of cereal each day.

Overall, there are well over 800 million people going hungry, with millions heading into the extreme phase. 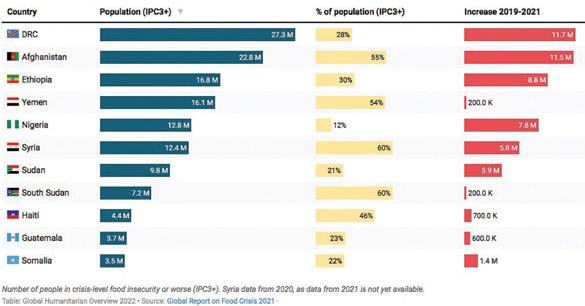 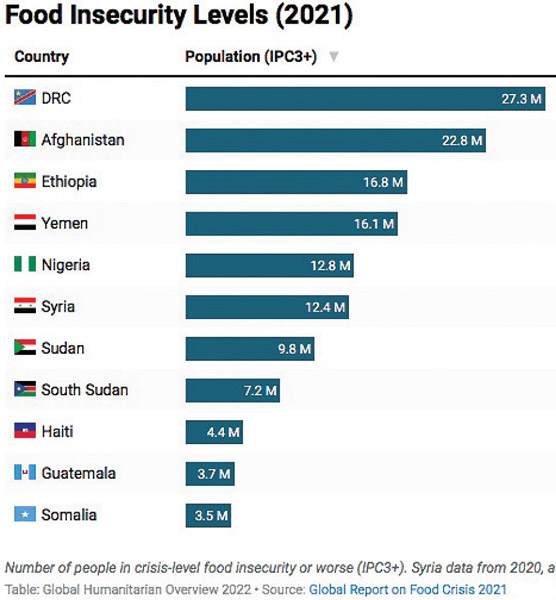 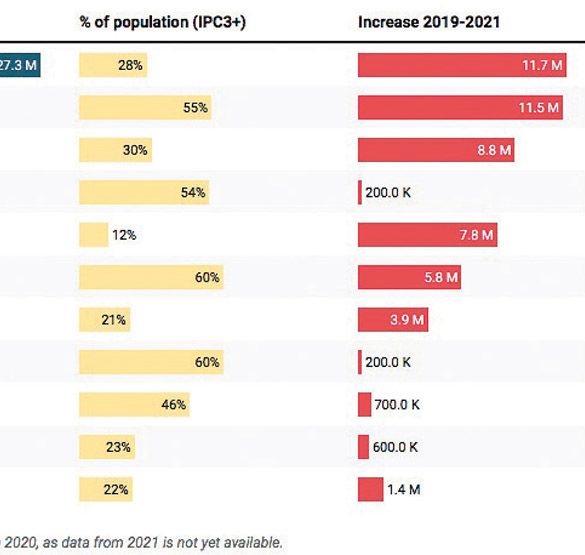 Increased production. By all accounts, the volume of world production of grain staples should be doubled. Immediately, a mobilization is required to line up the fuel, fertilizer, chemicals, seeds, and all other inputs needed for the seasonal crop and livestock cycles in farmbelts around the world, to maximize output. This begins with the Northern Hemisphere planting season, which is starting in the lower latitudes right now. We must support farmers and ranchers with all necessary financial measures, from seeing that production credit is available, to extending debt moratoria, and enacting price controls wherever necessary to stabilize production and consumption both.

Government backing for agriculture is made all the more necessary by poor weather and crop prospects in some of the world’s chief grainbelts. It is extremely dry in the U.S. winter wheat belt (planted in the Fall, harvested in late Spring.) Some call it, the worst in 1,200 years. In China—not a wheat exporter, but the second largest wheat-growing nation in the world after the EU, the 2022 wheat harvest will be lowered significantly by the wet planting conditions last Fall.

If nothing is done to mitigate the fertilizer crisis, yields of cereal grains in 2022 will fall by 50%, warns Svein Tore Holsether, President of Yara, one of the top three fertilizer companies in the world, operating in 60 nations. “It’s not whether we are moving into a global food crisis, it’s how large the crisis will be.”

Governments must drop all the green anti-food, anti-population measures. That is the immediate mandate to deal with the crisis. Cancel the European Union’s “Farm to Fork” Green Deal agriculture policy decreed in 2020. It specified cutting land area, fertilizer, insect control chemicals, and other dictates, by 2030, the result of which will be the equivalent of eliminating food altogether for hundreds of millions of people. In the U.S., nullify Section 216 of President Biden’s Executive Order 14008 of 2021, which contains the so-called “30 by 30” program, and related plans. This Executive Order calls for cutting 30% of U.S. land and water out of food production, and any other economically productive activity by 2030.

What a dangerous disgrace that farmers and ranchers have had to take to the streets to protest for the right to produce food, from Spain to Germany to India. In the U.S., cattlemen are leading the charge in the courts, Congress and the White House, to retain the right and ability to provide meat to the food supply.

What will the policy response to the food crisis be? Today’s G7 Extraordinary Agriculture Ministers’ Meeting, by video, on the subject of Ukraine, issued an 11-point joint statement, that absolutely stuck with the green agenda, and do-nothing approach to starvation. The statement attributes, in passing, the “already severe situation” of food shortages, that pre-dates the Ukraine conflict, as “caused by COVID-19, climate change and biodiversity loss,” with no acknowledgment that the Wall Street/London monetary system has for years dominated food chains, underpaid farmers and ranchers—below their costs of production—and kept down whole nations, in poverty and food-relief dependence.

Furthermore, these same financial forces, as their system was declining, have been conducting the geopolitical bloc aggravation that created the NATO conditions that are impossible for Russian security. The G7 agriculture leaders simply talk the talk about “food security” and standing by Ukraine, but offer worse than nothing.

The Schiller Institute campaign for a conference and dialogue to bring into being a new security and development architecture for the world is definitely the venue for those activating for agriculture productivity and to save lives. 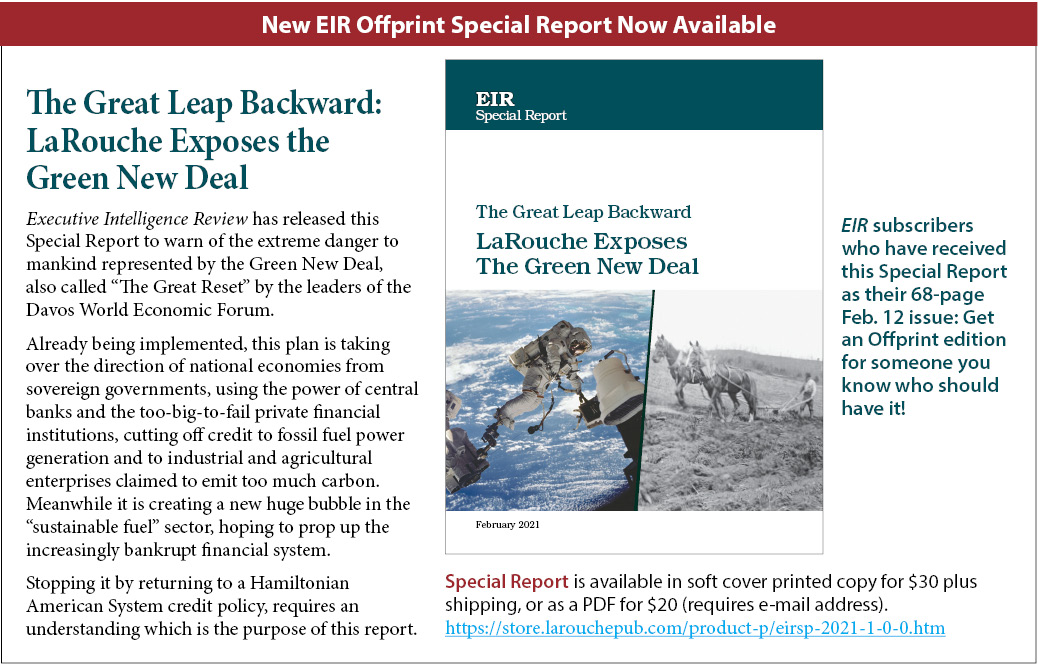