NATO Is Crashing the Economy
and Banking System 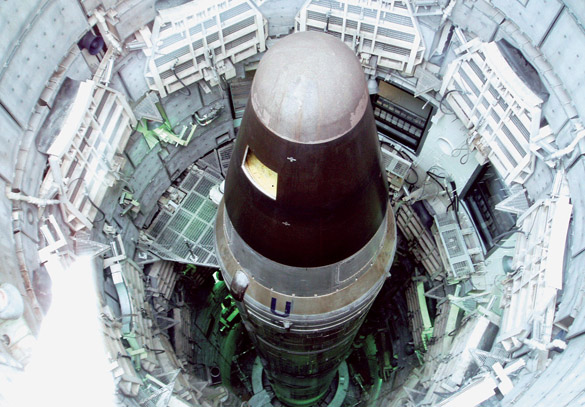 Telstar Logistics/Todd Lappin
The U.S. and NATO are willing to engage in a nuclear confrontation to destroy the Eurasian nations resisting the “Great Reset” most strongly.

March 8—As forecast with awesome precision by Lyndon LaRouche 10 years ago in a webcast, NATO is crashing the global financial system and the economy through a world war against Russia. LaRouche broadcast in December 2011, when the regime-change wars had reached the stage of the murder of Colonel Qaddafi of Libya, that “What is intended [by these wars] is a confrontation with Russia, the principal nuclear power on this planet.” London and Washington, he said, intended to threaten world war—nuclear war.

Most of this bailout debt, the Wall Street debt, the London debt, is unpayable. It is absolutely worthless. It can never be repaid. And the only solution for this thing was to have this war. And if the British Empire came out as the victor in such a war, with the support of the United States, then they would cancel their debts, and they would go about their business. But the population of the world would be reduced, greatly, through hunger, disease, and so forth.

Led by London, Wall Street and Washington, NATO is bringing the world economy down willfully and deliberately, although with “unintentional” and disastrous consequences. The “Great Reset” in the NATO nations is being attempted by an all-out economic war to eliminate the Eurasian nation resisting it most strongly. The voice which blared this out most graphically was that of Germany’s immediate past President Joachim Gauck, who declared at a European Union meeting March 10, “We can also freeze for freedom.” To which he cynically added: “A general dip in our affluent lives is something people can endure.” 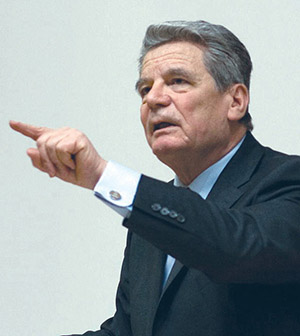 Major European governments, particularly Germany’s, fear telling their people that Russia’s [unsanctioned] energy exports to Europe are banned. But they are banned, in effect, by intimidation of any company that thinks of buying Russian petrochemicals. Witness the abject apologies of Shell Oil after it dared make a Russian oil purchase. The same is true for metals and fertilizers; Russia is a huge exporter of both. It is possible, even likely, that by mid-March all Russian exports of natural gas, oil, and fertilizers to Europe and the United States will have stopped, even if a peace agreement were to have been reached. An estimate made March 11 by Oxford International Energy Studies was that 70% of all Russian oil exports to the West, between three and four million barrels daily, had stopped or were stopping.

Fossil fuel prices made another huge jump over the weekend into Monday morning March 7, reaching $125/barrel for West Texas Intermediate oil and in Europe €375/MwH (or roughly $3,900 per 1,000 cubic meters) for natural gas, although they then lost a part of those increases. As for coal, “Monday’s price for thermal coal, used to produce electricity in coal-fired power plants, was $435 a ton. According to Jason Bostic, Vice-President of the West Virginia Coal Association, that’s the highest price in history, by about $200,” reported West Virginia’s MetroNews March 9.

Over the 48-hour period, the futures prices of half a dozen important metals, and all petrochemicals, have risen by at least 50-100% each. This cannot happen without hundreds, perhaps thousands of major commodity producers, trading corporations and banks receiving margin calls because their hedged short positions must be closed out at very great loss.

This happened in fact: Three large losers whose predicaments became publicized were Peabody Coal, the biggest North American coal company, which required an emergency loan at 11.5% from Goldman Sachs to meet its margin call; China Construction Bank, one of the four biggest state commercial banks in China, which got a grace period for a very large nickel-trading margin call when the London Metals Exchange (LME) was compelled by extreme price volatility to close down for the entire week of March 7-11; and Tsingshan Holding Group metals trading company, which faced a gargantuan $8 billion-plus margin call. It, too, was “saved” by the LME closing down, but despite a large loan arranged from JPMorgan Chase and several Chinese banks, Tsingshan Holding—the world’s largest producer of nickel and stainless steel—still faces bankruptcy, and JPMorgan Chase is apparently its largest and most exposed counterparty in financial risk products.

These examples sufficiently indicate what has happened to hundreds, perhaps thousands of large and medium-sized companies involved in production, trading and hedging of metals, petrochemicals, and strategic materials substantially produced in Russia. And everywhere there are secondary effects. Chinese refining companies, for example, which are major exporters of diesel and gasoline products refined from imported oil, have been asked by Chinese authorities to stop these exports due to uncertainty of Russia oil imports, reported OilPrice.com March 11. This is despite Russia’s big Surgutneftegas having allowed Chinese companies to purchase oil without letters of credit, according to Reuters March 11. 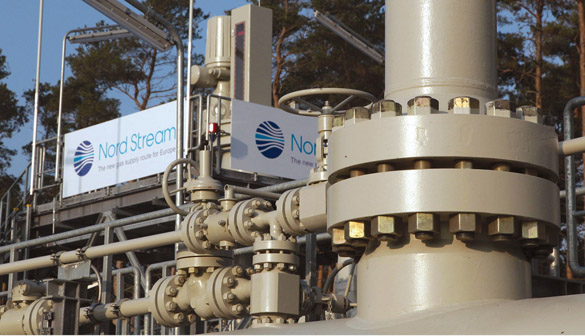 gazprom.ru
Russia’s military operation in Ukraine has provided the excuse to extend the ravages of the Green New Deal (“Great Reset”), which has already halved investment in liquid hydrocarbons—oil products and natural gas. Shown: a Nordstream gas pipeline facility at Lubmin, Germany.

Worse are the ravages of the Green New Deal or “Great Reset.” EIR has previously reported the drastic drop in global investment in liquid hydrocarbons—oil products and natural gas—from $800 billion/year less than a decade ago to $350 billion/year in 2020-21, due to financial pressure campaigns led by the likes of Mark Carney, Sir Michael Bloomberg, Larry Fink’s BlackRock, Inc. and others; and the drop in new discoveries from 15 million barrels of oil equivalent in the middle of the last decade, to less than 5 million in 2021.

The result today is that OPEC has difficulty increasing production as many of its members cannot produce their quotas. U.S. shale producers told Biden Administration representatives at a conference in Texas last week that they cannot increase production because their financial factors will not give them credit. West Virginia coal companies, seeing a coal price higher than their wildest dreams, cannot increase production due to lack of financing, according to West Virginia’s MetroNews report cited above.

The market for financing oil and gas trading is reportedly losing liquidity. Credit default swaps (CDS) on Russian debts are now reportedly considered unlikely to pay out as those debts default; CDS of non-Russian companies linked to the same commodities have suddenly jumped in price, requiring more margin calls. Most Russian commodities like metals have become unacceptable as collateral for any company’s trading credits, meaning those credits must be repaid—more margin calls. In spite of immense amounts of Fed-printed liquidity, the interest rate for borrowing against commercial paper rose by 0.5% on March 7. The repo market expert Zoltan Pozsar continues his daily assertions that the interbank lending market is starting to seize up as it did in mid-September 2019, requiring emergency liquidity of hundreds of billions from the Fed.

The futures prices have already fallen back from the unbelievable March 7-9 levels, but inflation continues to march upward, combined with shortages, and in some European and developing countries, the breakdown of transportation services due to fuel prices and strikes. 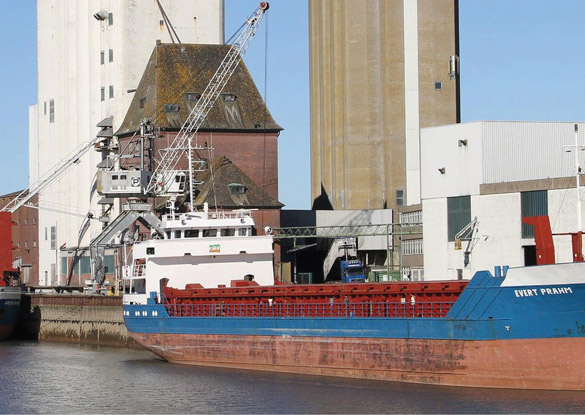 pixabay
Widespread famine is humanity’s near-term future due to deliberate Green New Deal policies of reducing cropland under cultivation, limiting the use of fertilizer, and eliminating fossil fuels. Shown: a grain cargo ship docked at a grain terminal on the North Sea.

On March 10 the American Banker publication headlined, “A big bank is in trouble, and no one knows which one or why,” using FDIC data to determine that a bank of somewhat over $100 billion assets has just been put into the FDIC’s “troubled” category. That is not, of course, really a “big bank” by post-Glass-Steagall standards. But on March 9 the same publication had reported this about JPMorgan Chase Bank:

Quarter-to-date performance was down 10% last Friday [March 4 —ed.], and “things have changed since then,” Troy Rohrbaugh, JPMorgan’s global head of markets, warned [March 8] at the RBC Capital Markets Financial Services conference. Due to turbulence, which is showing up in emerging markets tied to Russia and in markets affected by the various economic sanctions, JPMorgan will provide no further guidance for the first quarter, Rohrbaugh said. “The markets are extremely treacherous at the moment,” he said. “There’s a lot of uncertainty. There are a lot of clients that are under extreme stress that creates potential very significant counterparty [bank—ed.] risk exposure, and the movements here are extremely significant and playing out in real time.

That’s a very worried “big banker.” The biggest European banks have already recorded multi-billion losses as a result of the all-out economic war by NATO trying to collapse the Russian economy. Those losses are spreading to the largest wealth management firms, BlackRock having reportedly lost $17 billion and PIMCO to lose $2.5 billion from Russian “defaults”—although the Russian foreign debts will be paid in rubles.

The underlying commodity price inflation will keep marching upward, and the cracks in the international debt and trade credit system will widen until they explode the credit markets. There is one way out: Fast “Glass-Steagall” bank separation, capital and exchange controls by nations; and establishment of “Hamiltonian” national credit banks in every nation.