Sergey Lavrov to International Media:
World Order Is at Stake in Ukraine 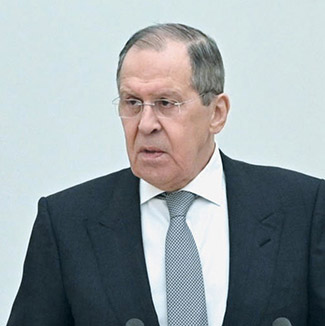 March 6—In an extraordinary, wide-ranging March 3 interview with several Western media (ABC, NBC, France24) as well as PRC Media Corporation, RT, and ITN, Russian Foreign Minister Sergey Lavrov provided in-depth answers to many questions. Lavrov dealt calmly but bitingly with the ID format questions from American reporters whom he accused of reporting on the current situation as if it were something out of “a Hollywood ‘action movie,’ unfolding according to the script about absolute evil and absolute good which was written by your colleagues.”

What is actually at stake in Ukraine? Ultimately, Lavrov said, it’s not just about the Ukrainian situation:

The efforts to demilitarize and de-Nazify it, to prevent the continuing manifestations of genocide on its territory, putting a stop to any violence and ensuring for the Ukrainians an opportunity to decide their destiny themselves—no, it is the world order that is at stake. This is for a reason that the West is avoiding, in any way it can, giving a response to our implicit, clear-cut proposals on the security system in Europe that rely on existing agreements.

(Since Western access to the Russian Foreign Ministry website is intermittent, EIR readers can find the full interview also posted to the website of the Russian Embassy in London.)

Among the many key points Lavrov made are the following:

• Neither the EU nor NATO is an independent body. Napoleon and Hitler tried to subjugate Europe, but now the U.S. has done it. “The European Union was shown its place,” as seen in the cancellation of Nord Stream 2. “It was coerced into doing what it is now doing, end of story.” NATO is violating the principle of indivisibility of security enshrined in the 1999 Istanbul and 2010 Astana treaties. Why? Now NATO Secretary General Jens Stoltenberg is saying that NATO bears global responsibility for global security. “So, all this talk about the defensive character of the Alliance is cheap talk. If the Alliance were defensive it would have had to defend itself by now. But nobody ever attacked it.” What is the reason for NATO’s existence? There is none.

• Ukraine is not an independent nation, but one that takes orders from Washington. In the current situation, “we cannot tolerate this threat because Ukraine has been turned into the ‘anti-Russia,’ into a bridgehead for undermining everything Russian.... This was part of a big geopolitical game.”

Lavrov recalled that Carter’s National Security Adviser Zbigniew Brzezinski had said that Russia and Ukraine together were a superpower. “I believe he also said that it is necessary to make every use of Ukraine to undermine Russia’s interests, influence and culture.” Brzezinski also urged his colleagues to use Ukraine to “cause the collapse of the Russian Orthodox faith, which is now being actively done.” Former Ukrainian President Petro Poroshenko started with this line and now President Volodymyr Zelenskyy is “doing much to support it ... but we cannot allow and will not tolerate continuous crude encroachments on our interests that create a physical threat to Russia’s security.” 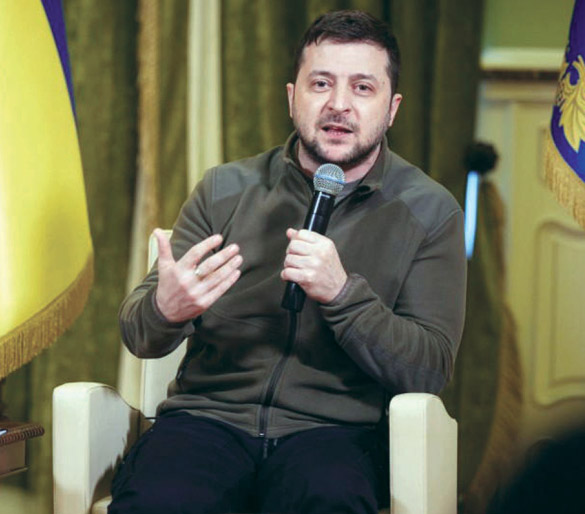 President of Ukraine
“I find it difficult to explain how Ukrainian President Volodymyr Zelenskyy can ‘preside’ over a society where neo-Nazis and neo-Nazism are flourishing.” —Sergey Lavrov.

Asked if Zelenskyy, who is Jewish, is a Nazi, Lavrov replied: “I believe he is being manipulated by nationalists and neo-Nazis. Otherwise, I find it difficult to explain how President Zelenskyy can ‘preside’ over a society where neo-Nazis and neo-Nazism are flourishing.” Lavrov documented how the neo-Nazis openly organize on Ukraine’s streets, hold processions and marches, learn methods of urban warfare, sabotage, and provocation. “All of that is happening under President Volodymyr Zelenskyy.”

• Lavrov expertly lambasted American reporters who insisted on the line that Russia is murdering Ukrainians, that Putin is “isolated and acting emotionally,” and that Russia is lying about everything. As Lavrov observed, it was as if the reporters hadn’t heard a word he’d said. One reporter referred to the March 2 UN General Assembly resolution condemning Russia, boasting that NATO “is as united as never before,” to assert that the Ukraine operation has been a diplomatic “fiasco or a defeat for Russia, has it not?” Another reporter asked whether Lavrov personally were preparing his defense in a war crimes tribunal at the International Criminal Court.

Lavrov replied that Europe and the U.S. have shut down Russian media and sources of information about events in Ukraine. He said that the Ukrainian army and the neo-Nazi battalions are plundering and looting civilians, using them as human shields, and not letting foreign students or nationals leave. “Ask the Indian, Arab or African students who are trying to leave Ukraine, but they won’t let them go.” 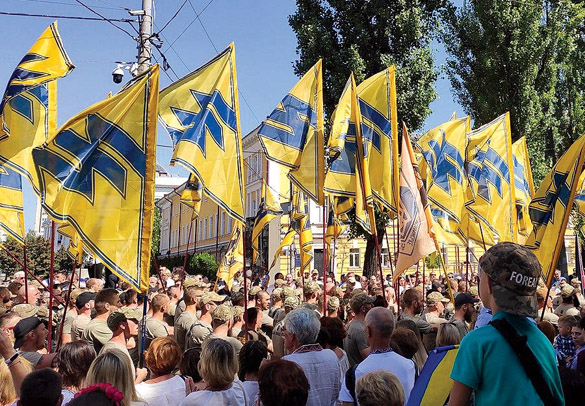 CC/Goo3
Veterans of the Azov Regiment on parade in 2019. In 2022, these neo-Nazis are engaged in widespread plundering and looting, using civilians as human shields, Lavrov said.

He invited one reporter to “visit our Ministry’s website, which provides a detailed description of what the Kiev neo-Nazi regime is doing. I know you are fond of the word ‘kill.’ The real killers are fighting on the side of the Kiev regime.”

Rather than a diplomatic fiasco, Lavrov said he was thinking of the “West’s ‘talent’ for diplomacy.” Some 14,000 people have died over the last eight years in the Donbas, yet not a single person “from your channel or any other media outlet in the West has ever thought of traveling to Donbas” to report on it. “These people came under fire every day, civilians were killed there, schools and kindergartens are destroyed, and acts of terrorism are committed.”

• Lavrov pointed out that the current situation can’t be considered apart from developments of the past 30 years, “that were full of various events in relations between Russia and the West and between the West and the rest of the world, in particular the United States.” He pointed to the Pentagon and CIA’s role in building chemical and biological facilities in Kiev and Odessa and the building of military bases by the British and others. The CIA has had a very active presence in the country.

When the U.S. invaded Iraq, it said it had to restore order in a country 10,000 km away, in a display of “arrogant big power behavior.” But when Russia pointed to the threat it was facing right on its own border, “we were told that there was no threat at all, and that we were safe. They think that they can determine the conditions of our security when the threat is right on our border.”

What Russia is doing now “is a forced decision because they refused to listen to us and instead kept lying to us for the past 30 years,” Lavrov told the press. He warned that eventually an agreement will probably be reached, but—

We will only do this on the basis of the principle all sides have adopted: not to strengthen one’s security at the expense of others’ security and not to claim dominance. Only an equitable dialogue. But our Western colleagues aren’t ready for this; they are playing at absolute good by grossly abusing diplomatic methods and by forcing small and medium-sized countries to carry out their orders. This happened in global history many times before. So, I wouldn’t jump to conclusions.

Concluding, Lavrov reported that the military operation is ongoing.

Its goals have been stated clearly: The demilitarization of Ukraine, which means that no weapons that can pose a threat to Russia must be deployed there at any time; the de-Nazification of Ukraine, because the Nuremberg Trials verdict has not been reversed; and, of course, guarantees for Ukraine, without its admission to NATO. President Putin has pointed out that NATO’s expansion is unacceptable to us, but we are ready to openly discuss security guarantees for Ukraine, for Europe and for the Russian Federation. 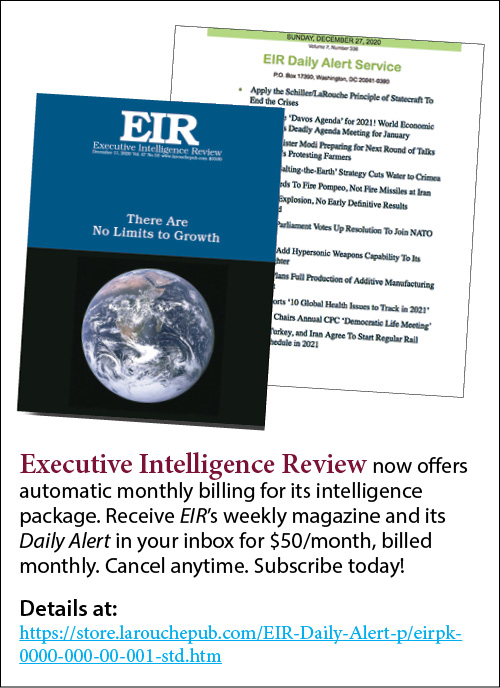