This article appears in the September 23, 2022 issue of Executive Intelligence Review.

A Tour of the Digital LaRouche Library 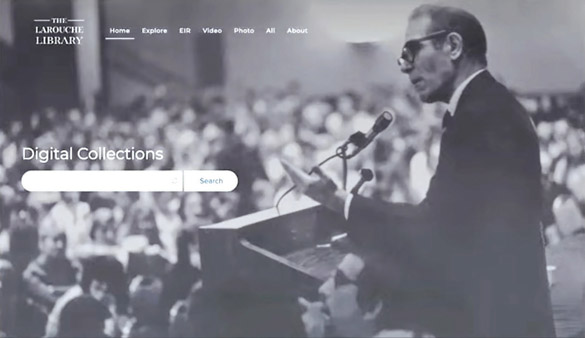 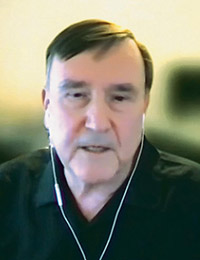 John Sigerson cut the ribbon and provided the first guided tour of The LaRouche Library. To watch that guided tour readers are directed to the video of Panel 3, “Presenting the ‘LaRouche Library:’ LaRouche in Dialogue with the World’s Nations” of the Schiller Institute’s Sept. 10–11 conference, “How to Inspire Humanity to Survive the Greatest Crisis in World History.”

Sigerson is well known to some for his work with the Schiller Institute NYC Chorus, but the moderator noted that Sigerson would be speaking now as the head of the LaRouche Library project, saying, “He has orchestrated the numerous technical and other components of this effort to make it possible to launch today. In short, he’s the man who made it happen.”

The singer, historian, conductor, and long-time leader in the LaRouche movement, John Sigerson, prefaced his tour, saying: “I’d like to point out that Lyndon LaRouche’s compositions, both written and his speeches, everything that he’s done, really remind one of Beethoven’s compositions, his great compositions, and his great fugues.”

He continued, “The way you must read these, is not just to read the words. But as Lyndon [LaRouche] himself said so often, repeating the words of the great [conductor] Wilhelm Furtwängler, you have to read between the words just like when you’re listening to a piece of music, you listen between the notes. I hope that the way we have organized the LaRouche Library, which you are about to see, will help you go through that. Just to give one example: Many search engines, when you search for something, will mostly give you the number of occurrences, and rate it according to their own idea of what’s most important, and throw that up first. Instead of doing that, I have organized it in such a way that you’ll see the search results chronologically, that is, from the earliest occurrence of something you search for, to the later ones.”

“The reason why is because that gives you a sense of the course of LaRouche’s thinking through his life on these various matters, so that you can follow the evolution of his thought. LaRouche’s ideas were constantly evolving. He was constantly making new discoveries, and finding new, more effective ways—more effective, you might say, conceptual technologies—to be able to communicate what was in his heart, what had always been in his heart since his very early childhood.”