Some Realistic Views of Russia’s Mobilization and Referenda

Sept. 25—The mobilization order for 300,000 Russian reservists that President Vladimir Putin issued Sept. 21, and the essentially simultaneous initiation of a process of referenda in four oblasts in Ukraine on the question of joining Russia, have been treated with universal contempt and bravado by all NATO-related institutions and governments, and nearly all major media in the trans-Atlantic world.

The referenda are fake; the mobilization is failing and useless; Putin is simply bluffing; Russia is certain to be defeated in NATO’s surrogate war in Ukraine and is only a danger now because he might use nuclear weapons there: This is the universal report originating from such institutions as London’s Chatham House and repeated nearly everywhere in the West. It triumphantly urges on, to greater war effort and sacrifice, European populations which are seeing their living standards ravaged by runaway inflation and holes being blown in their energy resources and industrial economies. While pouring new weapons and intelligence resources into Ukraine’s armed forces, it is only necessary, they say, for NATO leaders to warn Putin that Russia using nuclear weapons will have “catastrophic consequences.”

EIR has already covered the fact that it was the chief of Ukraine’s armed forces who on Sept. 7 called for pre-emptive NATO nuclear strikes against Russia, and did so while taking part in a “NATO-plus” meeting headed by U.S. Defense Secretary Lloyd Austin at Ramstein Air Base in Germany, Sept. 8.

It is critical for readers to hear the analysis of those capable of understanding what Russia has actually been doing since Sept. 21, how Russians view those actions, and what they mean for the most dangerous military conflict that humanity has ever faced. Understand realistic views regarding the unfolding world war, rather than simple triumphalist fantasies. Here are three examples. 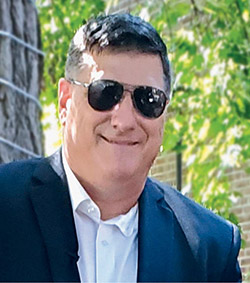 Scott Ritter, the widely-read former Marine and then chief UN weapons inspector in Iraq, consistently looks at the events of the war in Ukraine as seen from the Russian perspective, as well as analyzing NATO’s intentions. Ritter wrote on his Telegram channel Sept. 20:

I believe we will see a strategic pause while Russia completes its partial mobilization. This pause will be marked by heavy fighting as Ukraine will seek to disrupt the referendums and alter the geography of the battlefield. But once Russia consolidates the new territory politically, and accrues the necessary military capacity, I believe we are looking at the physical destruction of the Ukrainian nation as the endgame for this conflict.

He followed with an article in Consortium News Sept. 22:

The reality is that since the collapse of the Soviet Union at the end of 1991, the U.S. and its European allies have been conspiring to subjugate Russia in an effort to ensure that the Russian people are never again able to mount a geopolitical challenge to an American hegemony defined by a “rules-based international order” that had been foisted on the world in the aftermath of the Second World War….

Putin’s decision to order a partial mobilization of the Russian military, when combined with the decision to conduct the referendums in the Donbass and occupied Ukraine, radically transforms the SMO [special military operation] from a limited-scope operation to one linked to the existential survival of Russia. Once the referenda are conducted, and the results forwarded to the Russian parliament, what is now the territory of Ukraine will, in one fell swoop, become part of the Russian Federation—the Russian homeland.

All Ukrainian forces that are on the territory of the regions to be incorporated into Russia will be viewed as occupiers, and Ukrainian shelling of this territory will be treated as an attack on Russia, triggering a Russian response. Whereas the SMO had, by design, been implemented to preserve Ukrainian civil infrastructure and reduce civilian casualties, a post-SMO military operation will be one configured to destroy an active threat to Mother Russia itself….

The U.S. and its allies in the “collective West” now have to decide if the continued pursuit of a decades-long policy of isolating and destroying Russia is a matter of existential importance to them.

The Referenda in Donbass

A Sept. 23 article by Dagmar Henn on the German website Seniora.org, from the German edition of RT on Sept. 22, was based on the important assumption that the national leaders attending the Shanghai Cooperation Organization summit Sept. 15-16 expressed understanding of what Putin’s Russia was planning to do, and that this made Russia’s next steps possible. Henn described China’s historical experience with Tibet as part of this understanding. She noted the irony of Europe’s recent history with referenda, which, each time they showed a nation to oppose the European Union or EU Constitution, were “repeated” to produce the opposite result which Brussels wanted.

In Russians’ memory of Ukraine’s case, the March 1991 referendum in which Ukrainians voted to stay in the Soviet Union although many Eastern European states had left it, was followed by an agreement of Russian and Ukrainian political leaders on independence for Ukraine, and a repeat referendum in September 1991 in which Ukraine’s voters accepted that agreement.

Consider the historical example of Tibet. Tibet was part of the Chinese Empire for centuries; in the 1920s, it was separated from China by British colonial troops and the Chinese-born population that had also lived there for centuries was expelled (facts that are always often concealed in Western representation). This was a secession carried out with the help of others or in the interests of others, which was reversed by the Chinese People’s Liberation Army, which, by the way, meant liberation from serfdom for the majority of the Tibetan population.

The linchpin of the legal assessment of what is now the legal act depends on whether or not one considers the momentous [2014] coup that created the state of Ukraine to be legitimate.

The timing of yesterday’s and today’s decisions is quite clear. The referendums will be held by 27 September…; five days to count; then formal applications for admission to the Russian Federation will be received. From the votes to the adoption to the signing of the decision by the President, it is likely to go very quickly. Then, in all likelihood, admission to the Russian Federation … would fall on Monday, October 3.

A first effect is that the previous rather complicated conduct of military actions is significantly simplified…. Much more serious, however, is another point. Recall that in recent months there have been repeated warnings from Moscow to the West that attacks on Russian territory will not be tolerated. From the signing of the parliamentary resolutions on the admission of the four territories, they are Russian territory from the Russian point of view (and, according to the talks in Samarkand, also from the point of view of the decisive partners). I would suspect that there will then be an ultimatum to the Ukrainian troops to completely evacuate all four areas, to which in all probability there will be no response. After this ultimatum expires, the Ukrainian troops are considered occupation forces there.

It is crucial to realize that this meticulous approach is not aimed at a Western audience, and statements such as those of Olaf Scholz that the referendums will not be recognized simply do not matter at all. 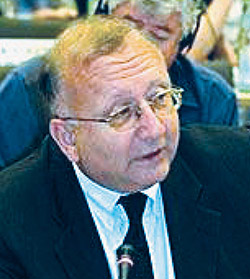 Willy Wimmer was a Bundestag member for three decades; he is a senior German political figure in the Christian Democratic Party. In an interview on Sept. 1, before the NATO escalation, the Ukrainian offensive in Kharkhiv, and the Russian mobilization orders and announcement of referenda in Donbass, Wimmer stated in an interview:

At the end of April 2000, when my colleagues and I were in Slovakia and participating in a meeting organized by the United States State Department, we were told that Russia would be kicked out of Europe, and a new boundary would be drawn between the Baltic Sea and the Black Sea. That is to say, those who regard this statement as official policy will undoubtedly use all means to implement this political consideration.

Then in a Sept. 21 interview with World Economy (Wirtschaft & Finanzen Newsreport), he said,

In connection with the developments in Ukraine, we are dealing with the fact that we, the German side, under the leadership of Chancellor Angela Merkel, have pursued a course aimed at pacifying Ukraine with its internal tensions. There is no other way to understand “Minsk 2” and all the efforts. While the policy of the United States has been, and still is, and it is increasingly executed, to use Ukraine as its instrument in the fight against the Russian Federation and the expulsion of Russia from Europe. This German policy of Angela Merkel together with Mitterrand and Macron has failed miserably. Not because the Germans weren’t behind it or the French. But because the United States is brutally pulling through its script. And that is why we are in a situation where, in my view, the CDU/CSU is throwing Angela Merkel’s sensible, Europe-appropriate policy out of the window.

If you take the Foreign Minister’s [German Foreign Minister Annalena Baerbock’s] statement at face value—and the lady rants about war and similar things, the final victory of Ukraine—I can only say, then you accept a great war in Europe with approval. And we can already see from the statements from Poland, Romania and other states in this region that they are already trying to prepare the issues that are the logical consequence of [the 1920 peace treaty of] Trianon and the Second World War in this region. In other words, one should not be surprised if the borders that exist in Eastern and Central Eastern Europe are put up for discussion, with the consequence that we end up in a European bloodbath. And the Greens, then, will have made a decisive contribution to this.