This article appears in the January 13, 2023 issue of Executive Intelligence Review. 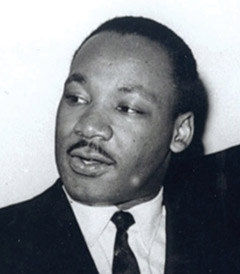 USIA
The Rev. Martin Luther King, Jr.: “Wisdom born of experience should tell us that war is obsolete.... If we assume that life is worth living, if we assume that mankind has a right to survive, then we must find an alternative to war....”

The Schiller Institute, in accordance with its campaign to promote discussion about the principles necessary for the establishment of a new international security and development architecture, will convene a symposium Saturday, January 14. That symposium will explore how to resurrect the mission of “nonviolence or non-existence” to stop thermonuclear war, a mission of the late Rev. Dr. Martin Luther King, Jr., Robert Kennedy, and President John F. Kennedy.

Dr. King became, in the last year of his life, and in the face of clear personal risk, an uncompromising opponent, not only of thermonuclear war, but of modern warfare in any form. In his Christmas message of 1967, he said plainly:

Wisdom born of experience should tell us that war is obsolete. There may have been a time when war served as a negative good by preventing the spread and growth of an evil force, but the very destructive power of modern weapons of warfare eliminates even the possibility that war may any longer serve as a negative good. And so, if we assume that life is worth living, if we assume that mankind has a right to survive, then we must find an alternative to war….

It would be tragic indeed if the United States, whose last several presidential administrations, going back to at least the time of President George W. Bush, have explicitly rejected Dr. King’s ideas, including his “creative nonviolent direct action” in the realm of foreign policy, would now go unchallenged, when that was exactly what King demanded be done in 1967. Rather, it is the duty of all who would follow what King actually said and taught, to now rise in full “troubling opposition” to the Anglo-American doctrine of “foreign policy through warfare” now promulgated in the trans-Atlantic nations. This is especially true as that criminal force doctrine, masquerading as “the rule of law,” pertains to the present NATO proxy war against Russia in Ukraine.

Dr. King’s formulation, that “the choice is no longer between violence and non-violence; the choice is now between non-violence and non-existence,” echoed the words of Pope Paul VI at the United Nations in 1965: “No more war!! War never again!!” They also echoed President John F. Kennedy’s admonition that “mankind must put an end to war, or war will put an end to mankind.” That formulation was accompanied by “action proposals” for joint work with America’s “mortal enemy” the Soviet Union, particularly in the realm of space, in Kennedy’s September 20, 1963, speech at the United Nations General Assembly.

In this symposium, however, we particularly wish to look at the international forces of violence that have been used to decapitate nations and institutions whose leaders have stood up not only in opposition to lethal, destructive policies, but in favor of economic development as the only sure path to peace. Recent revelations in the United States concerning the possible involvement of certain intelligence institutions in the assassination of President Kennedy, as well as the dissatisfaction of the King family with the official explanation of the MLK assassination, make this a particularly timely occasion to investigate these concerns.

Finally, it should be noted that Dr. King, not an economist, but a “drum major for justice,” insisted that the plight of the poor had to be put at the center of politics, that “people come first.” He insisted, against the advice of his advisers, to conduct his 1968 Poor People’s Campaign simultaneously with his assault on the war in Vietnam, in order to dramatize his assertion that “national budgets are moral documents,” and that the wealth of nations should be spent on improving the general welfare, not the accuracy of weapons of mass destruction.

The Schiller Institute’s “Ten Principles for a New International Security and Development Architecture” are a precise articulation of that aspect of King’s great vision, which has been generally either disregarded, or little noted. Dr. Martin Luther King, Jr. would not only have opposed the war in Europe; he would have proposed an alternative. We can honor his vision of humanity by doing no less. 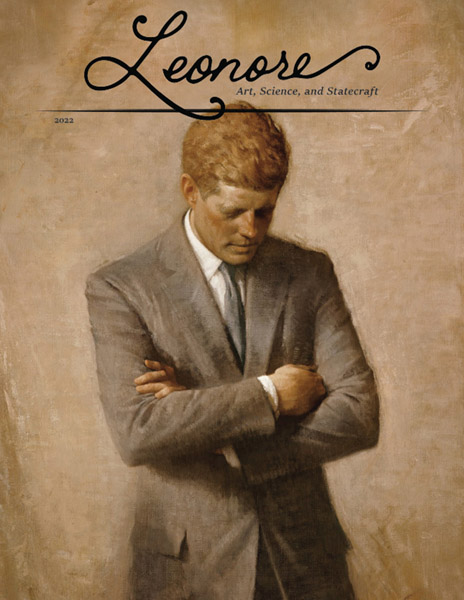 Preview the issue here and see the full table of contents.

The Schiller Institute has just released Volume 2, No. 1, of its new journal Leonore, which opens with the following from Lyndon H. LaRouche, Jr.’s October 20, 2002, article, “The Historical Individual:”

“The principal cause for the doom of any culture, is that mental disorder typical of popular opinion, which is to assume the validity of any assumptions currently adopted by a learned profession, or religious teaching, or more crudely adopted as ‘generally accepted popular opinion’.”

The 88-page issue, contains eleven articles, including the first English translation of one of the last letters by the 15th century scientific and political genius, Cardinal Nicholas of Cusa, which has been called his “religious last will,” and an original translation of Friedrich Schiller’s “On the Sublime,” described as “perhaps his most refined discussion of the process of the development of the soul.”

The preview includes the ground-breaking article by Jason Ross, “Vernadskian Time: Time for Humanity,” which addresses “the paradoxes posed by Vernadsky’s scientific work,” which open the way to a an entirely new set of definitions of space, time and matter, taken from the standpoint of the human mind.

The journal is yours as a monthly Schiller Institute contributing member. Memberships start at $5/month. Sign up here.