This article appears in the January 29, 2021 issue of Executive Intelligence Review.

How the Pandemic Delivered aReality Shock to the ‘Great Reset’ Plan 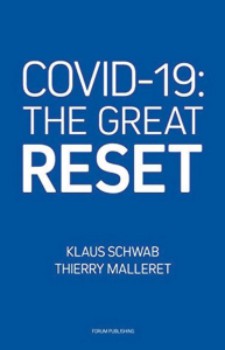 by Klaus Schwab and Thierry Malleret

Jan. 23—It became clear last year with the guest appearance of Greta Thunberg that the annual World Economic Forum (WEF) show at Davos is not just a gathering of the world’s wealthy. It brings together the most influential “green” ideologues, those who devised the decarbonization of the economy and planned the “Green Deal,” and who more recently have been promoting the “Great Reset.”

Klaus Schwab, the founder and Chairman of the World Economic Forum, makes no secret of the fact that his friend Prince Charles has been a kind of visionary for this illustrious society for years. On June 5, 2020, the Prince declared on the Royal Family YouTube Channel that the COVID-19 pandemic offers a golden opportunity to implement his great visions of the ecological transformation of the world. “It is an opportunity which we never had before and may never have again....” Really?

However, a month later, the book titled, COVID-19: The Great Reset, by Schwab and Thierry Malleret, released July 9, 2020, conveys in large part a very different impression, namely, that the unexpected reality shock is causing a great deal of concern in Malthusian circles. The legitimate fear is growing that, because of the pandemic, the international community will consider climate hysteria and zero growth to be out of touch, and will rather focus on what differentiates man from the rabbit: the spirit of innovation, progress, and development toward a new era. People rightly look to governments to exercise their sovereign powers and responsibilities for the public welfare, and reject the destructive green agenda.

With this in mind, it is instructive to review COVID-19: The Great Reset. It is notable that the program for the 2021 WEF “Davos Agenda” week, January 25-29, does not pump the Great Reset. Nor does Schwab’s next book, for release January 27, Stakeholder Capitalism: A Global Economy that Works for Progress, People and Planet. We see an attempt to re-brand the poison.

The introduction to COVID-19: The Great Reset already states:

Historically, pandemics have tested societies to their core; the 2020 COVID-19 crisis will be no exception.... The changes [following on the 14th century Black Death] were so diverse and widespread that it led to an end of an age of submission, bringing feudalism and serfdom to an end and ushering in the era of Enlightenment. Put simply: The Black Death may have been the unrecognized beginning of modern man....

Then comes a quote from Henry Kissinger from April 2020 in The Wall Street Journal:

Nations cohere and flourish on the belief that their institutions can foresee calamity, arrest its impact and restore stability. When the COVID-19 pandemic is over, many countries’ institutions will be perceived as having failed.

This will be particularly true for some rich counties endowed with sophisticated health systems and strong assets in research, science and innovation, where citizens will ask why their authorities did so poorly when compared to others. In these, the very essence of their social fabric and socio-economic system may emerge and be denounced as the real culprit, guilty of failing to guarantee economic and social welfare for the majority of citizens....

Unlike many others who turn a blind eye to reality, the circles around Schwab openly acknowledge that many Asian countries have been significantly more successful in dealing with the crisis, The book states on page 77:

However, and on aggregate, the countries that fare better share the following broad and common attributes:

They were prepared for what was coming (logistically and organizationally)

They made rapid and decisive decisions

They have a cost-effective and inclusive healthcare system

They are high-trust societies in which citizens have confidence in both the leadership and the information they provide.

They seem under duress to exhibit a real sense of solidarity, favoring the common good over individual aspirations and needs.

On page 89 of COVID-19: The Great Reset, authors Schwab and Malleret cite the words of John Micklethwait and Adrian Wooldridge from an April 12, 2020 Bloomberg article, “The Virus Should Wake Up the West”:

The COVID-19 Pandemic has made government important again. Not just powerful again, but also vital again.... It matters enormously whether your country has a good health service, competent bureaucrats and sound finances. Good government is the difference between living and dying.

Micklethwait is Editor-in-Chief of Bloomberg News, and Wooldridge is Management Editor and “Bagehot” columnist for The Economist magazine.

Schwab and Malleret themselves then continue:

One of the great lessons of the past five centuries in Europe and America is this: acute crises contribute to boosting the power of the state. It`s always been the case and there is no reason why it should be different with the COVID-19 pandemic. 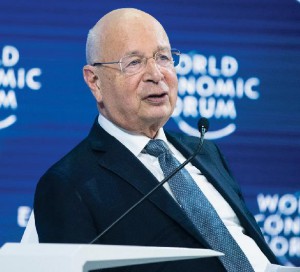 To understand such statements, one must know that the zero-growth propaganda machine of the past 30 years was built up entirely on supranational networks, in particular on international financial institutions and their lobbies, as well as multinational companies and an army of non-governmental organizations. The nation state, which must be committed above all else to the well-being of its citizens, was assigned a subordinate role, as is freely admitted in the following:

In the intervening decades (in the Western world) the role of the state has shrunk considerably. This is a situation that is set to change because it is hard to imagine how an exogenous shock of such magnitude as the one inflicted by COVID-19 could be addressed with purely market-based solutions. Already and almost overnight, the coronavirus succeeded in altering perceptions about the complex and delicate balance between the private and public realms in favor of the latter. It has revealed that social insurance is efficient and that offloading an ever-greater deal of responsibilities (such as health care and education) to individuals and the markets may not be in the best interest of society. In a surprising and sudden turnaround, the idea, which would have been an anathema just a few years ago, that governments can further the public good, while runaway economies without supervision can wreak havoc on social welfare, may now become the norm. On the dial that measures the continuum between the government and the markets, the needle has decisively moved toward the left. (p. 91)

For the first time since Margaret Thatcher captured the zeitgeist of an era when declaring that, “there is no such thing as society,” governments have the upper hand. Everything that comes in the post-pandemic era will lead us to rethink government`s role. 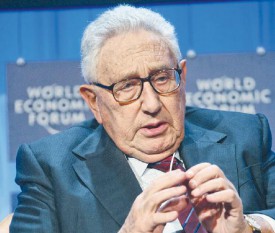 Without naming Franklin Delano Roosevelt directly, Schwab and Malleret go so far as to warn of the possibility that the pandemic could cause something similar to what happened in the United States in the 1930s, which, for the financial mafia, is the worst-case scenario imaginable. FDR gave the priority to the real economy and he restricted financial operations. The book states:

Looking to the future, governments will most likely, but with different degrees of intensity, decide that it’s in the best interest of society to rewrite some of the rules of the game and permanently increase their role. As happened in the 1930s in the U.S., when massive unemployment and economic insecurity were progressively addressed by a larger role for government, today a similar course of action is likely to characterize the foreseeable future.... (p. 93) 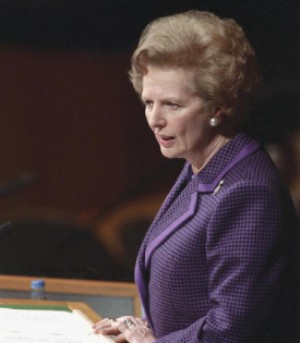 The book laments that the pandemic has displaced the orchestrated issue of climate change, and that this displacement is not going away soon:

The pandemic is destined to dominate the policy landscape for years, with the serious risk that it could overshadow environmental concerns. In a telling anecdote, the convention center in Glasgow where the UN COP-26 Summit should have taken place in November 2020 was converted in April into a hospital for COVID-19 patients. Already, climate negotiations have been delayed and policy initiatives postponed, nourishing the narrative that, for a long while, governmental leaders will only be paying attention to the multifaceted range of immediate problems created by the pandemic crisis. (p. 143)

In reality, what happens with the fight against climate change in the post-pandemic era could go in two opposite directions.

1. The first corresponds to the narrative above: the economic consequences of the pandemic are so painful, difficult to address and complex to implement that most governments around the world may decide to “temporarily” put aside concerns about global warming to focus on the economic recovery. If such is the case, policy decisions will support and stimulate fossil-fuel heavy and carbon-emitting industries by subsidizing them. They will also roll back stringent environmental standards seen as a stumbling block on the road to rapid economic recovery and will encourage companies and consumers to produce and consume as much as possible.

2. The second is spurred by a different narrative, in which businesses and governments are emboldened by a new social conscience among large segments of the general population that life can be different, and is pushed by activists: the moment must be seized to take advantage of this unique window of opportunity to redesign a more sustainable economy for the greater good of our societies.

The Davos Forum will push for the second way. What they call “the greater good of our societies”—or “stakeholder capitalism”—is in reality zero-growth fascism. In the second part of the book, Schwab and Malleret inform us of how they intend to invest in activism, and use lies as well as new measures of control for that purpose, because otherwise they are finished.

Our job is to make sure that such Malthusianism is finished off once and for all. We need to bring the pandemic under control by means of progress and open up a new period of development for humanity. 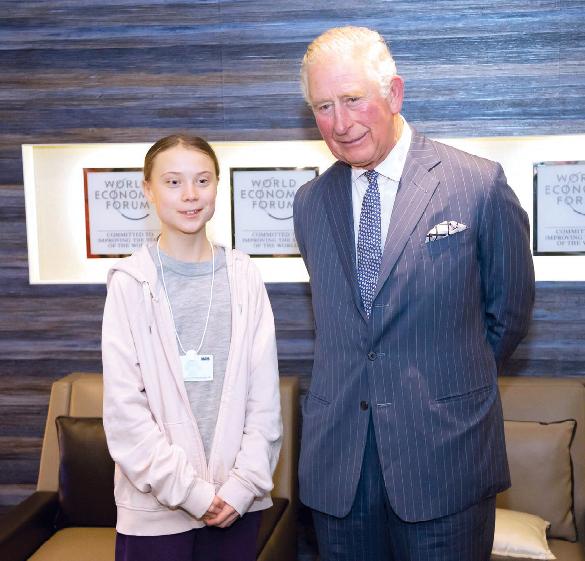