This article appears in the March 2, 2018 issue of Executive Intelligence Review.

Feb. 23—It is time to free the minds of the American people from the shackles of British Economics. This is not an academic issue, to be confined only to the classroom. Over the recent decades, America—together with most of Western Europe—has become a shell of its former industrial, technological and scientific greatness, while poverty, drug addiction and homelessness have spread unchecked.

Unfortunately, Congressional, as well as popular, debates on economic policy are now almost always, at best, uninformed, and usually based on wildly false assumptions and ignorance. There is an ongoing phony confrontation between “left” and “right” with heated assertions from both sides—while the actual fundamental issues are almost never discussed. One hears the opposing sides yapping at each other all the time: “privatization” versus state ownership; regulation versus deregulation; tax cuts versus tax increases; “freedom” versus “socialism.” That is the debate as it is presented to everyone, and the only choice you are given is to pick a “side.” But is that really true?

Today, many believe—erroneously—that there is a fundamental principled difference between those who believe in “less government” and those who believe in “big government.” This is often represented as a debate between “personal freedom” versus “statist” control, with the “Austrian School” of Ludwig von Mises and Friedrich von Hayek representing the former, and John Maynard Keynes the latter.

For those who believe in such a schema, or even worse, have chosen sides in this “debate,” there is only one thing that can be said: You have been fooled. You are the victim of a massive swindle, the intention of which is to hide from you the nature of real physical economics. You have been given a contrived choice between two London-created pessimistic ideologies, neither of which will lead to an improvement in the human condition. In 1758, Adam Smith published The Theory of Moral Sentiments, followed in 1776 by his An Inquiry into the Nature and Causes of the Wealth of Nations. Although some readers may react with outrage, it must be stated, unequivocally, that these two works present a moral philosophy and a system of economics absolutely hostile to the intention of the American Revolution. If you worship Adam Smith, you understand neither George Washington, nor the U.S. Constitution’s Preamble. All of Smith’s economics proceeds, lawfully, from a pessimistic, bestial view of the human condition. Smith is explicit that he views humankind as a swarm of creatures governed by selfish, sensual impulses, greed, and the “pursuit of pleasure and avoidance of pain,” to use his own words. For Smith, the purpose of a monetary and commercial system is to increase human pleasure, and that increase in pleasure can be accomplished only through the accumulation of “wealth,” which he defines strictly in monetary terms, i.e., through profits derived from financial speculation or through the trade in monetarily denominated goods. This is the basis for Smith’s notion of the “great mercantile republic,” whereby, through buying and selling commodities and financial contracts (i.e., “buying cheap and selling dear”), monetary wealth might be accumulated. This deliberate mis-identifying of “money” with “wealth” is not an error that George Washington, Abraham Lincoln, Alexander Hamilton or John Quincy Adams would have fallen into. Read Lincoln’s 1858 lecture, “Discoveries and Inventions,” where he is explicit that the sole source of all actual human wealth—all human happiness—lies in the power of the human mind to make new discoveries, i.e., to create revolutionary breakthroughs which transform human productivity and enhance human progress. 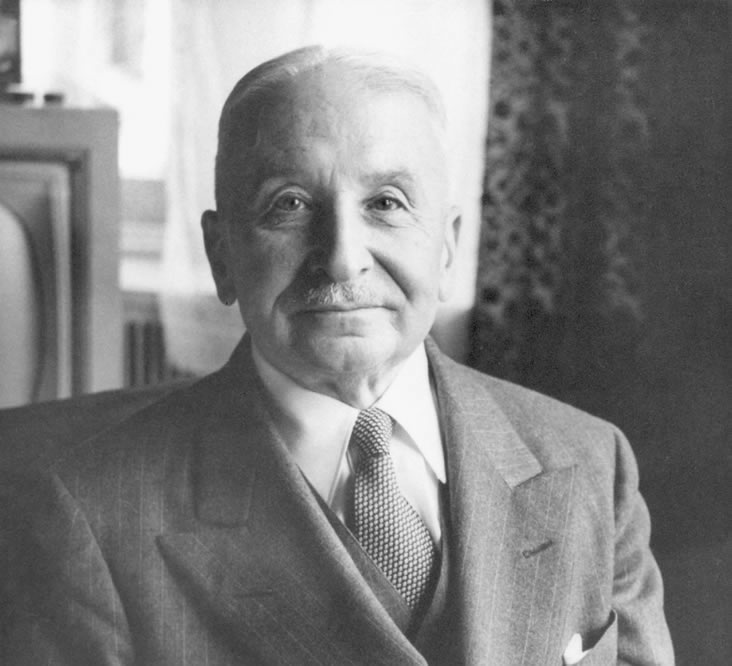 The United Kingdom has always been an empire based both on oligarchical rule and a monetary notion of wealth. Following Adam Smith, in the early to mid-18th Century, London became the center for what is sometimes called “British Liberal Economics,” often identified with the likes of Jeremy Bentham, Parson Thomas Malthus, James Mill, Mill’s son John Stuart Mill, and Richard Cobden. It is precisely that 19th century British Liberalism which is the common mother to the siblings Keynes and von Hayek.

The primary issue of true economics is the necessity to increase human productivity, to increase mankind’s mastery over the planet, and to unlock the mysteries of the universe. Where is that imperative to be found in either Keynes or in the Austrian School? Nowhere! Yet, that imperative is the basis for all human progress, and indeed the continued survival of the human species. Instead, Keynes and von Hayek both start with the identical ironclad axioms postulated by Smith: 1) Man is a creature governed by his sensual passions, and 2) Those impulses can be satiated only through an accumulation of wealth (money). All that von Hayek and Keynes disagree on is the method by which that oligarchical diktat might best be realized. It is a debate over method, not intent.

Deluded fools sometimes argue that the pursuit of such monetary “wealth” might collectively benefit the Common Good. That was certainly Smith’s argument, one he copied from Bernard Mandeville’s 1714 Fable of the Bees. Victims of that outlook might be advised to begin reading the New Testament, for nowhere in that book will they find postulated the idea that accumulated evil can produce good. Only a fool would buy into an argument grounded in such moral turpitude.

In 1931, Friedrich von Hayek responded to the 1930 publication of John Maynard Keynes’ A Treatise on Money, with a series of lectures at the London School of Economics, delivering a critique which eviscerated Keynes’s work. Down to the present day, that debate between Keynes and von Hayek—a debate which occurred within the imperial British establishment—has been dictated throughout academic circles as the only acceptable basis for discussing economic and monetary policy. This is the only choice you are given—between Keynes and von Hayek, or some variation—and the subservience of both men to the financial empire based in London is never mentioned.

Even worse, flowing from the influence of David Hilbert, Bertrand Russell, and John von Neumann, we now live in the era of “mathematical economics,” one wherein the “monetary” theories of Keynes, von Hayek, et al. have been merged with the linear mathematical methods of Russell. Money and the accumulation of monetary wealth are the goal, and ever more sophisticated mathematical formulas are the means to achieve that goal. At the center of this is statistical probability theory, another subject about which both Keynes and the Austrians (through the person of Richard von Mises, Ludwig’s brother) wrote major works. 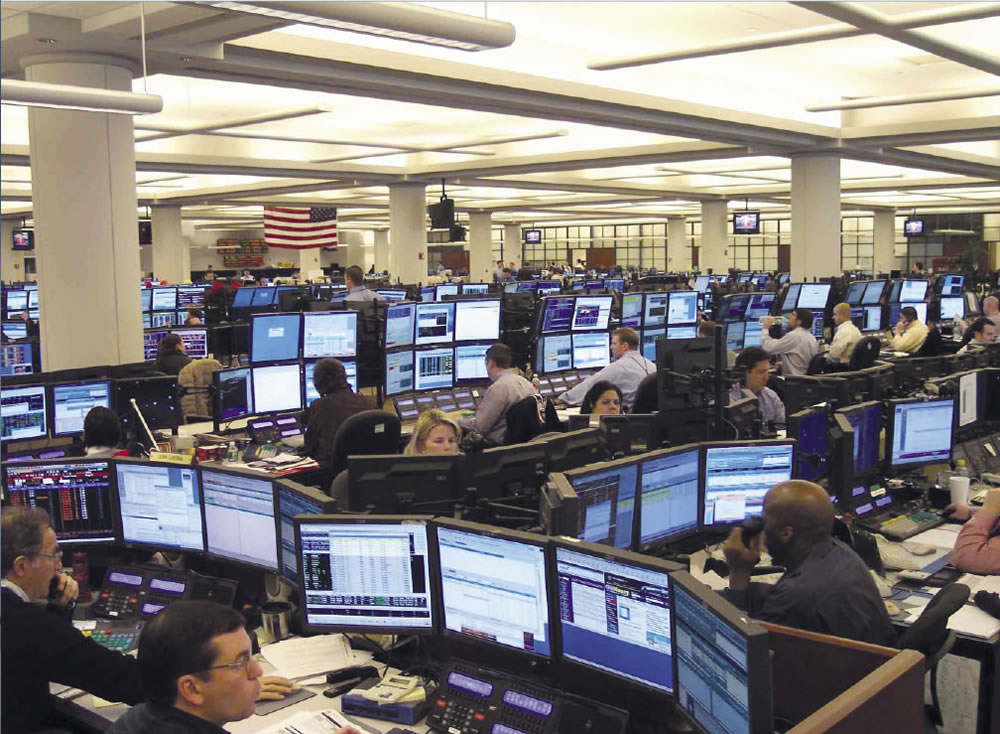 Although it is beyond the scope of this article, it is important to note that on the subjects of money, mathematics, and probability theory, much of the oligarchical ground-work goes back to earlier centuries, to individuals such as Bacon, Newton, Hobbes, Locke, and Hume; and even earlier these matters were subjects of intense deliberation in Amsterdam, the financial capital of the Dutch Empire. The roots for all of this flow from an anti-human imperial oligarchical outlook, stretching back over centuries.

The belief in money and the various schemes to manipulate it in order to accumulate “wealth,” is most assuredly a form of mental illness. It is no different from the fever which takes control of the “card counter” in Las Vegas, or the “day trader,” who plugs in a mathematical formula to make a killing in the market. The lottery ticket buyer with his or her “system” falls into the same category. Yet, this is the methodology now hegemonic on Wall Street, in government agencies, in university classrooms, and throughout most of the general public.

If you want to truly understand how a given society can willfully progress to a future higher level, it is necessary to begin with Gottfried Leibniz’ writings on Physical (not “monetary”) Economics. The next step is to read Alexander Hamilton’s Report on the Subject of Manufactures. Studying the presidencies of Abraham Lincoln and Franklin Roosevelt also helps. Finally, take up the study of Lyndon LaRouche’s writings, perhaps beginning with So You Wish to Learn All About Economics, or http://store.larouchepub.com/product-p/eirbk-1984-3-0-0-kindle.htm To again reference Abraham Lincoln, the secret to human progress (and happiness) is to be found in his 1858 lecture, “Discoveries and Inventions.” Our ability to make scientific breakthroughs and to use those breakthroughs to accomplish an upward (sometimes revolutionary) shift in the condition of the human species, is unique to mankind, and it is the real subject of economics. It is the only real subject of economics. The issue is human creativity, which generates just such potential progress. Such creativity, such progress is the only basis for optimism, for actual sanity, because it is the only approach which is future-oriented.

Today, there is a great deal of debate about “private versus public” investment, and controversies around issues such as “tax cuts.” The lunacy of much of the chatter surrounding these matters is revealed by the reality that almost all those involved accept the monetarist axioms of economics which were created in London. Take the example of Gross Domestic Product as a supposed measurement of national economic wealth. This actually originated in a 1665 writing of the British aristocrat Sir William Petty, titled Verbum Sapienti. Therein, Petty attempted to define the national wealth of Great Britain by assigning everything in the country a monetary value: land, sheep, salt, housing, ships, etc.—even people. But what does that get you? What truth does it contain? How do you get from there into a better future?

There is only one yardstick for judging correct versus incorrect economic policy. Are the initiatives you are taking (as a nation) and the projects you are funding, going to produce an effect of increasing the productivity of the nation? Will this increase energy utilization per-capita? Will this increase potential relative population density? Will this have the effect of uplifting the conditions and cognitive potential of the population? Will this benefit our posterity?

Any other approach is sterile, dead, and fraudulent. Don’t get fooled (i.e., be foolish) into right versus left scenarios. If the government can get the job done, good. If the private sector can get the job done, good. If selective tax cuts work, do it. If selective tax increases work, do that. If government regulations serve a useful purpose, keep them; if, instead, they are used—as in the case of the Environmental Protection Agency—to enforce a Malthusian agenda, get rid of them. The only goal is upward progress. Break out of the Keynes-versus-von Hayek mental prison of monetarism.

This is precisely where the issue of Hamiltonian Public Credit comes in. Public Credit is not European Central Banking. It is not the Federal Reserve. It is precisely, the elected representatives of the American people, acting through a government-chartered corporation, to ensure that the surplus wealth of the nation is put to constructive work to develop infrastructure, science, technology and other projects which will carry the nation into the future. Hamilton’s system of Public Credit is the only approach which has been historically proven to be capable of accomplishing that goal.