This editorial appears in the March 9, 2018 issue of Executive Intelligence Review.

by Helga Zepp-LaRouche, Founder of the International Schiller Institutes 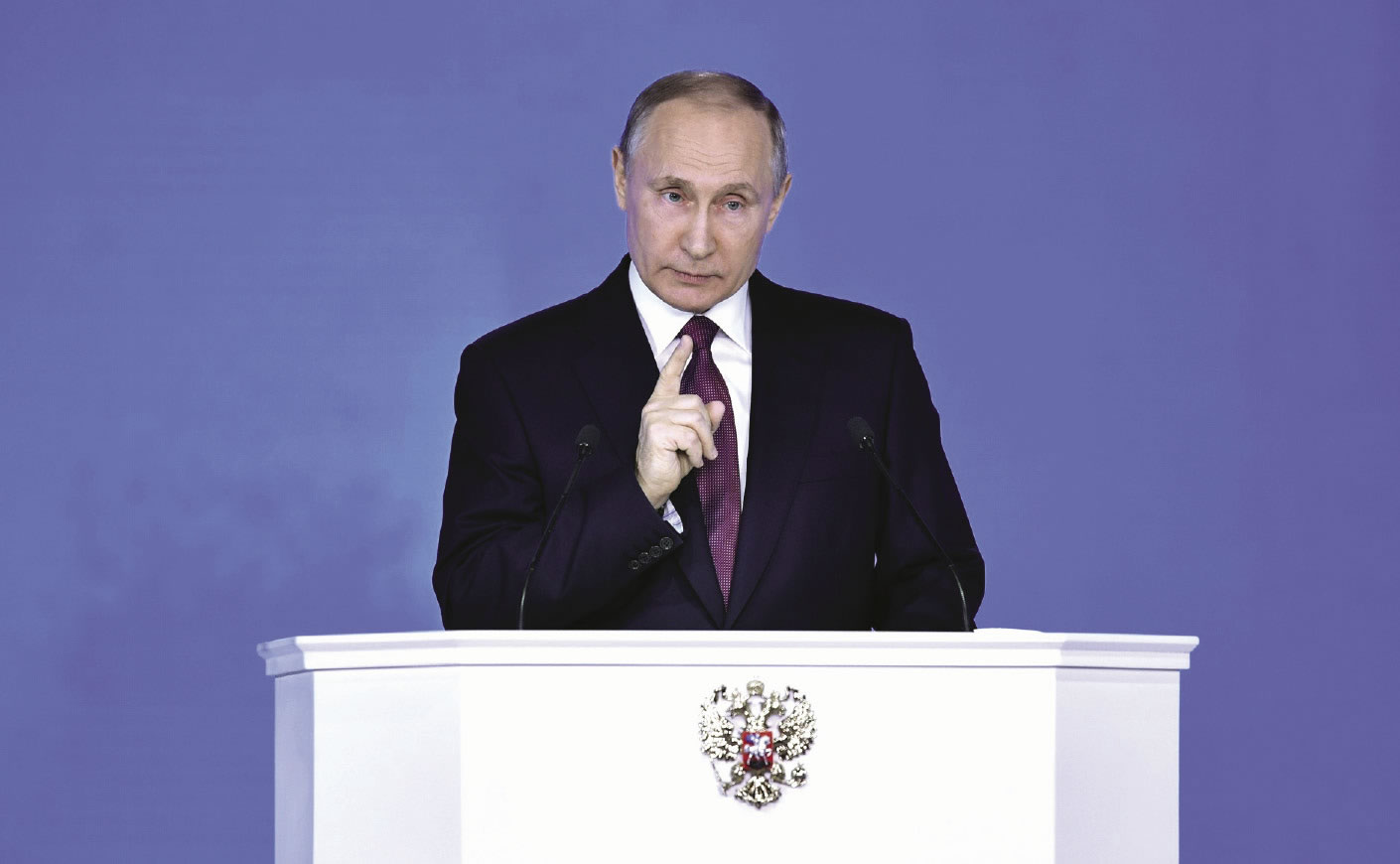 Mar. 2—In a trans-Atlantic atmosphere of hysteria against Russia and China that can only be understood as pre-war propaganda, President Putin dropped a bombshell in his annual State of the Union address, which has redefined the strategic balance. He announced that Russian forces had acquired weapons based on new physical principles, including a new intercontinental missile capable of travelling at 20 times the speed of sound, with excellent maneuverability. It can therefore outmaneuver all existing air defense and missile defense systems and render them obsolete. These new systems, he explained, which include nuclear-powered cruise missiles, fast drone submarines and laser weapons, were Russia’s answer to the unilateral termination of the ABM Treaty by the U.S. in 2002, and the launch of the global U.S. missile defense system. Since then, all attempts at negotiation had fallen on deaf ears. “Nobody wanted to listen to us. So listen now!” Putin emphasized. 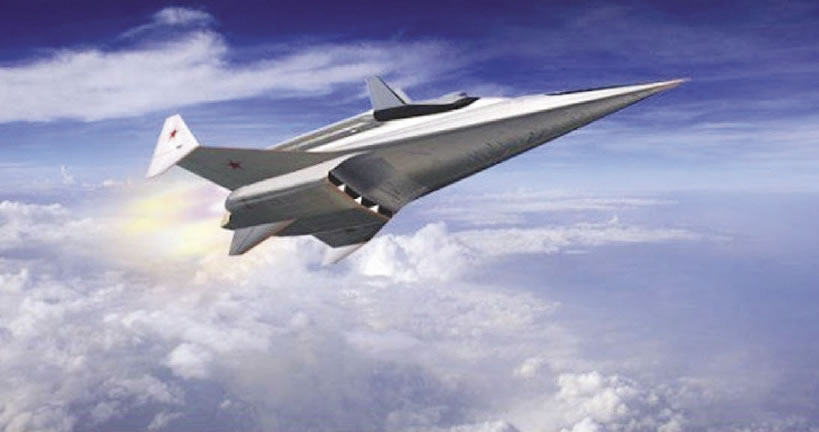 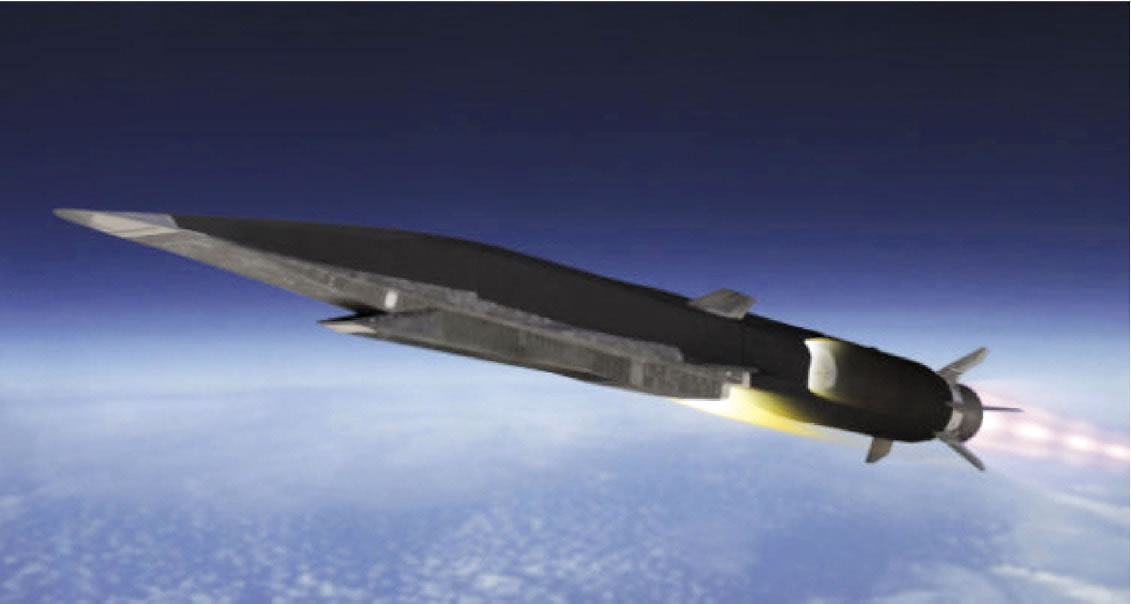 youtu.be/SSN8hdEfnTc
The YU-74 hypersonic glide missile will be carried atop a new ICBM, the RS-28.

The response from the Western media and politicians ranged from attempts to ridicule Putin’s new arsenals as technologically impossible, mere pre-election bluster, to concerns about a new arms race—as if it had not begun long ago, with NATO’s eastward expansion.

These responses once again reflect the fact that adherents to neo-liberal dogma can only see the world through their geopolitical concave glasses, and they obviously underestimate Russia’s military science capabilities, just as they underestimated the dynamics of China’s New Silk Road for years.

Contrary to the opinion of the Bild newspaper, which compared Putin to a mouse squeaking at a lion, Putin is more likely to be the cat among the mice. With the creation of new varieties of weapons based on new physical principles, a level has been established which is very different from, for example, the fairly linear scenarios proposed by the recent CSIS think-tank report in which Russia and China are said to be preparing surprise attacks on the Baltic States or in the South China Sea. In other CSIS scenarios, it is mooted that China will attack the U.S. with cruise missiles to force it to withdraw from the Pacific, or that China would wipe out the entire American leadership in preparation for an invasion of Taiwan.

The reaction of the pro-party Chinese newspaper Global Times, in an article entitled “U.S. Frightened by its Own Mirror Image,” put it in a nutshell: The U.S. has fallen into the trap that an expert at the Office of Net Assessment of the Pentagon had warned about. Andrew Marshall (who is otherwise responsible for a utopian doctrine of air war) had warned not to project one’s own intentions onto the intentions of other states. For decades, the article notes, the U.S. has been pursuing a preventive-war military doctrine, while China’s military doctrine aims to respond to an attack with a counterattack. Similarly, it is common American practice to eliminate hostile governments through regime change, while the Chinese Communist Party has rejected the idea of assassinating the leadership of hostile governments since the 1920s. And thirdly, it is U.S. policy to focus on nuclear arsenal development, even as a response to conventional threats and cyber-attacks, while China considers it unwise to own too many nuclear weapons, preferring instead to have only as many as are necessary for deterrence. Drawing conclusions from such mirror images has nothing to do with the real world, and if the U.S. military were to follow this study, the article concludes, they would be scared to death by their own shadow and fail to prepare for real dangers.

A knowledgeable analyst writing under the pseudonym “Publius Tacitus” on the website Sic Temper Tyrannis of well-known security analyst Pat Lang, alludes to the same kind of mirror-image perception trap. He writes that U.S. interference in Ukraine far overshadows anything that could be blamed on Russia. Recently released documents of the CIA show the close cooperation of the U.S. intelligence services with Stepan Bandera’s Nazi-allied OUN since 1946. They show a history of collaboration, ranging from working with former president Viktor Yushchenko, whose wife was a senior official in the U.S. State Department and who declared Bandera to be a Ukrainian national hero, to the direct cooperation with the Nazis in “Maidan II” and the coup against Ukrainian President Yanukovych in February 2014.

In fact, one can hardly find a greater distortion than the “narrative” regarding the events in Ukraine, which provides a large part of the basis for the demonization of Putin and Russia.

The same inability to recognize the new paradigm—President Xi Jinping’s domestic and foreign policy, with its anti-corruption campaign, its absolute focus on scientific and technological innovation, and its “win-win” cooperation among nations in the New Silk Road Initiative—is manifest in the house organ of the British Empire, the Economist. Under the heading “How the West Got China Wrong,” that journal laments the decision of the Central Committee to extend President Xi’s term of office: “They hoped that economic integration would encourage China to evolve into a market economy and that, as they grew wealthier, its people would come to yearn for democratic freedoms, rights and the rule of law.” Now, it seems, the West has completely misjudged China. According to the Economist, China is richer than anyone could have imagined, but instead of yearning to emulate the West, China is offering “Chinese wisdom and a Chinese approach to solving the problems facing mankind”! Blimey! London lost its bet! 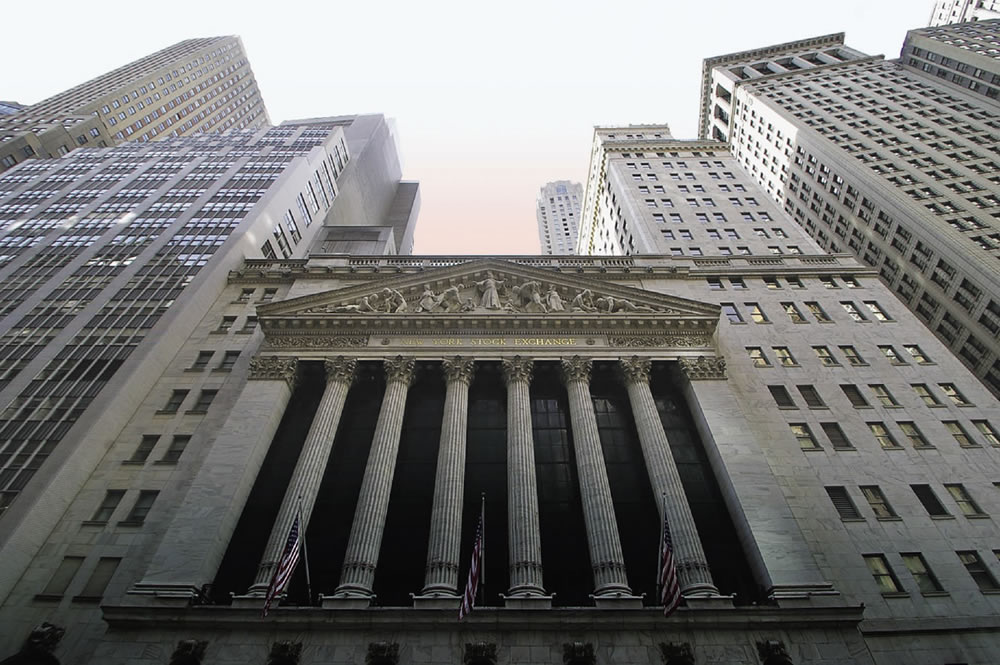 And China recognizes that the one-party system works better than Western partisan conflict, while Chinese politics is profoundly influenced by traditional Chinese culture.

The West has not done its homework on Chinese history and culture, and should finally shake off its stereotypes about the second largest economy, reconciling its perception with China’s reality. In the future, China will certainly deliver more surprises to the West, and make it even clearer that Beijing will never be a disciple of Washington.

And that’s good! The reason Xi Jinping wants to continue his administration, lies in the recognition by the Chinese leadership that the coming years will be enormously important years of change for all humanity. As President Putin said in his speech, “This is a turning point for the whole world; and those who are willing and able to change, those who act and move forward will take the lead.”

In fact, we are currently experiencing an epochal change. The period of nearly 600 years since the Italian Renaissance and the emergence of the sovereign nation-state, in which both oligarchic forms of government and governments committed to the common good existed side by side, is coming to an end. The new paradigm, a new phase in human evolution, is already visible. The closest approximation to this is Xi Jinping’s vision of a “community of common destiny”—the concept that the idea of “one humanity” is set forth to all nations. The economic equivalent of this idea is the New Silk Road, in which all sovereign nations work together on the basis of cooperation for mutual benefit.

What we are currently experiencing, with all the unprovable accusations of “Russian hacking,” “interference in democratic elections,” “Chinese hegemony,” “threats to the Western system of democracy and human rights by authoritarian systems,” etc., is nothing more than a last gasp of a failing oligarchic system. The next financial collapse of this system—which has continually widened the gap between rich and poor, and whose policy of perpetual war has brought us both the refugee crisis and an epidemic of violence among young people and in the so-called entertainment industry—awaits us within a short interval, and will be worse than it was in 2008.

It is time for the rational people to reflect. We should use this new Sputnik shock and do what Putin says in his speech: “Let us sit down at the negotiating table and work together to design a new and relevant system of international security and sustainable development for all of human civilization.”

The human species is the only creative species known to us. What sets us apart from all other beings, is the ability of the human mind to continually discover qualitatively new principles of the physical universe and apply them to the production process, thus improving the livelihood, productivity, and life expectancy of humanity. We have arrived at the point in history where we can and must realize our identity as a planetary species which is collectively capable of guaranteeing its long-term survival.