This editorial appears in the May 24, 2019 issue of Executive Intelligence Review.

Trump Deploys Pompeo for Peace and Cooperation with Russia and the World, While Bolton Stumps for War 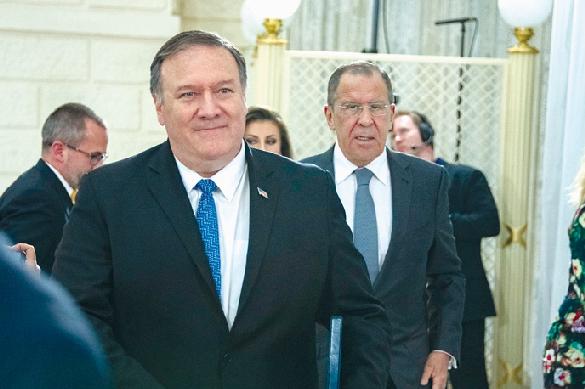 May 15—U.S. Secretary of State Mike Pompeo, in his press conference with Russian Foreign Minister Sergei Lavrov following his May 14 meetings with Lavrov and Russian President Vladimir Putin, said: “President Trump has made clear that his expectation is that we will have an improved relationship between our two countries. This will benefit each of our peoples, and I think that our talks here today were a good step in that direction.” He added elsewhere: “President Trump wants to do everything we can—I think there are truly overlapping interests that we can build on, and most importantly, President Trump very much wants to do that.”

Pompeo was making clear that he represents the President, not himself, in these negotiations.

That has not always been true of Mike Pompeo, and certainly not of National Security Adviser John Bolton. In fact, a growing chorus of voices, from the so-called “right” and the so-called “left” are demanding that Bolton be fired, especially when it comes to the threat of war with Iran. “Right-wing” Fox News host Tucker Carlson said Tuesday night:

More than anything in the world, national security adviser John Bolton would love to have a war with Iran. It will be like Christmas, Thanksgiving, his birthday—wrapped into one. Mercifully, John Bolton does not control the military, President Trump does. The question is, just how influential is Bolton in the White House?

John Bolton, President Trump’s national security adviser, seemingly hasn’t met a war he doesn’t love. Bolton was a prominent proponent of the Iraq War and he has never evinced any doubt about the wisdom of that decision. . . . By contrast, last year President Trump said the Iraq War was “the single worst decision ever made.” Just before he was installed a little over a year ago as Trump’s national security adviser, Bolton advocated for a preemptive war against North Korea in the Wall Street Journal.

With Trump now publicly committed to meeting with both Putin and China’s President Xi Jinping on the sidelines of the June 28-29 G20 Summit in Osaka, Japan, the British Empire and its assets in the United States are increasingly panicked that they will lose their carefully structured division of the world into warring blocs, East vs. West. Further terrifying these lords of war and chaos is the incredible “Conference on Dialogue of Asian Civilizations” taking place today in Beijing, China. In addition to the 47 Asian nations attending, another 50 countries from around the world are participating, in what could better be called a “celebration of the New Paradigm,” by those willing to participate. Xi, in his opening speech, noted that “there would be no clash of civilizations as long as people were able to appreciate the beauty of all civilizations.” 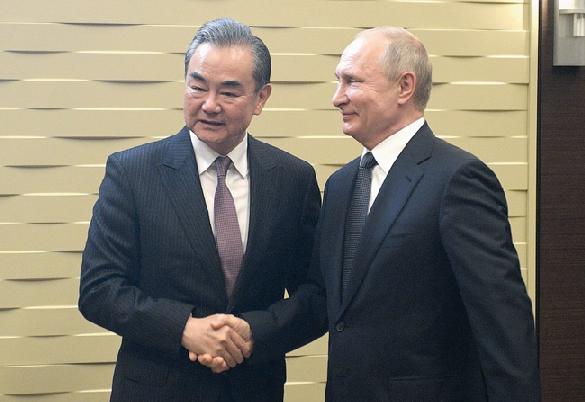 Indeed, that is precisely what is taking place under the auspices of the New Silk Road, a concept launched by Lyndon and Helga LaRouche after the fall of the Soviet Union, a “peace through development” policy embracing the common aims of mankind.

In an interview on May 10 with GBTimes (available in this issue of EIR), Helga Zepp-LaRouche concluded:

I think we are probably the generation on whom later generations will look back to, and say, “Oh! This was really a fascinating time, because it was a change from one epoch to another one.” I have an image of that, which is: this change that we are experiencing right now, is probably going to be bigger than the change in Europe between the Middle Ages and modern times. In the Middle Ages you had people believing in a whole bunch of axioms—scholasticism, Aristotelianism, witchcraft, all kinds of strange beliefs—and then, because of the influx of such thinkers as Nicholas of Cusa, and the Italian Renaissance, the modern image of man, of science and technology, of the sovereign nation-state, all these changes happened, and they created a completely different view of the image of man and of nature, and the universe, and everything we call ‘modern society’ was the result of this change.

Now, I think we are in front, or the middle, of such an epochal change, where the next era of mankind will be much, much more creative than the present one, and that’s something to look forward to, because we can actually shape it, and we can bring our own creative input into it. And there are not many periods in history when that is the case: So we are actually lucky!