This editorial appears in the September 20, 2019 issue of Executive Intelligence Review. 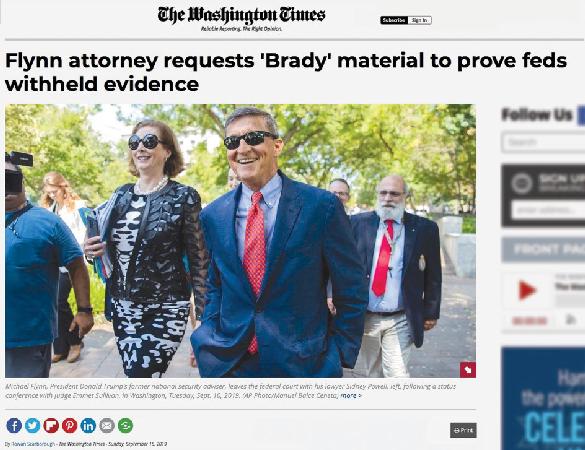 Sept. 13—In a remarkable motion fittingly filed on September 11, Michael Flynn’s attorney Sidney Powell produced a detailed request for documents that will substantially reveal parts of the story of the British campaign, initiated in 2014, to shape the 2016 U.S. election and destroy the potential of Donald Trump’s presidency.

She will be getting the story through what appears to be a provable account of the targeting of General Flynn, beginning in 2014, by the highest echelons of Anglo-American intelligence, because he had called out their alliance with Al-Qaeda and similar terrorists in Syria and was seeking an alliance with Russia to fight Islamic terrorism in the region.

Powell is asking U.S. District Judge Emmett Sullivan to hold Robert Mueller’s prosecutors in contempt for not producing documents that would exculpate Flynn or support his defenses at trial, documents which her very detailed motion indicates she knows, definitively, to exist. The Constitution, and Judge Sullivan in particular, through standing orders in his court, require prosecutors to produce all evidence in their possession which tends to exculpate defendants or support their defenses.

General Flynn pled guilty to lying to the FBI based on an FBI interview conducted at the White House on January 24, 2017, his second full day as Donald Trump’s National Security Advisor. While FBI Director James Comey previously testified to Congress that the agents interviewing the General did not believe he deliberately lied to them in that interview, Special Counsel Robert Mueller and his henchman pursued Flynn, and his son, claiming that he lied in his White House interview, and claiming that he and his son were unregistered foreign agents of Turkey.

The Mueller knuckle draggers engaged in a relentless press campaign painting the decorated warrior as an out-and-out unhinged traitor, and an agent of Russia. By most accounts, Flynn fell on his sword and pled guilty to lying to the FBI on December 1, 2017, in order to protect his son, who was threatened with indictment, and to protect his family, whose finances were in ruins due to legal fees. Flynn is to be sentenced by Judge Sullivan, having fired his previous lawyers and replaced them with Sidney Powell and others. Powell is the author of Licensed to Lie, a detailed account of Justice Department perfidy in the Enron and Ted Stevens cases, particularly focused on Robert Mueller’s chief attack dog, Andrew Weissmann.

Mueller’s Collusion with the British

Powell’s motion seeks the details of Flynn’s targeting in 2014 by British intelligence, a provable plot with events involving Sir Richard Dearlove, Christopher Steele, Stefan Halper, Joseph Mifsud, Sir Christopher Andrew, and others who appear over and over again in the concocted plot against President Donald Trump. She includes the first efforts to falsely paint Flynn as a Turkish agent through lies told by James Woolsey, Bill Clinton’s CIA Director and the man who sponsored Ahmed Chalabi, the “asset” who laid the basis for the disastrous Iraq war. 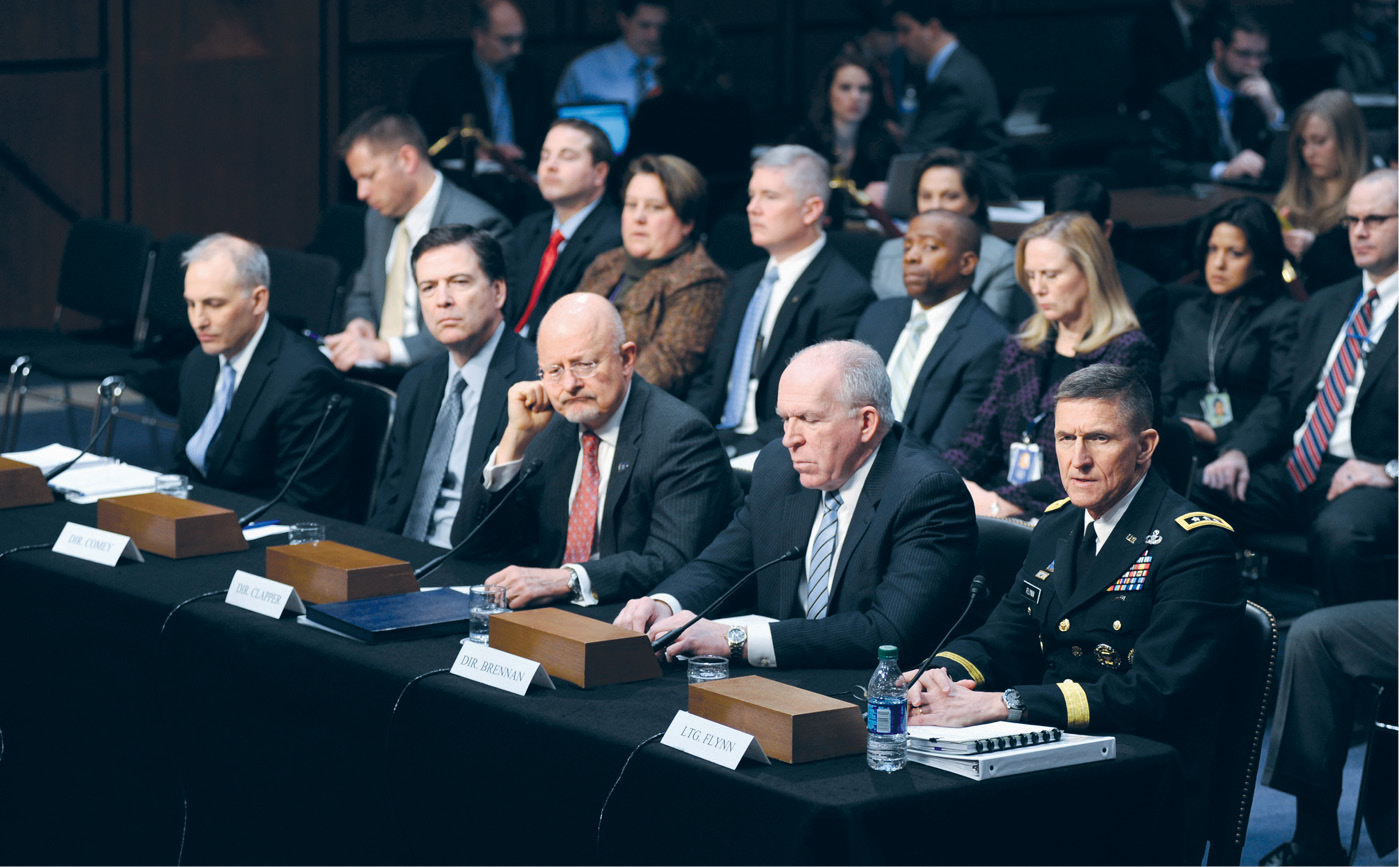 As a result, Flynn was fired from his position as Director of the Defense Intelligence Agency (DIA), and subjected to counterintelligence investigations based on bogus British claims that he was way too close to Russian military intelligence (GRU) and had an affair with a Cambridge-based Russian historian. Flynn was one of four targets associated with the Trump Campaign when the Cross-Fire Hurricane investigation was “officially” opened by the FBI. Way back in 2015, John Brennan had convened a special FBI-CIA taskforce at the CIA aimed at destroying the Trump Campaign.

Powell is also seeking a letter from British intelligence disavowing Christopher Steele’s reliability, sent to Susan Rice in the Obama White House and President Trump’s transition team, which undermines much of the predication for the FBI’s Cross-Fire Hurricane targeting of General Flynn.

Powell also outlines details of the now notorious ambush interview of Flynn at the White House, which was the basis of his guilty plea for lying to the FBI. She appears to claim that it was James Clapper who committed the felony of leaking classified conversations between Flynn and Russian Ambassador Sergey Kislyak to the Washington Post’s David Ignatius, in the elaborate setup conducted against Flynn. Ignatius claimed in his January 12, 2017 Washington Post interview that Flynn’s discussions with Ambassador Kislyak about the Obama Administration’s Russian sanctions violated the Logan Act, a 200-year-old statute that had never been used. This article created the pretext for sending FBI agents to interview Flynn at the White House, assuring him, according to Powell’s document requests, that there was no active investigation concerning him and that he did not need a lawyer.

Andrew McCabe conducted this setup, proudly presided over by James Comey, sending the now infamous Peter Strzok to conduct the interview and record what Flynn allegedly said. Powell details that there are multiple 302s of this interview, a highly irregular situation in the FBI. Based on Powell’s document requests, Strzok and McCabe then met with Vice President Pence to ensure that Flynn was fired. On January 30, 2017, a document was circulated in the Department of Justice and never produced to Flynn’s defense team stating that he was neither an agent of Turkey, nor of Russia. McCabe in particular is singled out during this phase of the operations against Flynn, having declared, in an FBI conference call, “First we’ll f— Flynn, then we’ll f— Trump.”

Peter Strzok and McCabe’s FBI counsel, Lisa Page, famously engaged in an extramarital romance and exchanged numerous text messages detailing their bias against Donald Trump and their decision to “stop” his ascent to the White House. Powell is seeking all of the text messages between these illicit lovers, including those destroyed by Robert Mueller’s staff, for the period when the two were part of Mueller’s team. In addition, Powell has asked in detail about the campaign to destroy General Flynn’s reputation by Mueller’s team as they investigated him. These requests hold promise of delineating the exact relationships between various intelligence community scribes in the news media and Mueller’s henchmen.