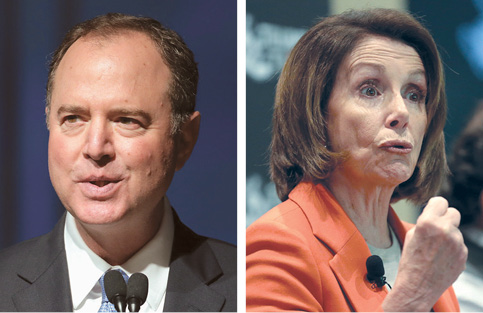 Nov. 8—Former leading FBI agent Peter Strzok texted his mistress, FBI lawyer Lisa Page, in May 2017, regarding the case against Donald Trump, that his “gut sense” was that “there’s no big there there”—meaning that there was nothing behind the charges of collusion with Russia. Today, it is equally clear that in the Pelosi-Schiff impeachment investigation over Ukraine, once again, “there’s no big there there.”

Strzok joined Special Counsel Robert Mueller’s team shortly after sending this text, and soon was up to his eyeballs in pushing the fraudulent narrative of Russiagate. He may soon be indicted for his activities, as separate investigations, one by Justice Department Inspector General Michael Horowitz, and the other by Attorney General William Barr and U.S. Attorney John Durham, are reportedly closing in on the corrupt and illegal actions taken by Obama-era intelligence officials in their drive to overturn the 2016 presidential election.

In addition to Strzok and Page, former FBI Director James Comey and his deputy director, Andrew McCabe, are also at the center of the Horowitz investigation into fraud committed to obtain warrants from the secretive Foreign Intelligence Surveillance Act (FISA) Court to spy on the Trump campaign, and Strzok also played a leading role in the frame-up of General Michael Flynn, Trump’s first choice as National Security Adviser.

The Horowitz and Barr-Durham investigations will show that there never was any credible evidence that Donald Trump “colluded” with Vladimir Putin to defeat Hillary Clinton; that is, there was no impeachable offense committed.

Yet, despite the abject failure of the Russiagate farce, there is again non-stop insistence by Democrats and their media cheerleaders that they are building a solid case to prove that Trump abused the power of his office in pressuring Ukraine’s newly-elected President, Volodymyr Zelensky, during a phone call, to either investigate Joe Biden, who is running against Trump in 2020, or face a cut-off of military aid to Ukraine. They are hyping testimony given by career diplomats who are anti-Trumpers—despite the fact that most of them did not hear the call and can present no first-hand evidence that Trump did what is being alleged—that there was a “quid pro quo” presented to President Zelensky during their conversation.

It has also emerged that the original “whistle-blower” who made the allegation about the phone call, is an operative of former CIA Director Brennan, who worked closely with Joe Biden’s Ukraine task force, and is represented by an attorney who sent out tweets in 2017 supporting a “coup” against Trump. Yet, looking at the coverage in the U.S. press, one would have to believe that Trump is not only guilty, but would be removed from office, were the Republicans who control the Senate to only look at the (non-existent) evidence!

The actual evidence emerging from this third phase of the coup against Trump—disguised as an “impeachment”—is that those bringing this new case against Trump are not only the same ones responsible for Russiagate, but were themselves involved in the 2014 coup in Ukraine. 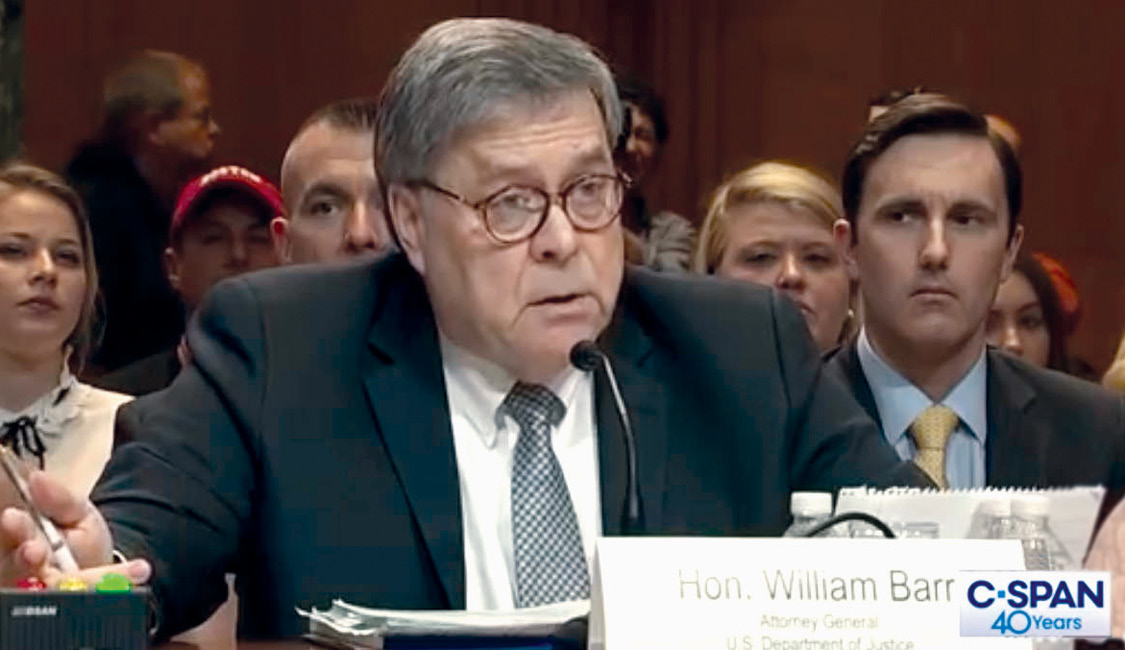 This is not a coincidence. The special rage against Trump shared by the Obama-era intelligence operatives—along with their British allies in MI6, GCHQ, and the “Five Eyes” spy network (across Australia, Canada, New Zealand, the United Kingdom, and the United States) behind the attempted coup against Trump—is driven by their understandable fear that Trump is moving to break up what he is now calling the “Military-Industrial Complex,” which has entangled the U.S. in “endless wars.” He outflanked them in Syria, working with Russian President Vladimir Putin and Turkey’s President Recep Tayyip Erdoğan. When he did, the supporters of these wars in both parties exposed themselves as the mercenaries they are, in their attacks on him for fulfilling his campaign promise to end the “permanent wars.”

As promising as the shift on the ground in Syria has been, in demonstrating that Trump can successfully reverse the dangerous geopolitical confrontations which have defined the post-Cold War period, through strategic cooperation with Russia and China, there’s a bigger weak flank that these scoundrels must defend, which is the collapsing neoliberal monetary and financial system. The fear that Trump may act abruptly to strip power away from the central bankers responsible for building up an unsustainable debt bubble that threatens to unleash a systemic collapse, is driving the farcical impeachment campaign, even if the State Department, “intelligence” agencies, and Democratic Party honchos on the ground, may not be completely aware of it. The Wall Street/City of London financiers who ultimately control them, are well aware of it.

In the feeding frenzy being created by the media to back the Ukraine impeachment narrative, it would be easy to miss the accelerating financial crisis, which is the cause for the biggest financial bailout since the aftermath of the 2008 Crash.

Since mid-September, the U.S. Federal Reserve has been pumping liquidity to banks and other financial institutions in the form of overnight and two-week “repo” loans, in a desperate attempt maintain the tenuous solvency of some as-yet-undisclosed speculators. These cash infusions, which have ranged from $35 billion to $100 billion per day, are now being supplemented by $60 billion per month in Fed purchases of financial assets, in what should be called Quantitative Easing IV, reversing the trend of “tightening” and de-leveraging that began in 2015.

While financial circles know perfectly well who is being bailed out—whether it is the impending collapse of a large bank or hedge fund, an emergency backstop to prevent a derivatives blowout, or some other threat to explode the over-leveraged, unsustainable debt on the books of financial institutions—the public is being kept unaware of the depth of this crisis.

What these central bankers are saying publicly is that a massive, global austerity regime must be implemented to “save the planet” from “man-made climate change”—a fraudulent narrative—at the same time that they are pushing for multi-trillion dollar “investments” in a bubble of “Green” finance, to be funded by taxpayers through new taxes and government subsidies!

While bland statements pour out of the mouths of Federal Reserve officials and economists about the overall strength of the U.S. economy, this is obviously as much hot air as what they are pumping into the financial system. The actual indicators point toward the coming implosion:

• After two years of moderate improvement in the manufacturing sector, new employment in production is declining, and investment in manufacturing firms has dried up;

• Corporate profits are falling, while corporate debt is skyrocketing to over $15 trillion. Much of the new debt taken on is offered at junk-bond levels. This is driving the demand for overnight repo loans;

• Housing starts are falling, even as the demand for new housing is increasing;

• Household debt is rising rapidly, led by student debt and auto-loan debt, as wages have not kept up with inflation—which economists insist is too low—forcing families to borrow to cover necessary expenses. 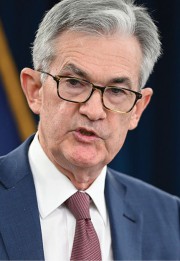 President Trump has yet to address this crisis. Instead, he continues to point to an appreciating stock market as a sign of robust economic health. But insiders know that he is aware that this is a specious argument, as he correctly called out Hillary Clinton for making the same argument when she defended the so-called Obama recovery during the 2016 campaign. Trump’s consistent attacks on Federal Reserve chair Jerome Powell, add to the nervousness of the City of London and Wall Street swindlers, who fear such statements may presage some as-yet-unannounced action against the “independence” of the Federal Reserve, which is, after all, a private central bank, and not a government institution.

Further, during his 2016 campaign, Trump echoed elements of Lyndon LaRouche’s Four Laws, calling for restoring Glass-Steagall banking separation, which was included in the Republican Party platform; unspecified financial reform, to loosen credit to small and medium enterprises and revive manufacturing; and major spending to address America’s deteriorating infrastructure. He also repeatedly attacked the globalist “free trade” agreements signed by his predecessors, and has, as President, fought to restore the U.S. program for manned space exploration, including colonization of the Moon and Mars, as advocated by LaRouche. He has also praised the American System, whose most prominent modern advocate has been Lyndon LaRouche.

LaRouche’s Four Laws to Save the U.S.A. Now explicitly reject the neo-liberal economic and financial policies which led to the 2008 collapse. It is the continuation of these policies after the crash that is responsible for the current danger of a new, even bigger crash. The accuracy of LaRouche’s forecasting is well known, and his call for junking the neo-liberal system and replacing it with an American System, a Hamiltonian credit policy, is also well known. This knowledge has played a role in shaping the policy discussions behind the economic progress achieved by China, and other Eurasian nations.

Given that President Trump has shown a willingness to move against the London/Wall Street consensus on both economic and strategic policies, the concern that he might act with determination to junk their neo-liberal system is the cause of understandable fear among those out to remove him through a regime-change coup.

The leading opponents of Trump, from the beginning, have been those who have vested interests in continuing the geopolitical strategic arrangements which support the collapsing neo-liberal system. The center of this system continues to be the City of London, which initiated the Russiagate hoax through Britain’s Government Communications Headquarters (GCHQ) spy agency. GCHQ asserted it had intelligence of Russian cyber interference in the campaign. This was seized upon by Brennan as the basis for setting up a “Get Trump” task force—in conjunction with the fabricated dossier compiled by “ex”-MI-6 operative, Christopher Steele and paid for by the Hillary Clinton campaign. That dossier was used by Comey, Strzok and others to attempt to derail Trump’s presidential campaign, while justifying their illegal spying and sting operations.

As noted above, most of the players in this operation were deeply involved in the February 2014 coup in Ukraine, designed to heighten East-West tension. Included among the scoundrels are Obama administration officials such as Biden and Brennan, American neo-cons, British spook Steele, and of course mega-speculator George Soros, who funds regime-change coups, “Green” financial swindles and “grass roots” impeachment mobilizations generously, with money made from his ill-gotten speculative gains.

While Trump has performed courageously in countering the coup and has moved boldly to implement his strategic designs—as for example in Syria and North Korea—his Achilles Heel remains the weakness of the economy, which could be used against him, should the system blow before the 2020 election. Will he now embrace LaRouche’s Four Laws, and LaRouche’s proposal to join with Russia, China and India, to enact a financial-economic reform to create a New Bretton Woods system—a system that would bankrupt his opponents while inaugurating a new era of development and prosperity, based on multilateral agreements?

This is the greatest fear of his adversaries—that he could take actions that would put these scoundrels out of business forever. It is also the best hope for mankind.