This editorial appears in the December 13, 2019 issue of Executive Intelligence Review.

The following is based on the Mrs. Boyd’s notes for her presentation on the LaRouche PAC Fireside Chat on December 5, 2019. She was joined by Larry C. Johnson, a former CIA analyst and member of the VIPS (Veteran Intelligence Professionals for Sanity). The full discussion, lasting more than 90 minutes, with a wide-ranging question and answer segment, is available here.

Dec.5—The report from Inspector General Michael Horowitz is going to be made public on Monday and will be featured in a House Judiciary hearing on Wednesday. The question is, how to respond. How will the American people respond? The feeling you may get is that if Horowitz does not deliver a knockout blow to the entire apparatus the President is up against—a corrupt system that has been built up ever since Roosevelt’s death and now is in open revolt against the President—then people will just pick up their marbles and go back to some less stressful existence they imagined themselves to be leading. In that light, in light of the real fight we are in, it is not accidental that in her teleprompter-delivered announcement about proceeding with impeachment today, Speaker Pelosi began, not with the Constitution, but with the Declaration of Independence. You see, she really does see herself as engaged in outright sedition.

Tonight, I am going to talk a little about a paper that Lyndon LaRouche wrote on September 1, 1998. It’s called, “The Death Agony of Olympus,” and is reprinted in this issue of EIR. The subject is how to move people beyond being a loyal audience for LaRouche PAC events or observers of them, to engaging in the kind of effective political action required now to save the Republic and return it to its founding principles.

As we have emphasized throughout this process, each step in the coup, each step in this process has exposed more and more of the decadent institutions and people who have tormented both us here in the United States and in the rest of the world, as well. Presumably, we will have an impeachment trial in the Senate, which will be the most perfect opportunity for the active political education of our citizens anyone could possibly imagine, provided we take maximum advantage of what is coming.

I will not pretend to present the entirety of LaRouche’s paper, because it is profound and has to sink in. Rather, I will just whet your appetite, and I think it can serve as the appropriate opening way to think about what is coming.

What LaRouche documents in this paper is the fact that objective programs and momentous events do not themselves determine history. He wrote it to help leaders, then, and now, inside and outside the government and in constituency organizations.

My task here, is to provide the basis in understanding, for that quality of peace of mind, which today’s political leaders must summon to guide their judgment, in facing the otherwise nerve-wracking succession of crises still before them.

As we have repeatedly emphasized, those crises are now before us: The financial system is bankrupt, and the House majority, the courts, and the intelligence community are in outright rebellion against the President and his supporters. For them, it is a zero-sum game—if they win, you lose.

LaRouche outlined the objective problems of “free trade” and “globalization”—the two doctrinal plagues destroying humanity. These doctrines are currently under ferocious attack by Donald Trump and are the real rub, so to speak, in the move to eliminate him. But the solution LaRouche defines for the causes Trump has taken up, is to return to something like the pre-1958 Bretton Woods system international agreements and American System economic policies in the United States.

This will not happen if you do nothing more than support the President in his campaign, while passively existing according to your definition of being a good citizen, or perhaps throwing shoes at your television set whenever the mad Democrats appear. It will only come about by citizens, subjectively, examining all of the axioms and postulates governing the present system and their own present habits of thought and deciding to now become leaders, envisioning, as both President Trump and LaRouche say, a future which those trapped in the present cannot conceive. What do we want the earth to look like in 50 years? Are we prepared to bring that into being?

Challenging What You Believe to Be True

Like a scientist at each stage of a crash program, each step in this process presents new problems to solve, new inventions to be made. Nothing is fixed. In other words, the President can succeed in defeating the free traders and the globalists and the present crazed Democrats only if citizens themselves embrace a new identity. As opposed to what you might initially think, this is not unusual under conditions of war like the one we are in now. 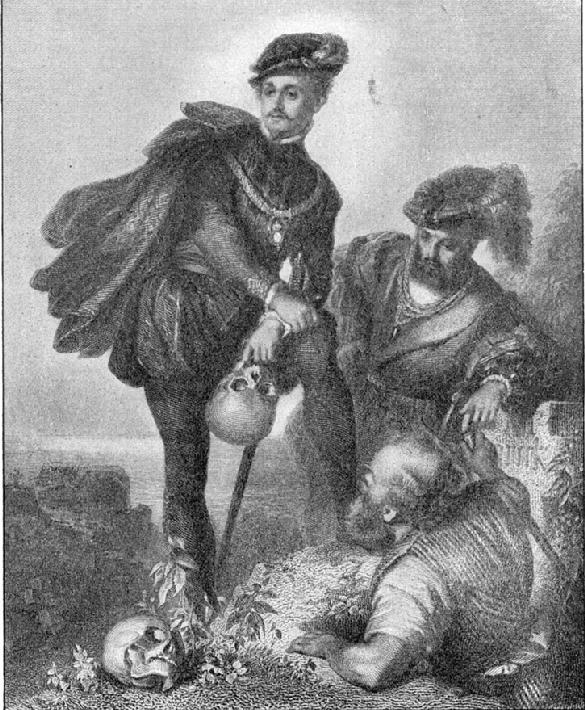 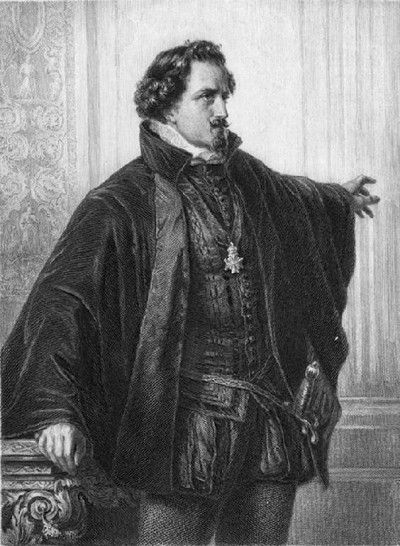 LaRouche cites three figures from classical tragedy to illustrate his point. Shakespeare’s Hamlet refused the invitation to journey into the unfamiliar, to abandon his familiar ideology, and doomed himself and the Kingdom of Denmark in his own bloody end. In Schiller’s Don Carlos, the character Rodrigo, the Marquis of Posa, is doomed by his egocentric lust for power and position. He dooms both the cause in which he formerly believed and whole countries. LaRouche then contrasts both Hamlet and Rodrigo with Aeschylus’ Prometheus, who chooses unending torment rather than allowing the evil Zeus to survive, saving mankind from the status of being forever doomed, dumb human cattle in the process.

LaRouche then analyzes the elites as a formation in 1998, in a way that is not much different from what confronts us today:

In a world where actual industry has been reduced to an impoverished and looted relic of a more prosperous, abandoned age of agro-industrial progress, political power has become concentrated in a most unwholesome entanglement of links among government bureaucracies, major factions of political parties, and leading mass media interests. This unwholesome collation, has coalesced into a single entwined commonality, a depraved union aptly described as a slithering mass of polymorphous perversity.

He calls this mess, succinctly and surprisingly, the National Endowment for Democracy, that regime-change operation through which the United States has represented itself, shamefully, to the rest of the world throughout the past 40-odd years. Anyone watching the recent impeachment show in the U.S. House of Representatives, or who understands the coup the Obama administration ran with neo-Nazis in Ukraine in 2013-2014—the coup that is really at the center of the present impeachment hearings—will resonate with this analysis.

Thus old generals, too much attached to the apparently successful, narrowly defined set of habits which they have been conditioned to adopt as “natural” or “practical” during a past period, often fail to respond effectively to a radically new set of circumstances. The exemplary expression of this challenge is the way in which members of society respond to successive shocks of crisis, either by making successful, sudden, radical changes in axioms or behavior in response to crises, or failing to do so. The ability to choose and to make such changes successfully and to make such changes with appropriate confidence, or to fail to do so, is the pivot upon which the survival or doom of entire cultures often turns. 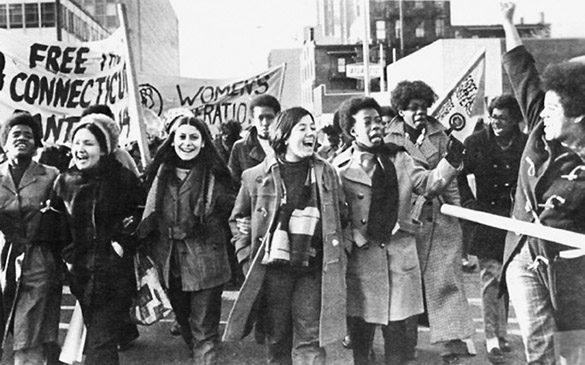 “The 68’ers never fully and willfully resisted and defeated the anti-social and evil passions of their day.”

Failure of the Baby Boomers

The piece goes on to make clear that the level of creative cognitive development is the most important factor in the human ability to choose and make changes, appropriately, under new circumstances.

LaRouche discusses the baby boomer generation’s still current role in shaping policy, while laying out the cultural factors that had created, and still feed, their degradation as singularly significant to our current chaos. The 68’ers never fully and willfully resisted and defeated the anti-social and evil passions of their day, and the generations that followed have been even worse. All of this is subsumed, he says, in the issue of whether citizens actually grasp that they are made in the image of the Creator, whether they know they have the spark of divinity within them,—and can prove that fact by engaging the unique human capacity to increase mankind’s power over the universe, per capita and per square mile of the planet’s surface.

LaRouche ends the paper by citing the unique mission of the United States in the world, a mission encompassing America’s heritage in the best ideas of European civilization, a mission rooted in the ideas that all are created equal, endowed with the potential of creative reason, expressed in scientific and classical artistic forms of universal improvement in the condition of the human individual. 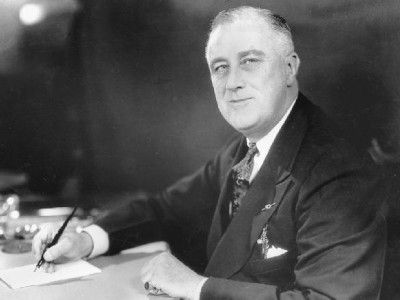 He says, as Roosevelt said, that the historic mission of the United States, is to ensure the creation of a system of cooperation among perfectly sovereign nation states, to establish a system of justice, based upon commitment to truth and economic progress throughout the world as a whole. That can’t happen without a drastic shift in educational policies in the nation, a shift both necessary and urgent for continued survival; a shift dominated by emphasis on new scientific discovery and classical art forms, fostering creativity rather than habit.

This, I contend, can form an urgent mission statement for our Committees of Correspondence, to bring about the necessary changes which must now occur. It is both a longer term and short-term perspective, the implementation of which we should undertake now.