This editorial appears in the December 20, 2019 issue of Executive Intelligence Review. 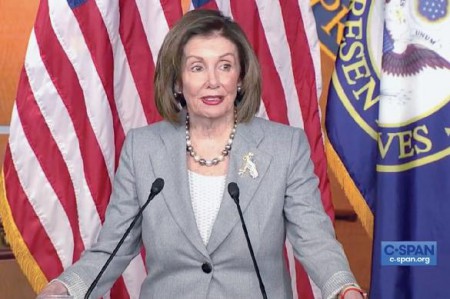 Nancy Pelosi, Speaker of the House.

Dec. 13—At a CNN Town Hall meeting late Thursday evening, December 5, House Speaker Nancy Pelosi, perhaps involuntarily, suffered an “Ibykus Moment,” echoing the guilty cry of murder in Friedrich Schiller’s poem, “The Cranes of Ibykus,” while revealing her actual criteria for the impeachment of President Donald Trump. Possibly, the mental and moral strain is getting too much for Ms. Pelosi. Whatever the reason, such a “truth will out” revelation, from an inside-the-beltway D.C. operative is very rare indeed.

Speaker Pelosi was asked by a member of the audience to justify her support for impeachment against President Trump. Inexplicably, she then proceeded to discuss why she had not supported impeachment against George W. Bush at the time of the invasion of Iraq, despite calls by many individuals and elected leaders to do so. Pelosi stated:

I was Ranking Member of the Intelligence Committee even before I became part of the leadership of [the] Gang of Four. So, I knew there were no nuclear weapons in Iraq. It just wasn’t there. They had to show us now—to show the Gang of Four all the intelligence they had. The intelligence did not show that—that was the case. So, I knew it was a—a misrepresentation to the public. But having said that, it was, in my view, not a ground for impeachment.

So, in Pelosi’s view, a President of the United States who lies to the American people (and the world) in order to justify a full-scale war has not committed an impeachable offense. Bear in mind that the Iraq War resulted in 275,000 dead Iraqis, another 1 million who subsequently died from starvation and disease, 8,000 dead young American soldiers, hundreds of thousands of American war veterans suffering from PTSD, and despondent war veterans who continue to commit suicide at the rate of 22 per day.

All of this was made possible by a monstrous lie, concerning “weapons of mass destruction,” declared by President Bush and his advisors. Pelosi states that she knew it was a lie by 2003, yet did not think it warranted impeachment!

During the regime of Barack Obama, the lies and military interventions continued. Britain and America joined to overthrow the legally elected government of Ukraine, utilizing outright Nazis to accomplish that goal. Libyan leader Muammar Qaddafi was overthrown and murdered in cold blood, with U.S. military forces deployed by the Obama White House to effect that result. Regime-change warfare became the modus operandi of the Obama years. The net effect of all of this was to drastically worsen relations with both Russia and China, while U.S. interventions in Iraq, Afghanistan, Libya, and Syria produced a deluge of recruits to ISIS and other terrorist groups.

Where was the “Trump must be impeached!” Pelosi during all of this? Silent as a church-mouse—as the bodies piled up. 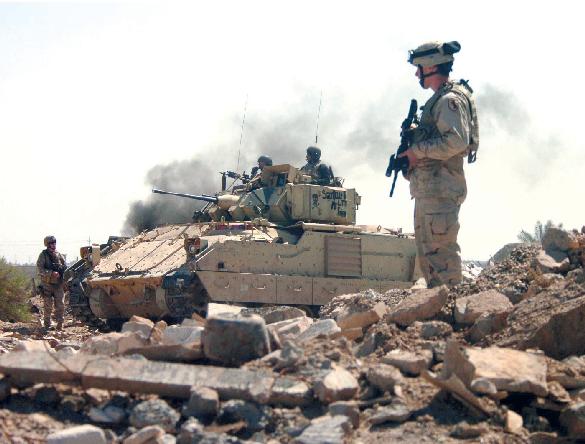 Fast forward to the 2016 election. Candidate Trump publicly called the Iraq war the biggest mistake in U.S. history. He pledged he would end the Bush/Obama “endless wars,” and would work to establish cooperative relationships with Russia and China. As President, he has maintained his view of the Iraq War and fought to keep his promise of a better relationship with Russia and China, despite the continuing vicious attacks accusing him of being a puppet of Putin. If there remain any honest, i.e., not bought-and-paid-for, individuals among what are sometimes called “progressives,” honesty and integrity now demand that they recognize that Trump has been a Peace President and has fought, against great opposition, to reverse the war policies of his two predecessors.

Two articles of impeachment have now been drafted against President Trump. The first charges that Trump abused the power of his office by withholding funds allocated by Congress to purchase lethal weapons for Ukraine, until an investigation were launched by the Zelensky government into charges of corruption by former Vice President Joe Biden. The second charges Trump with obstruction of Congress, by withholding documents related to the case, and refusing to allow key administration personnel to be called before the Intelligence Committee to testify.

Consider first, that Republicans on the House Intelligence and Judiciary Committees completely destroyed the basis for these charges during the Committee hearings. Second, recognize that charges by the opposition political party of Abuse of Power, and Obstruction—not allowing White House personnel to testify before rigged hearings, are not impeachable offenses. The U.S. Constitution sets a very high bar for impeachment, to prevent exactly the type of shenanigans we are now witnessing.

In a press statement on December 12, when she announced that the full House will vote on articles of impeachment next week, Pelosi intoned, “The facts are clear—irrefutable.” Truly, she is the “woman that was used up.” Whatever morality that might have inhabited her soul at one time is long gone. Yet, like Lady Macbeth, the blood will not wash off her hands, and in moments of extreme agitation we see her compelled to confess to her own past crimes.