This editorial appears in the February 14, 2020 issue of Executive Intelligence Review. 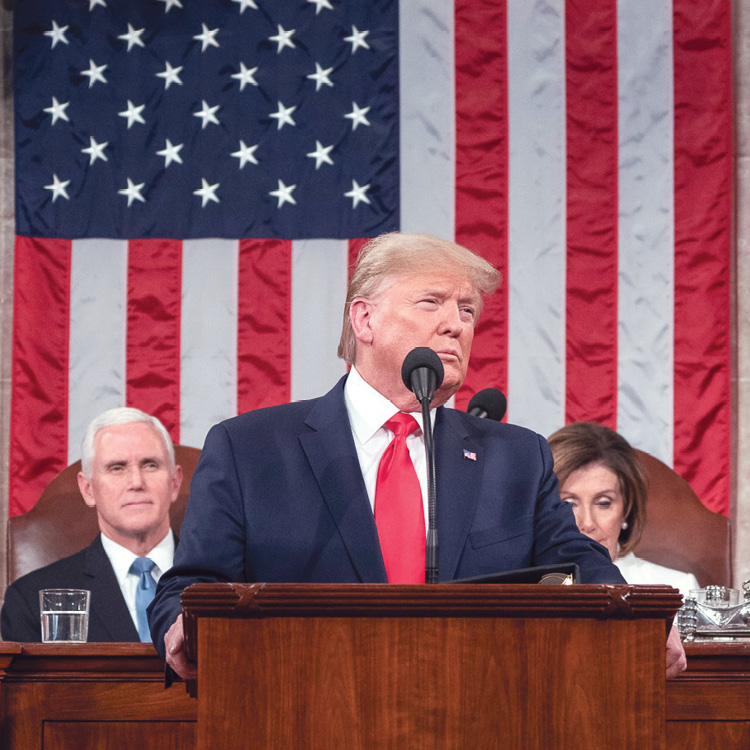 Feb. 8—Tuesday night, during his State of the Union address, President Donald Trump called for full funding of the Artemis program, his bold space vision to return to the Moon. This is the critical first step to the next level of economic development for the human species, including an interplanetary fusion economy and mankind’s colonization of Mars and the rest of the Solar System.

As was demonstrated by the Apollo Moon missions, the exploration of space is the most important and effective driver of science, technology, economic growth, and cultural optimism. The Apollo Program produced profound breakthroughs in medicine, engineering, manufacturing, and other fields too numerous to list, and expanded our understanding of the fundamental laws of the universe. For every $1 spent on the manned space mission, our economy gained $10 right here on Earth, because of the technological improvements that mission demanded.

Trump sees America’s return to space as critical to our future:

In reaffirming our heritage as a free nation, we must remember that America has always been a frontier nation. Now we must embrace the next frontier, America’s manifest destiny in the stars. I am asking Congress to fully fund the Artemis program to ensure that the next man and the first woman on the Moon will be American astronauts—using this as a launching pad to ensure that America is the first nation to plant its flag on Mars.

However, the Artemis program has been subject to concerted attacks in Congress. One such assault on the scientific future of our nation—and the world—is H.R. 5666, a bill sponsored by the chair of the House Subcommittee on Science and Aeronautics, Rep. Kendra Horn (D-OK). This bill cuts funding to Artemis, jeopardizing the progress it has already made, and the program as a whole. It explicitly states that Artemis should not develop the resources of the Moon. This outlook is wrong. The Moon’s surface is loaded with resources, including oxygen, water, metals, and a special resource unique to the Moon, helium-3. This special type of helium is very rare on the Earth, but present in relative abundance on our celestial neighbor. It is considered the best fuel for fusion, an inexhaustible and high-powered energy source that can literally power the entire Earth without waste, while transforming our relationship to natural resources.

Instead, H.R. 5666 argues, we should ignore the many benefits of developing lunar resources and infrastructure and instead go directly to Mars. 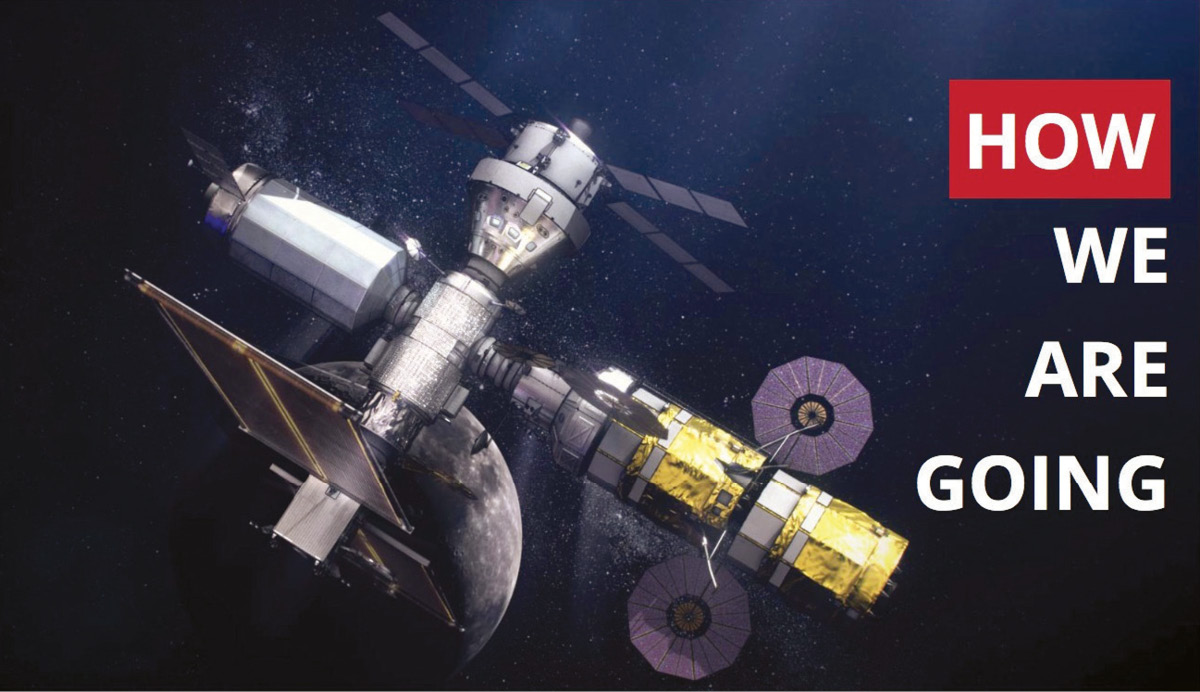 NASA
From NASA’s webpage on Artemis: “Humanity’s return to the Moon, with a sustainable architecture, the likes of which has never been built before.”

In an exchange with LaRouche PAC leader Kesha Rogers, NASA Administrator Jim Bridenstine emphasized the significance of the 2024 date for landing on the Moon:

You [Kesha Rogers] mentioned 2024, and some people have said maybe that’s a partisan date. Remember what Kennedy said: “By the end of the decade.” He gave it a date. Why? Because that’s how you get results. Here’s the important thing: NASA doesn’t have a science problem or a technical problem. We can retire all the technical risk you can imagine: We’re an amazing agency with amazing engineers. We have a political problem! That’s why we are not at the Moon right now, that’s why we are not on Mars right now.

The “political problem” referred to by Bridenstine has been the result of a sustained attack on our nation’s manned space program, an attack that started long before Trump took office. The neo-Malthusian, zero-growth attitude, coupled with deadly pragmatism, has crippled our space program, robbing Americans of the optimism, scientific progress, and creative discovery uniquely associated with the exploration of space. This insanity is coupled with rabid and irrational hatred of President Trump generated by constant 24-hours-a-day propaganda portraying him as a monster. As a result, Congress is chipping away at Artemis, saying that if this President proposes producing a bountiful and optimistic future for you and your children, it must not happen because this President proposed it.

LaRouche PAC Will Fight for Full Implementation of Artemis

LaRouche PAC is going to fight for full implementation of the Artemis program. It is the type of challenge and vision that can unite our population and fire the imaginations and creativity of our youth. It is a mission in which we fulfill and celebrate the nature of human beings, the gift to our species of creative thought, the ability to transform the universe—unlike the pessimism and decadence which has persisted in our society since the last great space exploration program was killed. It is the basis for cooperation with Russia, China, and India, in a grand mission to understand and develop the universe in which we all live, replacing the primitive and stupid idea of endless wars over resources and geopolitics.

Upon President Trump’s announcement of the Artemis Program, LaRouche PAC has taken its support for this very important initiative to the streets in a big way, to organize the American people in full support of this critical mission. We continue to circulate a petition and accompanying report under the headline “We Commit to the Moon-Mars Mission.” The report begins:

A 50-year, international crash program for lunar industrialization, the development of fusion-powered space flight, and Mars colonization will be the most important driver for the U.S. and global economies. President Trump’s plan to return to the Moon by 2024 is the correct first step; let’s see the full program through.

The great visionaries of our space program did not merely see the program as meeting short-term goals or deadlines, but as setting a standard for true economic and scientific progress for all of humankind. The achievement of a permanent lunar presence is the gateway to the development of a human economy in space.

Will you join us now, in the fight to implement this great adventure? Lifting our eyes to the stars will heal this nation’s present, destructive partisan wounds. Like President Kennedy’s challenge to the nation to go to the Moon, today’s Moon-Mars mission is a necessary challenge for achieving a future worthy of all human beings on planet Earth, and, soon, beyond.