This editorial appears in the February 21, 2020 issue of Executive Intelligence Review. 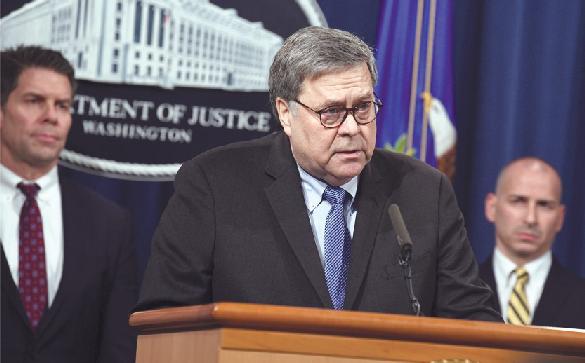 Based on Ms. Boyd’s notes for her presentation on the LaRouche PAC Fireside Chat, February 13, 2020. She was joined on the program by William Binney, a former technical director of the National Security Agency. The full program, including a live question and answer period, is available here. Subheads have been added.

When I wrote the email for tonight’s show, I said I would focus on the parallels between Roger Stone’s case and the case of Lyndon LaRouche, as a way of getting at the delusions presently infecting the minds of many among Donald Trump’s supporters: that the end of the Ukrainegate impeachment was somehow a victory against those running the coup, and that they could now afford to be complacent, restricting their activities to showing up at rallies and turning out to vote.

That daydream has been rudely interrupted by the latest staged coup plot, the resignation of four prosecutors, all tainted by the illegal Robert Mueller investigation. They had proposed a sentence of 7 to 9 years for Roger Stone, a sentence typically given to violent criminals of the worst sort. Attorney General William Barr intervened to reverse this proposed atrocity, immediately prompting crazed calls from Senator Chuck Schumer and others for Barr’s resignation for protecting a friend of Trump. The President pressed on, going after the clearly corrupt Judge in Stone’s case, Amy Berman Jackson, amidst further hysteria from the Democrats and equally pained cries from wimpish Republican Senators and presidential allies, once again, to tone it down: Just pardon the guy already, forget about the injustice that is staring you in the face, they counsel.

In reality, Roger Stone is a piece on the chessboard—now being played in a desperate effort to prevent Barr from prosecuting all of those involved in the coup, something that he appears to be determined to do. He is opening investigations of Ukrainegate itself now, in parallel with the Russiagate investigation being conducted by John Durham.

To start thinking about this clearly, think about what kind of “victory” was had in the impeachment proceedings. President Trump started out, determined to bring those in Ukraine who had sought to take him out in 2016, to justice. The President said he would not consider further military aid until this was investigated, while also detailing that country’s notorious corruption. That, like many of the President’s instincts, was absolutely correct and would be fatal to his enemies, if pursued. That investigation, of Ukraine’s cyberwarfare, propaganda operations, and actions against Paul Manafort in 2016, would have led directly to the people who conducted the 2014 coup in Ukraine and installed a neo-Nazi government as a means to continually support subversion against Russia on its southern border.

In turn, the Ukraine coup involved all the main players in the Russiagate hoax against the President—CrowdStrike, Christopher Steele, the Clinton and Kerry State Department, Steele’s British intelligence circles, the same FBI and DOJ circles active against the Trump candidacy and Presidency, and the whole-of-nation information warfare operation that has dominated our mass media since Trump became President. It included Joe Biden, the Ukrainegate whistleblower, and the case officer for Ukrainian operations against Trump’s 2016 campaign, Alexandra Chalupa.

Completely derailing the investigation was what the desperate Ukrainegate impeachment operation was all about. That the President’s supporters did not see this and fight the impeachment on that level—the highest level—ended up with the President forced into pragmatically compromising with corrupt Senators on both sides of the aisle who were up-to-their-ears in the 2014 Ukraine coup. He gave the aid. He declared himself better than Obama in this dangerous adventure. The people most involved in exposing this operation, Rudy Giuliani and John Solomon, were viciously harassed and sidelined, casualties temporarily, at least, in this war. Yes, the President’s poll numbers soared as people protested and were outraged by what was taking place. But ask yourself, has the nation advanced from any of this? Has the presidency been secured? 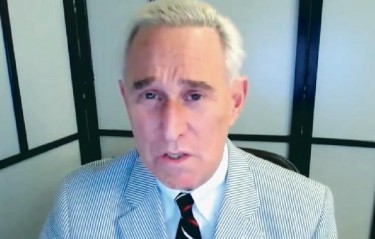 It is characteristic of both Roger Stone and Lyndon LaRouche that they refused to compromise with the truth or to choose the pragmatic pathway. The physical appeal of pragmatism, ensuring short-term survival, would not ensure long term survival for anything either one of them believed in, because it was not truthful. The difference in the two cases was the target.

In Stone’s case, the President was, and always has been, the target. Stone was brutally arrested in the infamous SWAT team raid on his home, filmed by CNN, not only as a means to coerce Stone to lie about President Trump in the Mueller investigation—a typical tactic—but also to see how President Trump would react to the brutal takedown of an ally. It was part of the series of baits and traps laid by the Mueller team in the hopes of triggering an overstep by the President that could give credence to obstruction of justice charges.

We now know, as the result of the Inspector General’s report and other evidence, that the Mueller team knew at the outset of its investigation that there was no Trump/Russia collusion, the very predicate of the entire two-year national nightmare. As we said at the time, members of the Mueller team were legal hitman, legal assassins, whose sole goal was to take out the President of the United States.

Faced with an indictment for lying to Congress and allegedly threatening a friend about testifying to Congress, Stone, arrested late in the Mueller probe, refused to lie about the President and then fought back. He challenged the very basis of the entire Russiagate investigation and Mueller probe: that the Russian GRU hacked the Democratic National Committee and John Podesta, turning the proceeds of that hack over to WikiLeaks for publication. He brought in Bill Binney to demonstrate this, and the very corrupt court which tried him, simply ignored that evidence, deeming it irrelevant. Stone argued to the jury that he was being indicted for lying about a Russian plot that did not exist and obstructing a probe of the intelligence community’s story of a plot based on a fantasy—even after the Judge had denied him the most valuable evidence for presenting his defense, Bill Binney’s evidence. 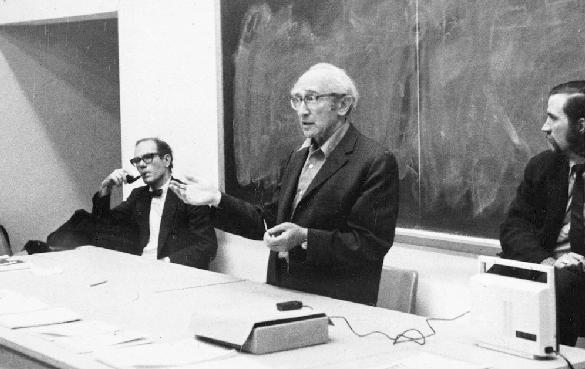 EIRNS/Alan Yue
Economist Abba Lerner (speaking), in a debate with Lyndon LaRouche, was forced to admit that had Hjalmar Schacht’s economic austerity program been implemented in Germany, Hitler would not have been necessary. Queens College, New York City, December 2, 1971.

In the LaRouche case, LaRouche was the target, prosecuted because his ideas in and of themselves constituted a danger to an elite that had lost the ability to think about economics, science, or much else. As LaRouche himself said, he was declared a dangerous subversive the moment he defeated Abba Lerner, the establishment’s economic spokesman, in a debate at Queens College in December of 1971, right after the British convinced Richard Nixon to dismantle the stable Bretton Woods monetary system and unleash the post-industrial speculative economics and the “information” society, which have devastated this nation ever since. He called Lerner’s embrace of those policies fascism, and largely predicted, even then, where the Democratic Party’s embrace of environmentalism and identity politics would lead.

LaRouche’s FBI files reflected this almost immediately. In 1973, Lyndon LaRouche’s National Caucus of Labor Committees was declared to be the leading security threat to the United States. LaRouche was told directly by the highest levels of British finance that his plans for international development would work but they would never allow them to happen.

We have detailed the key aspects of the LaRouche prosecution that are being precisely replicated in the ongoing coup against Trump in our pamphlet, Robert Mueller Is an Amoral Assassin Who Will Do His Job If You Let Him. It is the very same apparatus: an intelligence surveillance and profiling operation, a full-scale defamatory media campaign designed to create pure and unadulterated hatred, and very dirty cops planning and designing setups and baits by which to create crimes.

And the intensity of the operation—deployed against this one man, Lyndon LaRouche, a private citizen—was different only in scale to that now leveled at the President of the United States. The hatred generated had one objective in each case, preventing the unleashing of those ideas, which, if implemented, effectively threaten the New World Order, put into place by the British government and George H.W. Bush. The only difference is the dramatic expansion of the privatized aspects of this apparatus, which LaRouche also predicted would occur.

Now, I am telling you this not because I want to paralyze you with fear of something that is all powerful. It is not. In fact, right now it is drastically weakened. The apparatus that Lyndon LaRouche fought is now being fought on the plane of the U.S. Presidency itself, with all of the powers of declassification, appointment, and investigation, to finally defeat this enemy. But we can only do so if it is understood what this enemy is and what its vulnerabilities are, and if we resist, at all costs, any ideas that we can be pragmatic, or lazy in our thinking or mode of operation, substituting slogans for an actual strategy. They have made it plain, either they get taken out by legal means, or you get taken out by any and all means, including those which are lawless. 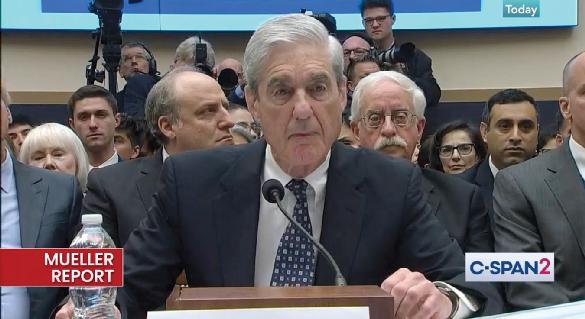 LaRouchePAC’s Committees of Correspondence exist because the task is to elevate ourselves to being generals, rather than privates, on this field of battle. A President who has resisted, rather than caving, has opened up a vista wherein the enemy has exposed itself, over and over again. And, the actual policy flanks by which this enemy can be defeated are actually presenting themselves, namely, a crash program to get to the Moon and Mars, harnessing fusion power in the process, which this President has endorsed.

At the same time, Bill Binney and friends can tell us exactly how to dismantle the national security state. Call this, “Lyndon LaRouche’s sweet revenge,” if we succeed in getting the population fully mobilized around this program of both defeating the insurrection against the Presidency and starting the reconstruction process implied by the Moon-Mars mission. But doing this requires the intellectual ruthlessness of Lyndon LaRouche, a ruthlessness which constantly condemned the pragmatic and the mundane. It is that latter state of mind, rather than any power of the enemy, which leads to defeat.