This editorial appears in the October 23, 2020 issue of Executive Intelligence Review.

Censoring the New York Post Crossed a Red Line: The Constitution Is Imperiled 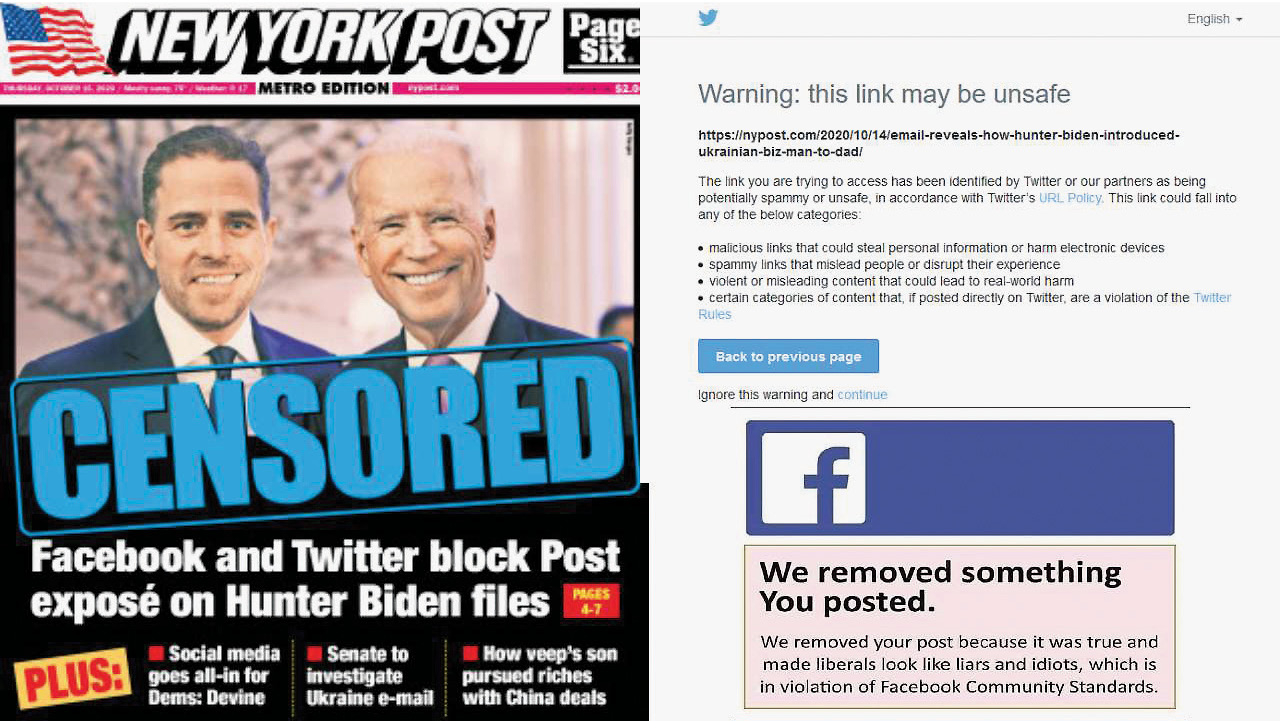 Oct. 15—A red line was crossed on October 14, 2020, in the ongoing coup being conducted by Democrats, and Never-Trump Republicans, joined by deep-state military and intelligence officials, against the President of the United States and the Republic for which we stand. They are acting at the behest of the world’s new imperial financial oligarchy, the modern British Empire, which rose to power in the wake of August 15, 1971, when George Shultz, then director of the Office of Management and Budget, who would go on to be Nixon’s Treasury Secretary, destroyed the post-war Bretton Woods monetary system, substituting a casino economy in its stead.

They are determined to prevent a Trump second term by any means necessary, taking much of the Constitution out in the process. Former MSNBC host Keith Olbermann echoed the prevalent sentiment this week by stating that the “terrorist Trump, his enablers and supporters must be removed from our society.” On October 15, Steve Scully, who was supposed to moderate the second presidential debate, was suspended from C-SPAN, after admitting that he lied that his Twitter account was hacked when it revealed him communicating with an anti-Trump jihadist, Anthony Scaramucci, to rig that debate.

On October 14, the New York Post, the fourth largest newspaper by circulation in the country, was censored by social media monopolies Facebook and Twitter. Twitter censored the accounts of the President of the United States and the White House Press Secretary. The Republican House Judiciary Committee website was censored when it tried to post the New York Post story. The list goes on. As many pointed out today, Thursday, this is blatant and unprecedented. 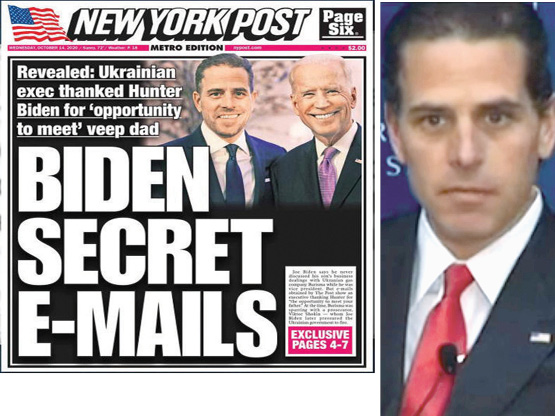 CSIS/CC BY 3.0
What they didn’t want the public to know: the New York Post breaks open the scandal of Hunter Biden’s corrupt business deals, that his Vice-President dad knew all about.

For months LaRouche PAC has been warning that the full-spectrum information warfare operation being run against Donald Trump by the Five Eyes intelligence community, sections of the military, and their collaborators in the media would openly act to blatantly rig the election if the President gained ground. That point has now been reached. There is, now, one way to stop this operation cold—an overwhelming victory for Donald Trump on November 3, delivering a stunning mandate.

At issue is a Post story involving Hunter Biden’s computer, which he left at a repair store and never picked up. The computer’s contents appear to corroborate mounds of other available documentary evidence showing that Hunter Biden garnered millions of dollars from the wife of the former mayor of Moscow; from a defunct Chinese energy firm, CEFC China Energy Fund; and from the corrupt Ukrainian energy company, Burisma—all of it premised on the selling point that his name was “Biden” and that he had obvious juice with his father, the then Vice President of the United States.

If you recall, President Trump was impeached by the mad House Democrats for even mentioning, to Ukraine’s new President, that the Ukraine side of this corruption saga was worthy of investigation. The unnamable classified leaker in the impeachment proceedings (hidden, due to a previous round of censorship) was Eric Ciaramella, a key Biden Ukraine staffer who stayed behind in the Trump Administration’s National Security Council. There is much documentary evidence pointing to the conclusion that the cocaine-addled Hunter was the bagman for the Biden family enterprise, a corrupt enterprise which included Joe Biden’s brother, James.

Previous to the Post story, Joe Biden had managed to dodge the clear import of this story by insisting that he knew nothing—absolutely nothing—about his son’s business dealings. This preposterous claim is only possible because the national news media has been in the bag for Biden, attacking any coverage of the actual facts as Russian “disinformation.” 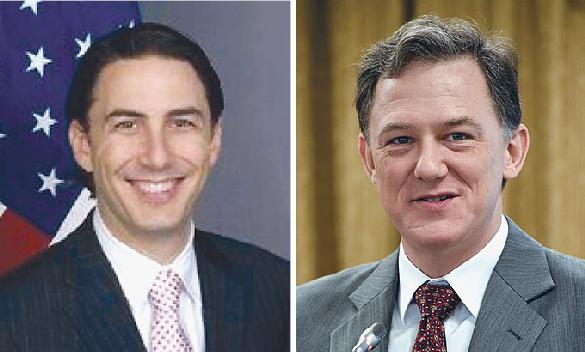 Even before the Post stories, it was known that two Obama State Department officials, George Kent and Amos Hochstein, briefed Biden’s office or Biden himself in 2015 that Hunter’s involvement with the notoriously corrupt Burisma energy company represented a significant conflict of interest because Joe Biden was supposed to be leading U.S. anti-corruption efforts in Ukraine. The national press widely reported that Hunter’s connection to Burisma stunk, way back when Hunter first joined the board in 2014. Despite State Department policy calling out corrupt Ukrainian oligarchs by name, Joe Biden refused to call out Burisma. Hunter Biden has himself admitted that he discussed his business dealings with his father.

While Hunter sat on its board, Burisma paid a $7 million bribe to shut down investigations of it. Hunter and his business partner, the now convicted fraudster Devon Archer, received $4 million for legal consulting aimed at clearing Burisma’s “reputation.” In January 2018, Joe Biden bragged at the Council on Foreign Relations that he threatened to withhold military aid to Ukraine while Vice President, extorting the firing of a Ukrainian prosecutor investigating Burisma. 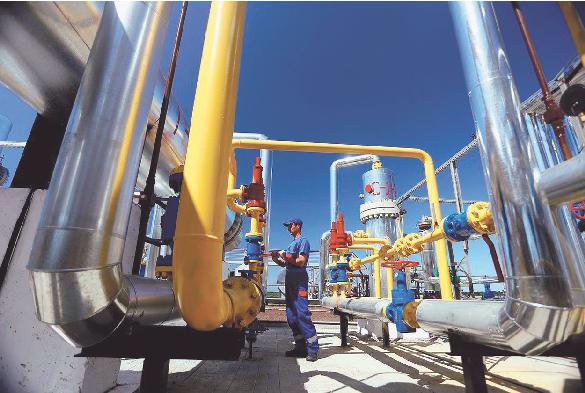 The new part of the story, which set off the round of unprecedented censorship, is that Hunter’s computer appears to show Joe Biden himself meeting with Vadym Pozharski, the Number 3 at Burisma, at Hunter’s instigation. Boom go all the cover stories and years of media manipulation. In addition, the computer contains details of Hunter’s multimillion-dollar haul from CEFC China Energy. 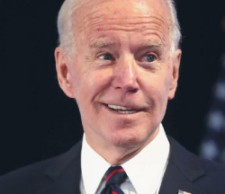 LaRouche PAC has also repeatedly emphasized that Joe Biden’s personal corruption is only one aspect of his perfidies in Ukraine. Obama and Biden deliberately deposed Ukraine’s duly elected President in a cold coup, installing actual neo-Nazis in the Ukrainian government, and then conducting an ethnic cleansing genocide aimed at the historically Russian populations of Ukraine’s South and East. This is the civil war, triggered by Joe Biden and the Obama State Department and the British, which has devastated Ukraine ever since. The Ukrainian intelligence operations which they installed played a significant role in the spying operations against the Trump campaign, and the information warfare operation hatched against both candidate and President Trump. This is also why any story about Ukraine results in hysterical panic by the Washington establishment and their media lackies.

In the United States, the First Amendment to the United States Constitution protects freedom of speech and freedom of press. It is essential to freedom of thought. The founders argued, and the nation has held ever since, that thoughts or facts may be wrong, but the best means to determine that is through free, transparent, and public debate. Censorship is condemned in the courts and, until recently, drew a visceral response from educated citizens.

This idea has been under continuous attack, especially since September 11, 2001, and the rise of the national security surveillance state. During the Obama Administration, “bad thoughts” began to be punished by corporate firings, social ostracism, education focused on using only approved words, and the so-called “cancel” culture. Internet users were subjected to sophisticated mental profiling techniques and chatrooms were invaded by minders seeking to “neutralize” anyone expressing deviant ideas. In the media itself, corporate profits, “entertainment,” and intelligence agency narratives took over. Those investigating real or controversial stories could no longer get published. This was a deliberate Obama Administration policy.

Trump and his allies blew that up in the 2016 presidential campaign, effectively using social media to target and tell their story while receiving millions of dollars in “free” mainstream media coverage because Trump deliberately created color and controversy, while showing an obvious love of, and connection with his supporters. It blew his stiff, boring, and intellectually bankrupt establishment opponents out of the water.

When Barack Obama, Hillary Clinton, and their British intelligence allies, here and in London, decided to run a “color revolution” in the United States against Donald Trump through Russiagate, their first post-election attacks were designed to take out any media in the United States which might effectively question them or continue to educate the “deplorables” who voted for Trump. In November 2016, the Atlantic Council—deeply implicated in both the Ukraine coup and the coup against Trump—and State Department networks published, anonymously, in the Washington Post, PropOrNot, a list of more than 200 websites falsely deemed “Russian propaganda.” Many of them did not survive this onslaught. Most were nominally on the left. It is an interesting side note that Burisma became a significant contributor to the Atlantic Council as part of the Hunter Biden-connected PR campaign to clean up its image.

Since then, a full-spectrum information war has been waged against Trump through the news media, depriving many in the population of any possible positive view of Trump. Conservative outlets have been subject to advertising boycotts, shaming, denial of service attacks, and shadow banning by Google, Facebook, and Twitter, driving down traffic. To the extent the Russiagate myth was debunked by honest journalists, of any political stripe, they were smeared as Russian propagandists. Now, big social media has taken the next step, attacking and censoring deviant “facts,” facts which do not fit the “narrative.” 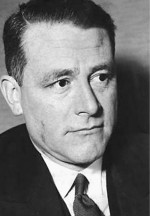 The man who wrote the book on law which legitimizes the outcome of fascist coups was the Nazi Crown Jurist, Carl Schmitt. That is the “law” to which those conducting this coup have already resorted, consciously or not, because they are making the Constitution and its norms into so many historical relics, replacing them with the law of the mob and alleged pure democracy. Schmitt taught that dictatorships could be legally imposed most fruitfully under conditions of declared emergency, such as the present COVID crisis or the escalated civil unrest being planned if Trump wins the election. While the immediate transition planned by the Democrats in all probability envisions a national unity one-party dictatorship of technocrats—since neither Biden nor Harris are actually capable of governing—the course has already been set by Carl Schmitt.

Following the staged burning of the Reichstag on February 28, 1933, Hitler used Article 48 in the Weimar Constitution, governing emergencies, to suspend the rights of his opponents, labelling them as terrorists.

A frightened Parliament, believing that Germany was under attack by the Bolshevik hordes, then passed enabling legislation legitimizing the dictatorship on March 23. The new law, which Schmitt wrote, was, he said, the expression of a “triumphant national revolution.” According to Schmitt, “The present government wants to be the expression of a unified national political will which seeks to put to an end the methods of the plural party state which were destructive of the state and the Constitution.” Schmitt promptly rewrote the entirety of the criminal code to punish subjective thought crimes, replacing its prior emphasis on objective acts. Hitler’s early government also allowed for plebiscites, or full democratic votes on certain measures, claiming popular consent.

A red line was crossed October 14. This is a turning point. The means for ending this coup lie in an overwhelming mandate for this President, and that is what you must organize your fellow citizens to bring about now. This transgression must not stand.