When Arthur Burns Burned Through Our Wealth, ‘Transitorily’

May 31—The Federal Reserve governors’ claims of “transitory hyperinflation” are humorous—hyperinflation, after all, can’t last very long before its destruction of wealth is done—but they are dead wrong. The last Fed chair in this position, Arthur Burns, who headed the central bank in the 1970s, began the destruction of the government’s price-tracking system trying to prove that the severe inflation of that decade was “transitory.” 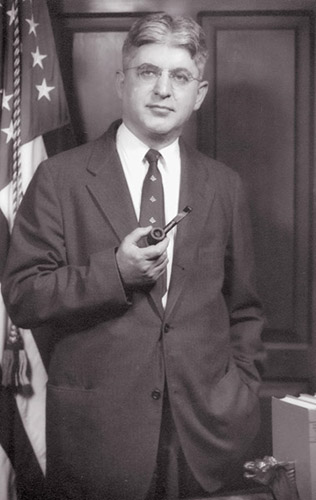 According to a May 26 op-ed in MarketWatch, “The Ghost of Arthur Burns Haunts a Complacent Federal Reserve that’s Pouring Fuel on the Fires of Inflation,” by economist Stephen Roach, who worked for Burns at the Fed during that period, sometimes called “The Great Inflation” (in American terms of reference), Burns was so determined to prove that Fed monetary policy had nothing to do with the growing inflation—rather, that it was “transitory factors”—that he demanded the removal from the price indexes of, first energy, then food, then homes, then cars, etc., until only 35% of the original Consumer Price Index was left, the “core,” free of “transitory factors.”

But the biggest parallel may be another policy blunder. The Fed poured fuel on the Great Inflation by allowing real interest rates to plunge into negative territory in the 1970s. Today, the federal funds rate is currently more than 2.5 percentage points below the inflation rate. Now, add open-ended quantitative easing—some $120 billion per month injected into frothy financial markets—and the largest fiscal stimulus in post-World War II history…. This policy gambit is in a league of its own.