This editorial appears in the October 22, 2021 issue of Executive Intelligence Review.

A Call To Release the Funds of
the Afghan People

Oct. 12—The following call was initiated by Helga Zepp-LaRouche, founder of the Schiller Institute, and Jacques Cheminade, former candidate for the French Presidency and president of the French political party, Solidarité et Progrès. 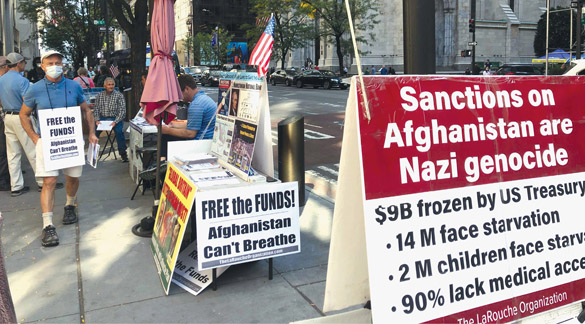 Today and in the coming days, we, informed citizens of the world and patriots of our own nations, stand united, in Washington, Berlin, Lima, Paris, Rome, Buenos Aires, Copenhagen, Madrid, Stockholm, Brussels and in many other cities of the world, to expose and denounce a crime.

On August 15, after four decades of foreign interventions, a new government took power in Afghanistan. While having orientations we don’t necessarily approve of, the new government has expressed its willingness to face the immediate humanitarian challenges, eradicate opium production, reconstruct Afghanistan’s health system and build the basic infrastructure required to jump-start trade and development. As clearly understood by Pakistan, India, China, Russia, Turkmenistan, Iran, and others, it is in the interest of all to allow the new government to stabilize the situation by engaging in normal international relations. But more is required: without minimal foreign input, Afghanistan will fail in dealing with its deadly food and health crisis, which started way before August 14.

Hence, it is outrageous that in the days following the Taliban takeover, the White House announced that all assets of Afghanistan’s central bank held in the U.S. would not be released to the new Afghan government:

• The U.S. Federal Reserve refuses to release the $9.5 billion of assets of the Central Bank of Afghanistan, $7 billion of which are held by the New York Fed. About $1.3 billion of these assets are held in international accounts, some in euros and British pounds, while the rest of the assets are held by the Bank for International Settlements based in Switzerland. As a result, Afghanistan can only access .1-.2 % of its total reserves!

• The International Monetary Fund has suspended all financing for “lack of clarity within the international community” over recognizing the new government. $370 million set to be released August 23 was withheld and access to the IMF reserves in Special Drawing Rights (SDRs) assets, which can be converted to government-backed money, have also been blocked.

• The World Bank (as denounced in a petition of Code Pink) has refused to release some $440 million, notably funds required to pay Afghan teachers and health workers. Hence, while there is a huge outcry over “women’s rights,” 13,000 female healthcare workers, including doctors, midwives, nurses, vaccinators, and other female staff, are not being paid by the World Bank’s Afghanistan Reconstruction Trust Fund (ARTF). 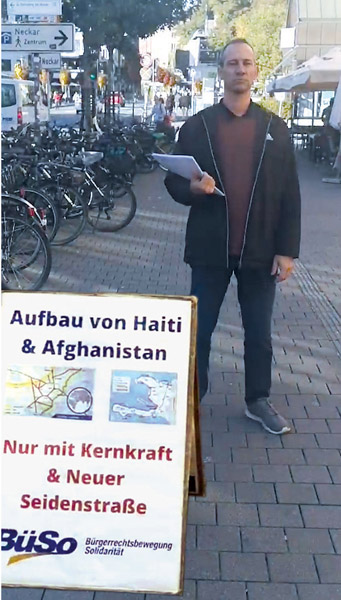 Schiller Institute
Schiller Institute Day of Action: Tübingen, Germany (above) and Paris (below). The German poster reads: “Construction of Haiti and Afghanistan with Nuclear Power and the New Silk Road” and the French: “A Call To Release the Funds of the Afghan People.”
View full size 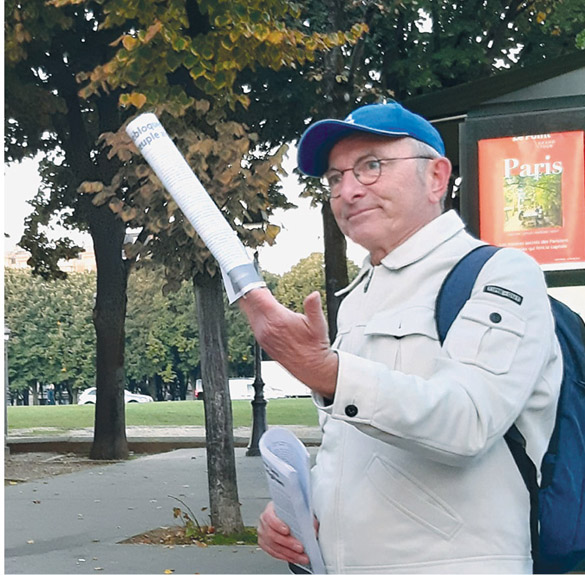 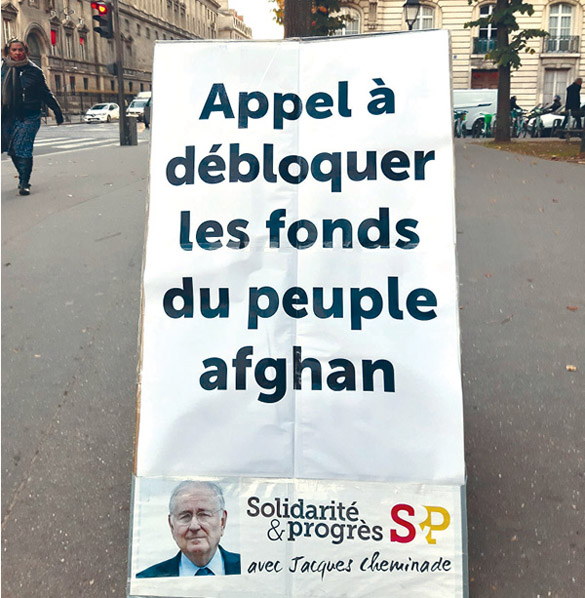 On February 29, 2020, the Taliban and the U.S. government signed an agreement. Part III of that agreement stipulates, “The U.S.A. and the Islamic Republic of Afghanistan are committed to continue positive relations, including economic cooperation for reconstruction…. The United States will refrain from the threat or the use of force against the territorial integrity or political independence of Afghanistan or intervening in its domestic affairs.”

Today, if the United States wants to regain respect and esteem, it has to live up to its own commitments, especially when millions of human lives, both female and male, are at stake, which is the case in Afghanistan as a result of a food and health crisis of apocalyptic dimensions. Two out of five Afghans, many of them children, are facing starvation.

Therefore, we, the undersigned, call on President Joe Biden to act in the spirit of the 2020 Doha agreement signed by the United States, and lift all illegitimate sanctions against Afghanistan, including the use of malign pretexts to prevent Afghanistan’s control over the assets of its own central bank, as well as its normal access to the international financial markets. The urgency is now!