This transcript appears in the September 14, 2018 issue of Executive Intelligence Review. 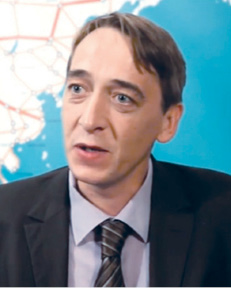 On Sept. 4, 2018, CGTN Français of China’s Global Television Network interviewed the Schiller Institute’s Sébastien Périmony in Paris on “The Future of Sino-African Relations.” This is an edited translation of the interview transcript. The four-minute French language video of the interview includes the following description: “The Beijing summit of the Forum on China-Africa Cooperation has attracted the attention of experts from all over the world. Sébastien Périmony, an expert on Africa from the Schiller Institute, said the good proceedings of the summit have a profound significance for building a community of shared destiny between China and Africa.”

CGTN: Sébastien Périmony has made Africa his subject of expertise, and according to him the Beijing summit, the Sino-African cooperation forum, reaches an unprecedented importance. It will enable the world to achieve common development.

Sébastien Périmony: I would say that in the 21st Century, the new name for peace is co-development. This Sino-African cooperation forum is part of this new reality, in this new paradigm, as we say today, this new economic paradigm. In Beijing, delegations representing 2.8 billion people, a third of the world’s population, came together to discuss Africa’s global strategic relationship with China’s President Xi Jinping. . . . In 2015, during the FOCAC Forum on China-Africa Cooperation, Xi Jinping proposed a plan of development over three years for which China invested $60 billion in the industrialization of Africa, in agricultural projects, health projects, infrastructure, and commercial services. This forum is unique in its scope: We have never seen a forum of such great importance, bringing together the largest developing country, China, and the African continent, which has the largest number of developing countries.

CGTN: President Xi Jinping, in his opening speech, spoke of China’s continued respect for Africa, the country’s love and support for the continent, and Beijing’s adherence to the principle of “five no’s.” This is an important aspect for Mr. Périmony, who also said that sincere friendship and equality of treatment have become a reality, where common development is achieved through the efforts made, and not by imposing one’s will on others. 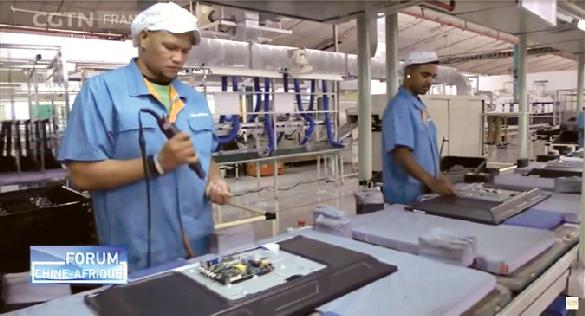 Périmony: It’s a new system, an inclusive system. We do not interfere in the affairs of others, we work on common projects to improve the living standard of citizens.

CGTN: In his speech, President Xi Jinping mentioned the six pillars on which construction is built, a community of common destiny. Mr. Périmony believes that the Beijing summit will not only open up new prospects for development, but also promote the tripartite cooperation among France, China, and Africa, and highlight their respective advantages by moving hand in hand.

Périmony: The dynamic development of infrastructure, agricultural modernization, professional training, and health care will continue to develop. It is a paradigm that is unstoppable today. Africa will develop. It’s going to be up to France to realize that this change is underway and participate in this change. I think that China and France must develop a joint project in Africa and make that a symbol of tripartite cooperation among France, Africa, and China.

CGTN: Westerners describe China’s African policy as neocolonialism, but according to Sébastien Périmony, these accusations are unjustified.

Périmony: Today, when we talk about neocolonial politics, and we look at Africa, no one in Africa is accusing China of a neocolonial policy. We can blame the former colonialists for what they have done in Africa. Moreover, look at these countries, take the example of France. There are still 14 countries that are under financial supervision, using a currency that is controlled by the French Treasury and the Eurozone called the “CFA franc.” There are still 14 countries, 200 million people, who have no access to their own credit, budget, or deficits. Being polite, you would call this “monetary servitude,” and less politely said, it is “economic colonialism.”

CGTN: Mr. Périmony looks forward to cooperation and the future in Sino-African relations. The construction of a community of common destiny between China and Africa will have a positive impact on the harmonious development of human society and common progress.

Périmony: I would say that we are witnessing a revolutionary change, a new international monetary and financial paradigm which, after 30 years of being stuck in a so-called free market economy, the world is returning to that which is essential—the development of man—education, healthcare, agriculture, and self-sufficiency. That is the new paradigm which China has initiated: It will spread throughout the world.