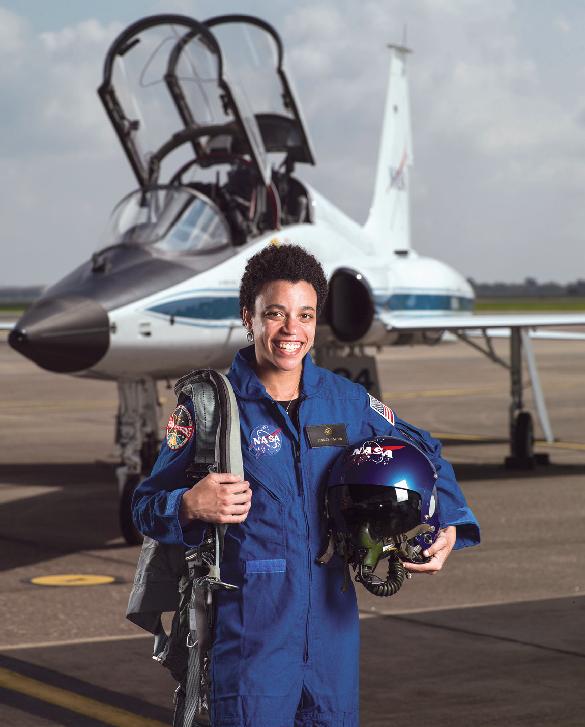 Kesha Rogers had the opportunity to interview Dr. Jessica Watkins, one of the newest astronauts selected by NASA to join the 2017 class of astronaut candidates, and whose class on January 10, 2019, became the first graduating class since the agency announced its Artemis Program. Watkins is a Colorado native. She earned her Bachelor of Science degree in Geological and Environmental Science from Stanford University, and a doctorate in Geology from the University of California, Los Angeles (UCLA). She has worked at NASA’s Ames Research Center and NASA’s Jet Propulsion Laboratory, and was a science team collaborator for NASA’s Mars Science Laboratory mission, the rover Curiosity.

EIR: First of all, congratulations! How does it feel today, being a part of the “Turtles,” the first class of astronauts to graduate in the Artemis program?

Watkins: I am one of the graduates of the class of 2017, “the Turtles,” and I’m super excited to be here today. It does mean a lot to,— to have reached the finish line, if you will, with my classmates. We’ve been on this journey together. We’ve gotten to know each other really well, and we’ve played off each other’s strengths. It was really a group effort for all of us to get here. So, it means a lot to me, doing this with them.

Watkins: There are a couple of things that I think are really important take-aways from working on the Curiosity Rover. The first, which was really striking to me while it was happening, and I understand it even more so now, is how applicable it is, the amount of work that is required, and the importance of having a really diverse, really effective team, and a large team in the case of the Curiosity Rover, as well as in human spaceflight, as we move forward looking toward the Moon.

On the Curiosity Rover, we had scientists and engineers working together every day to make decisions about where the rover was going to go and what science we were going to accomplish. That kind of interaction is really analogous to what we see, and what we’ll need moving forward to explore the Moon, that kind of interdisciplinary teamwork we experience here at NASA on a daily basis: I think it is what it’s going to take.

The second lesson that we learned, and I think we should take away from the Mars Science Laboratory, Curiosity Rover, and apply to the Moon mission, is that it’s important for us to have on the ground a rover type of capability prior to humans landing on the surface of the Moon. We have programs that have been recently funded to send rovers to the lunar surface, to provide more information, more data of higher resolution, particularly in the South Pole, where our landing sites will be, to help pave the way for humans once we start heading there in the near future. 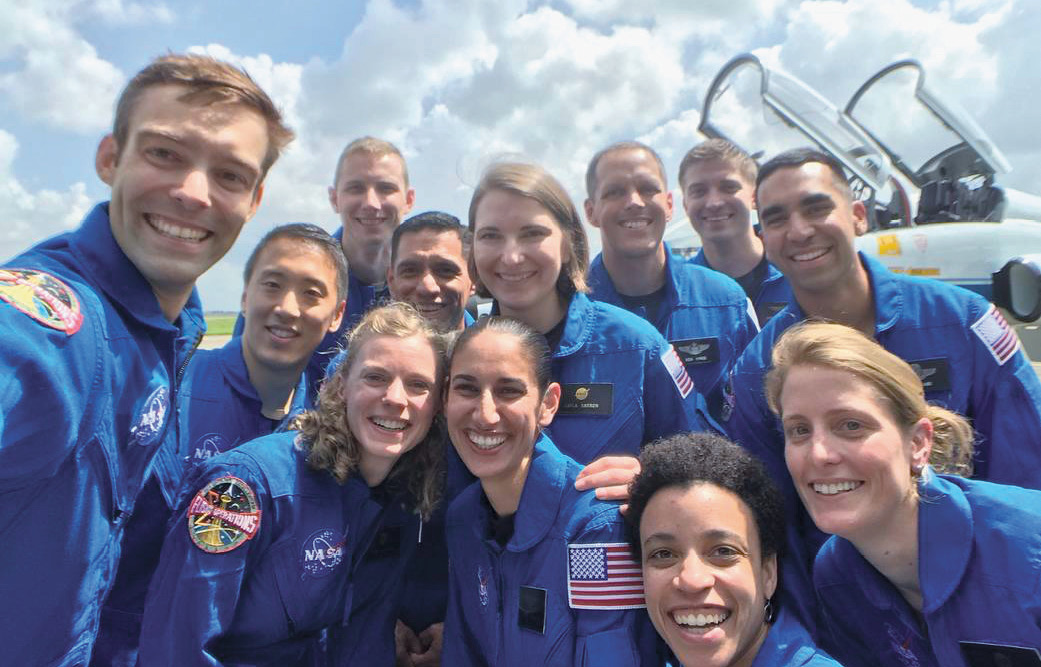 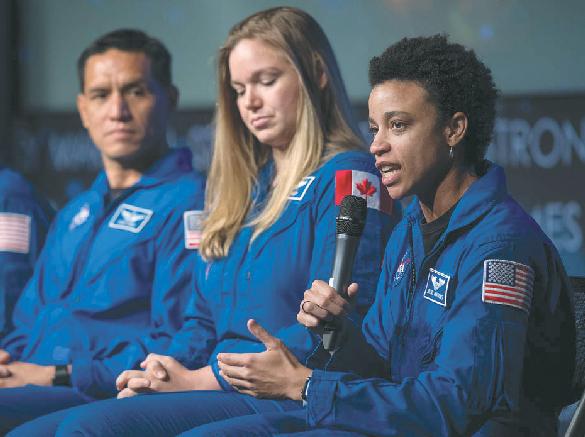 Watkins: Absolutely, I think that’s one of my favorite things about a human space flight is the way that it brings people together. It really is something that is a part of human curiosity, it’s something that is innate in all of us—this notion and desire to explore the unknown and answer questions like, “Are we alone?” And, I think being able to leverage all of our resources as people and come together and recognize that some things are just bigger than each one of us—bigger than anything we can do on our own. I think certainly in the U.S. we recognize that in order to get to the Moon and to stay, as we want to, and are planning to, we have to leverage our international partners—they just bring things to the table that will lead us forward.

EIR: NASA Administrator Bridenstine announced that NASA will be putting out the next call for candidates for astronauts in the Spring. What message do you have for anyone inspired to take up that challenge?

Watkins: It’s super exciting to think about the next class coming in, and we definitely need more people on our team. We really look forward to meeting the people that will be coming in. To anyone that is interested in applying—I would say just go for it! When I was applying in 2015—when the applications our class were opened up—I definitely didn’t think I had a shot. So you never know. I would definitely put your name in the hat. It’ll be worth it.