Back to Special Report Table of Contents

This article appears in the August 23, 2019 issue of Executive Intelligence Review.

Are We Sacrificing the Economy to the Climate Idols? 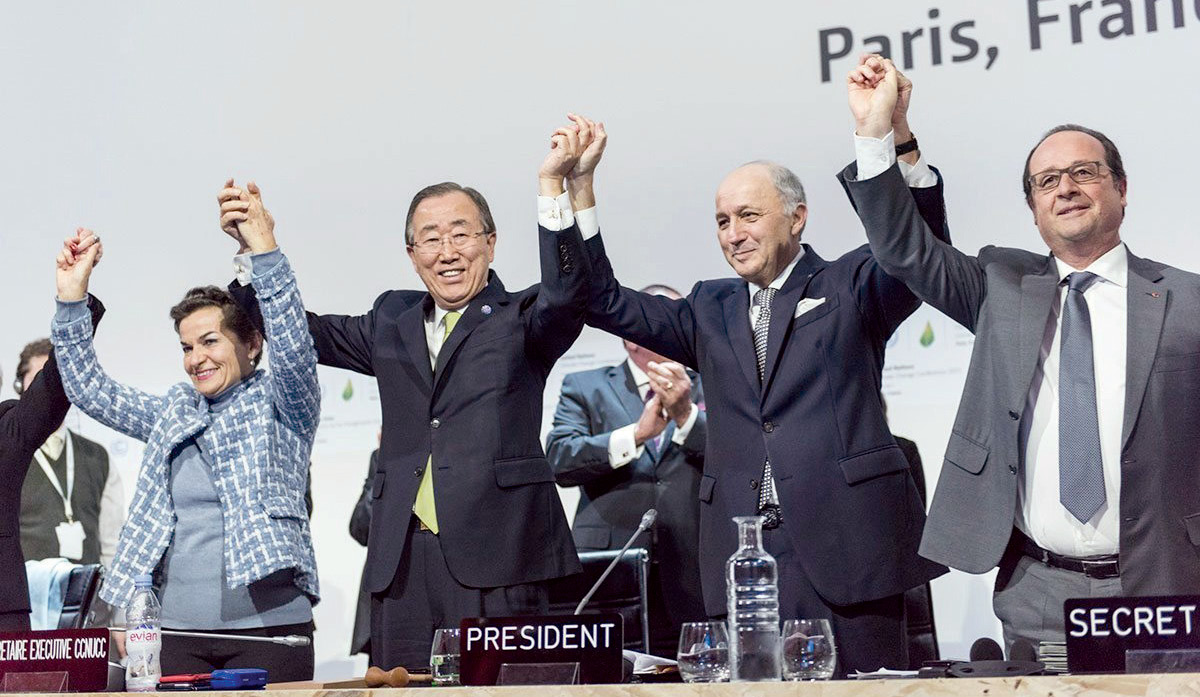 WIESBADEN, Germany, Aug. 15—In March 2018, the European Commission established a Technical Expert Group (TEG) on sustainable finance. On 18 June 2019, the TEG, under the EU Action Plan, published its Technical Report on “EU Taxonomy.” They proposed a 10-point Action Plan on “sustainable finance,” designed to channel the bulk of future investment capital into projects which will contribute to fighting “climate change.”

If the proposed classification system, EU Taxonomy, does indeed acquire the force of law, EU member states will soon be required to legally determine which investment is good and which is not in the name of the “climate idols.” Can the financial sector behind this initiative not understand that it is digging its own grave, along with the graves of industry and the population?

Earlier at the 2015 Paris Climate Summit, the wording of the Framework Agreement, Article 2 of the Annex states that, in order to achieve the general climate goals, the signers of the agreement commit to “Making finance flows consistent with a pathway towards low greenhouse gas emissions and climate-resilient development.” At the time, in 2015, this clause received little or no public attention, but it was perceived as very important in the financial sector.

In a panel discussion on “Sustainable Finance,” June 7-8, 2019, at the Frankfurt House of Finance, Dr. Christian Thimann spoke euphorically in his introductory address about the Miracle of Paris, and on the remarkable fact that all foreign ministers have signed this, even though they usually understand little or nothing about finance. A summary of the panel can be found here. He noted as well that the European Commission then worked hard for two years on the plan, and that, last but not least, 12 million young people had taken this new idea to the streets—and as a result of all of this, “sustainability” has now arrived at the financial sector.

The Clause from Hell

Dr. Thimann, Adviser to the President of the European Central Bank (2008-20013), CEO of Athora Insurance Holding, and Vice-President of the Task Force on Climate-Related Financial Disclosures (TCFD), founded by Mike Bloomberg just after the Paris Agreement in December 2015, became Chairman of the Board of the High Level Expert Group (HLEG) on Sustainable Finance, which was set up at the end of 2016.

In an “Insider’s Report,” published as a commentary at the Grantham Institute in March 2019 as part of its Sustainable Finance Leadership Series, Thimann described in great detail what sort of avalanche of events this Parisian formulation has triggered. The auspicious title of his commentary is: “How the EU Learned to Love Sustainable Finance: The Inside Story of HLEG.”

This group of some twenty experts, along with other observers and dedicated EU Commissioners, saw their mission as no less than answering the “need for a profound transformation of the financial system to support sustainable development,” with the declared goal of working step by step to write it into law. 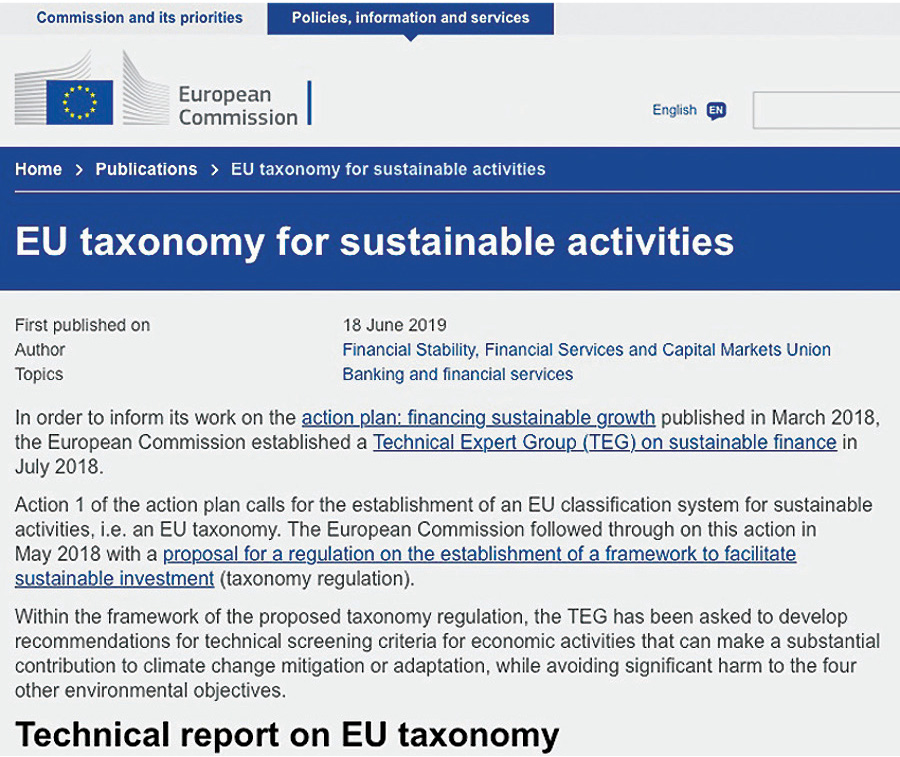 The June 2019 report of the Technical Expert Group, titled “Taxonomy Technical Report: Financing a Sustainable European Economy,” explains, over the course of more than 400 pages, how the European economy must soon be reoriented. All sectors of the economy, such as agriculture, forestry and water management, industrial production, energy, transport, communications and the construction industry, are examined to determine which activities will be judged in the future to be “climate-friendly” and which are not, or, with regard to the new Paris Agreement—What can and can not be “brought into harmony with the financial flows.”

What emerges here is a new classification system for sustainability, called “EU Taxonomy,” one which has nothing to do with the market economy or industrial policy, but is concerned only with imposing green ideology.

Obviously, in the Federal Republic of Germany, it has to be noted soberly that following the forced exit from nuclear energy and similar proscriptions for the coal sector, legal regulations from the financial sector (via EU legislation) are now on the agenda to lead the financial sector in the same misguided direction.

Much to the regret of Green Parliamentarian Sven Giegold and others in the EU, as of now, August 2019, the application of Taxonomy is still limited to the area of “sustainable financial products,” but that is about to change.

The haste with which these schemes are currently being pursued in the EU, and the apocalyptic hysteria that is spreading in parallel throughout almost all media, suggests that an entire historical period is coming to an end. The misconceived “limits to growth” that has repeatedly determined Western policy for fifty years, is based on two claims, both extremely ideological and never scientific in nature:

Claim 1: The industrial growth of rich nations depletes the resources of the world and destroys the environment and it cannot go on like this.

Claim 2: Welfare and prosperity of the industrialized world can be ensured even without the traditional growth of industry, instead relying on spectacular financial market gains, employment in the services sector, and the realization of an “information revolution.”

The New Economy burst on the scene in 2001, followed by the financial crash in 2008, and yet the big banks, investment houses, insurance companies and pension funds in particular stuck to the concept that financial market profits will continue to be a gold mine. The concepts of decarbonization, ecological footprint, and the whole “green economy” all come essentially from the financial industry think tanks, which not only have made huge profits, but also have created very influential propaganda machines with countless NGOs, even leading large sectors of blue-chip firms by the nose. One of the most successful NGOs, the Carbon Disclosure Project, boasts of 655 investors associated with this project managing more than $78 trillion in assets, and thus in possession of a majority of the world’s top-selling listed companies.

After Deutsche Bank got into trouble and became a hopeless case, the future existence of all this depends more and more on “new ways.” 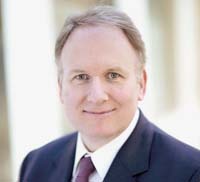 In this regard, the proposed EU Taxonomy legislation is a turning point, even for the investment sector. According to Dr. Thimann, investors and financial institutions need to be persuaded (by regulation) to leave the usual high-risk area and once again invest in a more low-risk fashion, and at the same time to think long term. In the already cited “Insider Report,” Thimann surprisingly reveals, quite extensively, why the previously typical speculation is very bad. However, the consequences of the “solution” he proposes are even worse for the economy than speculation, which is to say, deadly. Let’s first hear what he has to say about speculation.

Having experienced the blackest days of the financial crisis and all the misery of the hedge fund managers, Thimann says he realized that an entirely new approach was needed, and that’s why he happily accepted the task posed by the High-Level Expert Group. In the course of this work, he says, he came to the conclusion that speculative financial market gains have the inherent flaw of not creating any significant economic value, and that it is therefore necessary to separate the field of financial investment from the field of financial speculation. Investment seeks to attain the realization of long-term returns; speculation seeks only short-term profit:

The sphere of financial speculation seeks to draw short-term profits from trading such long-term assets. This short term can range from microseconds to days or weeks. The aim is to draw profits not from the longer-term underlying economic returns of these assets, but from their short-term price movements in the financial markets. The bulk of financial trading is based on this activity, which creates virtually no economic value, worsens financial cycles and creates spurious market liquidity. The resources consumed in this activity would be much more useful in the real economy. Personally, I believe that only when policies and regulation drastically reduce the volume of such financial speculation will we be able to achieve a sustainable financial system. If this is done—and only then—will the field of financial investment and sustainable finance flourish.

So far, so good, but then comes the catch. 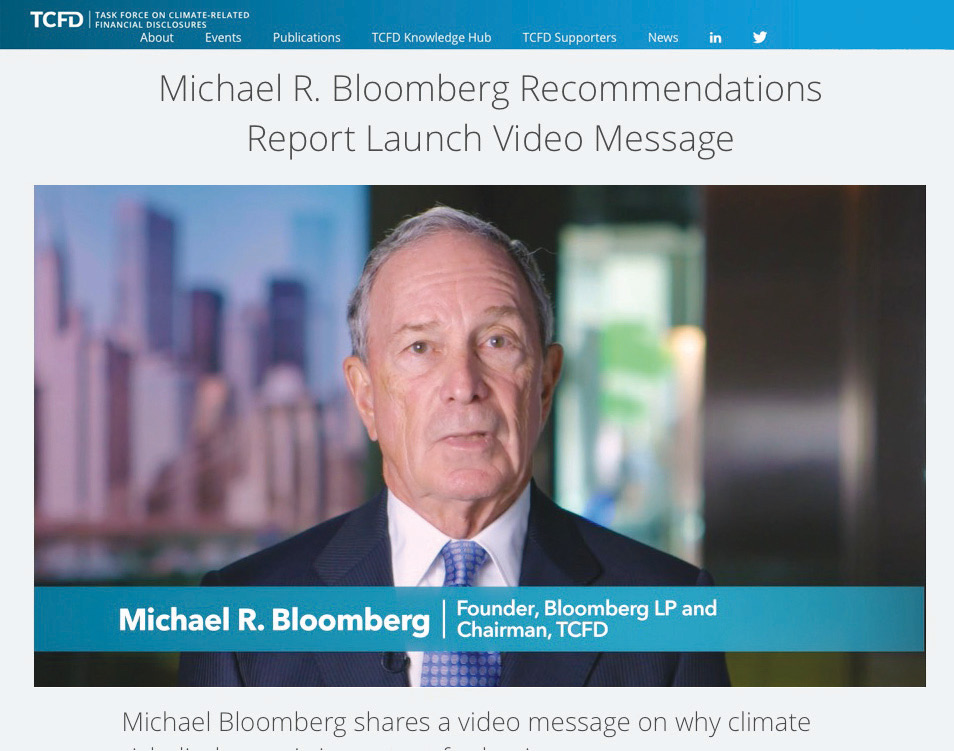 The entirety of the EU Taxonomy procedures and the Bloomberg-led Task Force on Climate-Related Financial Disclosures (TCFD), is designed to launch a “transformation of energy systems” without further delay and to mobilize the necessary trillions of investments through new regulation of both private and public funds.

For fundamental reasons of physics and economics, however, this scheme is not, as stated above, a value-adding investment in the physical economy, but just the opposite, with foreseeable catastrophic consequences. It is a huge investment in a forced regression. It is the futile attempt to force an industrialized nation into a mode of operations dependent on energy-flux densities characteristic of the Middle Ages, which will crash and burn somewhere along the way down, unless the ripcord is pulled first.

The technological development of healthy economies necessarily progresses, in principle, in the direction of higher energy-flux densities, because, reciprocally, higher forms of energy are required to support a growing population, and a growing population depends on its mastery of higher forms of energy and their introduction into the production process.

It may well be that Dr. Thimann, a corporate insurance expert, understands energy-flux density just as little as the foreign ministers mentioned above. Instead, he is more likely to be aware of the warnings on the website of Agora Verkehrswende, an environmental consultancy in Berlin, where the first sentence, under Point 1, reads: “Energy is a scarce commodity.” His lack of scientific acumen may further support his mistaken belief that the reduction of energy consumption is therefore a top civilizational priority. Nobody could have published such nonsense fifty years ago!

What is planned here cannot be expressed drastically enough:

Forcing a highly industrialized nation to rely on a low-energy-dense weather-dependent energy supply, by dictatorial means, will in the medium term lead to a destruction of national wealth not unlike the conversion from a productive economy to the production of war materiel. (That, too, is known to yield high profits for a while.) The planned closure of modern and productive nuclear, coal, and gas-powered plants, is in itself a destruction of economic wealth that is unparalleled in history.

The fantasy of the financial sector is to benefit in the short term from the trillions of euros in investments that would be necessary to manage the weather dependence and growing shortages of Germany’s energy supply, systematically induced by this transformation. The European Central Bank does not shy away from using science-fiction apostles such as Jeremy Rifkin to justify this gigantic reorganization as a “Fourth Industrial Revolution,” as happened at the European Central Bank meeting in January 2017 in Frankfurt.

No country would voluntarily embark on such a process of self-destruction. It takes a long and sustained effort before public opinion will worship the new climate idols, and even then the prescriptions offered sound like the words of children: “Industry is bad; go back to the trees, you apes!”

We are currently experiencing an internationally coordinated manipulation with no purpose other than to force through, under a fabricated time pressure, what could never happen under free discussion.

In particular, the large sector of medium-sized industries in Germany, which has so far largely escaped the laws of the listed companies, should not only concern itself with the consequences of the planned EU “Taxonomy regulation,” but should finally intervene in the discussion process to prevent a complete economic disaster. The documents for the planned transformation are diverse and accessible to all. The challenge is to understand the gigantic nonsense of the planned energy transformation and to coolly face the thundering of the climate idols.