Mrs. LaRouche responded to a question about China from a conference participant from Chile during Panel 2 of the December 12-13 Schiller Institute Conference.

Question: I had a discussion with my friends about how China successfully controlled the COVID-19 pandemic there. Some of my friends believe that China’s success is due to its authoritarianism, or because they say that people follow health regulations out of fear of the Chinese dictatorship. I tried to tell them that it is difficult to apply the concept of dictatorship to China, because it is a concept that makes sense in the West, and China has 2,500 years of continuous Confucian civilization.

I also spoke to my friends about China’s success in pulling 800 million people out of poverty. These discussions always come up when I try to talk about China. How can China’s success in controlling the pandemic and defeating poverty be adequately explained, at the same time understanding that China has a political control system centralized in a single party?

Zepp-LaRouche: There is a complete misunderstanding about parties. First of all, I don’t think parties as such are a good thing. George Washington, when he left office, warned that people should not give too much credence to the interests of the parties, because they would tend to lobby for specific interests, and not for the common good and the country. When my late husband had his 90th birthday, we had a beautiful outdoor party for him, and he made a speech where he called on people to outgrow the concept of party for very similar reasons.

I think the party system in China is not like the Western party system in which you have particular interests—either that of industry or trade unions or finance capital or the like. In China they have a meritocracy. This goes back, way, way back to the Chinese imperial system of examinations. When I was in Nanjing last year, I went to a beautiful museum about the imperial examinations. This is a long tradition in which people had to undergo an enormous battery of tests, and demonstrate moral qualifications, before entering a career in political life. For example, Xi Jinping was the Governor of three different provinces before he became a national leader. People in China have to qualify by their merits, and that is, I think, a much better system.

I find there is real democracy within their system. Given the proceedings of the present election, I would say there may be more democracy in China right now than in the United States. I know that this is a very controversial statement, but I think it’s truthful.

Mr. Muñoz, who has joined us today, made a very important point in another meeting we had a couple of months ago. He said that the first thing to recognize about China is that it has a very different culture than ours in Europe and the United States. This is not to say that we cannot communicate and have a good dialogue, but if you do not start to study the very different history, the different culture, the different poetry, painting, and especially philosophy and history, you won’t do justice to any country, and for sure not to China.

If you take that path, you learn something, and you learn something not only about China, but also about yourself. And you discover how good it is that the planet is full of different cultures, because each one contributes something to the universal richness of all of mankind.

It is almost in the genes of the Chinese people, in my view, that the common good is above the individual interest. This goes back to Confucius, and it is really one of the biggest differences. People in the West sometimes think that’s a disadvantage, but frankly, in a crisis like this pandemic, you can see that people quite naturally say, “OK, I wear a mask, because that is for the protection of my neighbor as well as protecting myself.”

It has never been an issue that this has to be dictated or imposed, because the people there recognize immediately that it makes sense. There are now scientific studies that say that the rate of infection of people wearing masks is something like 46% lower than for those who don’t wear a mask. So, that already makes the point that it is pretty stupid not to wear a mask. You put yourself at risk, and you certainly might suffer lasting effects if you’re unlucky and get infected with COVID-19.

Confucius argues that no family can have a lucky life if the state suffers. Now in Europe, in the United States, some would say, “Oh, I have my individualistic rights, and then I’ll care about the state much later.” But in a crisis like this, you can see that that system does not function as well as the other one.

So, I would say people should be a little bit curious, a little bit more humble. Be curious; try to find out—the world is so rich. If you have prejudices about everything, you lose access to what you could find out. 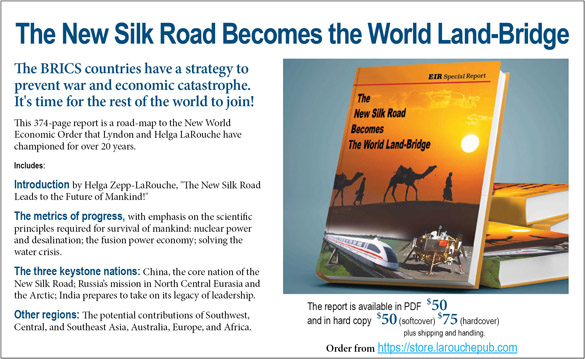