This article appears in the March 12, 2021 issue of Executive Intelligence Review.

Is This Your Future?

This statement is excerpted from Helga Zepp-LaRouche’s weekly internet dialogue with Harley Schlanger. The full video is available here March 4—We should be conscious of the incredible double standard which is being pushed by the mainstream media. If you listen to or read those news outlets, the Western countries are all about human rights and democracy, and the countries of Russia and China are all the dictatorships and authoritarian regimes. But I think if you look at the situation in Yemen and also Syria, this is hypocrisy such that it makes you sick to the stomach.

What we are now seeing in Yemen is genocide, in which about 20 million people are in various phases of starvation. This is not new. This has been coming. This has been coming for more than a year: UN authorities, the UN World Food Program has been warning about it, and nothing has happened. On March 1 there was the so-called “donor conference” which is a farcical expression given the fact that they don’t really give anything. UN General Secretary António Guterres said that what is required for the situation in Yemen—where a very large part of the population is completely food-aid dependent because the Saudis are blocking the ports and airports and food aid and medical aid cannot be brought in—is $3.8 billion immediately for food and medical programs to save the population.

UN News
A displaced family in Marib, Yemen, carries winter aid packages back to its shelter.

And what was the result? It was a ridiculous $1.7 billion which is less than last year. And if you think about the trillions of dollars and euros which are being wasted and spent to save the speculators, to save a bankrupt banking system, then $1.7 billion is less than the proverbial peanuts. Then there are reports that 400,000 children under the age of 5 are already in the process of starving to death, that their skin is like parchment, that they have hollow eyes—I mean, this is incredible! It would be so easy—and I don’t want to hear the words “democracy” and “human rights” any more from anybody, who is not mobilizing to change the fate of these Yemeni people. It would be so easy to bring in ships to the ports of Sana’a, and basically say this food will be delivered, and there is no resistance permitted by Saudi Arabia. There would be means to pressure Saudi Arabia to allow this food to go through! UN OCHA
Already 400,000 children under the age of five in Yemen are in the process of starving to death. This family could soon be among the starving.

The fact that this is not being done cries to Heaven. And I think this is a complete declaration of bankruptcy for Europe—they’re not doing anything about it—nor the whole so-called West.

Now, not very different is the situation in Syria, where reports are that one-third of the population is suffering hunger, many of them are going towards starvation if this is not changed. And that is the result of the long war waged by the United States in particular, betting on the al-Qaeda and Al Nusra for regime change against Assad. Last year everything was completely made worse by the coronavirus pandemic. So you have a country reduced to rubble and torn apart by the effects of the pandemic. So, what is now happening? Israel has been making airstrikes against Damascus for weeks! We had eyewitness reports from people in Damascus who said that they’re absolutely horrified, and the pretext is that these [strikes are against] groups which are associated with Iran. 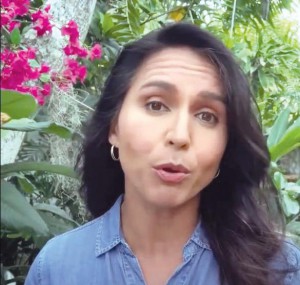 So this is now reaching a critical point, because the special envoy for Syria of President Putin, Alexander Lavrentiev, said that the patience of Russia is running out, also of Syria, naturally, but especially of Russia, and there could be some counterstrikes against these strikes on Damascus. Now, that would obviously, immediately have the potential to flare up the conflict, and one should see that in the light, also, that the Biden administration launched its first military strike last week, on the Syrian side of the Iraqi-Syrian border, also supposedly hitting some groups associated with Iran in retaliation for an attack on the U.S. and coalition forces inside Iraq, a few days earlier. Now this was completely illegal, because if that was the case, that there were these attacks, the proper way to deal with it, would have been to take it to the UN Security Council: There was no immediate danger, it was several days afterwards, and therefore it fulfills the criteria of a revenge strike. Tulsi Gabbard, who is one of the few people with guts in the United States, it seems, said it was laudable that some of her former colleagues in the Congress attacked that, but that they failed to attack the larger policy of regime change against Assad, which is still going on, where the United States, again, is working with al-Qaeda and Al Nusra to accomplish that.

I think this is really terrible, because this is the first major indication that the Biden administration is going back to the policy of “humanitarian interventions,” of regime change, and that has been also demonstrated by [Secretary of State Antony] Blinken, who had a phone discussion with the self-appointed “president” of Venezuela, Juan Guaidó, saying that he would work with him in order to return Venezuela to democracy.

Now, it is that policy of regime change, of intervention in foreign countries for the so-called purpose of democracy, but instead creating havoc, which has brought the world to the present point of total crisis. This should be condemned, and I think we need to absolutely seek a different policy, because if you continue that, it is only a question of time, before this will really explode into a big confrontation.

There are tiny signs of hope. One is the zoom conference discussion between Zhong Nanshan, the main person in charge of fighting the pandemic in China, and Dr. Anthony Fauci. And they emphasized that the coronavirus and pandemic are the enemy of all of mankind, and therefore the efforts to fight it must be put together and united. And I think this is the right spirit.

At the 5th China-U.S. Sub-National Legislatures Cooperation Forum, which was the first national-level dialogue to be resumed between China and the U.S. in two years, China’s Ambassador to the United States, Cui Tiankai, told the assembled legislators,

We need to be aware that people in the world share the same future and countries have common stakes. Only by upholding the vision of a community with a shared future, can we defeat our common enemies and build a better home. As two major countries in the world, China and the U.S. stand to gain from cooperation and lose from confrontation. We have a thousand reasons to make the relationship work and none whatsoever to let it fail.

So, one would hope that on that level there is a return to a different approach, of cooperation. We have so many problems in the world right now. Think about the unbelievable misery in many countries. If people were to change and have an agapic approach—that we are one human species—it would be so easy to get rid of famine.

Can we not shift the orientation? Stop geopolitical confrontation which is really the method which led to two world wars in the 20th century, and which will lead to annihilation in the 21st century because of thermonuclear weapons if it is not stopped. Let us take a step in a different direction and define the common aims of mankind: the defense against asteroids or comets, the idea that you can detect earthquakes through especially the exploration of space, that space research and development has so many beneficial side aspects for dealing with the problems on Earth. We have to absolutely make this jump.

And given the fact that we had, in February, three Mars missions which so far have all been extremely successful, where a high degree of international cooperation occurred in each single mission, why not take that a step further? And rather than trying to militarily divide space up, which some people are clearly thinking—and which also makes nuclear war only more likely, because of the time for delivery of nuclear weapons is shortened by such policies—why not really go and make a huge leap, go to a new paradigm in thinking? And rather than destroying each other on Earth, that we find a new paradigm of tackling the challenges which confront all of civilization?

So, I think there is hope, absolutely, but it requires a major shift in policy.