Lyndon LaRouche on Politics, the Presidency and Classical Culture

The following reading from Lyndon LaRouche, and the following transcript of a video of LaRouche speaking on Shakespeare’s Hamlet, were presented at the same LaRouche Organization meeting of September 4 as the In Memoriam for Ed Asner above, moderated by Dennis Speed.

Dennis Speed: We’re going to show you a video of LaRouche addressing the question of the Presidency from the standpoint of classical culture. But before we do that, we’re going to refer to a work he wrote in 1982 called The Toynbee Factor in British Grand Strategy. He was referring to British intelligence agent and historian Arnold Toynbee who, back in the 1950s, ’60s, and so on, was a major presence in American academic life. LaRouche wrote:

In a properly ordered republic, as the forces around Benjamin Franklin and George Washington understood this point correctly, the greatest single source of potential danger to the republic is the very sort of estrangement of the citizen from rational comprehension of national policy-issues which prevails in the United States today.... The most essential thing for a republic is to develop the citizen into an adult with the qualities of a true citizen. These qualities subsume the ability of the citizen to focus upon and to comprehend in a rational way the great issues of national policy.

The entire history of modern civilization demonstrates that such qualities of citizenship can be cultivated in a people in only one manner. That manner is a teaching of classical literary culture, classical musical culture, classical principles of plastic arts’ composition, and classical principles of scientific thinking, all situated within the frame of reference of a comprehension of national and world history as a process of universal history....

When the proper acquaintance with Shakespeare was ripped out of our schools’ curricula, what our nation lost was persons adequately developed to become future citizens of this republic. Without Shakespeare, Milton, and Shelley in our secondary schools, those schools will produce chiefly eternally adolescent functional illiterates or worse. This importance is not because of the fame of those authors as such, but because these works represent a distillation of those aspects of our English-speaking culture by means of which true citizens are produced.

We’re going to be showing you in our video, Lyndon LaRouche discussing the American Presidency, but from the standpoint of William Shakespeare, and in specific, Shakespeare’s Hamlet.

Lyndon LaRouche (video): A President is not really much. A President is only the chief executive officer of the United States, which is a very important position; but that’s not the cure-all for anything. The question is, having become the chief executive officer, what is he going to do? Is he going to be a leader of a nation, or is he going to be a guy holding on to a prize called the Presidency, as something he won in a raffle called a national election?

Because he’s like Hamlet. Hamlet could have saved the nation of Denmark, but he failed to do so. So, the story is not a story about how Hamlet failed or succeeded in becoming successful. He wanted to die—he was successful. The story is about a man who is in a position of leadership, upon whose leadership the fate of his nation depended; and he sank like a sinker, and took the nation with him, because he was a fool.

What did he say? You go to the two famous soliloquies in Shakespeare’s Hamlet, which get to the heart of the problem, which is the heart of what we’re going to be addressing in these two days here. He’s had a rehearsal of this group of travelling players, and, as the players leave, and then his two cronies leave, he stands alone, and he says,


O! What a rogue and peasant slave am I,

That this actor here,

Could make such a show of passion for nothing!

What’s Hecuba to him, or he to Hecuba?

Which I have? He would drown the stage with his tears.

And can do nothing, naught, for my cause.


A man who is incapable of acting when he has great motivation and cause to act; a man in a leading position, who can shape the future of his nation, stands, “peaking, like John-a-dreams, unpregnant of his cause.” Doing nothing, with no passion to do anything to save his nation from a catastrophe. And you say, “Now what’s this all about?”

The curtain falls on that soliloquy. Then Act III opens, and you have this prostitute, sort of like an Anne Boleyn of the drama, Ophelia. Ophelia is being used like a prostitute by the king and by her father, to attempt to manipulate and handle Hamlet in the way in which Anne Boleyn, the strumpet of the Howard family, was used to manipulate Henry VIII, an image which was very much in the mind of Shakespeare at that time. So there’ s a meeting of these guys. “I’ve invited Hamlet to come. Ophelia, you’re going to be reading a book, walking along the path, intercepting him.”

Now Hamlet is aware of this. His insults to Ophelia, comparing her to a strumpet afterward, reflect that understanding. So he’s not crazy in calling Ophelia a strumpet and telling her to get to a nunnery and save her soul. But what does he say about himself?

“To be” in what? There are two states. One, is the state of knowing the tradition which is going to guide you in your action. The other, is a new way of thinking, or a different way of thinking, which violates your tradition, by which you might survive. You are certain that if you follow tradition, you are doomed: “To be or not to be.” What’s the issue?

The issue is, this is like death. Death is an experience from which no one has returned; and to change my ideas, to change my axioms of belief, is, to me, like death. It’s uncertainty. It’s the unexplored, the unexpected. I would rather bear the ills I have and die, than go into this strange area of new things, contrary to tradition, and live. 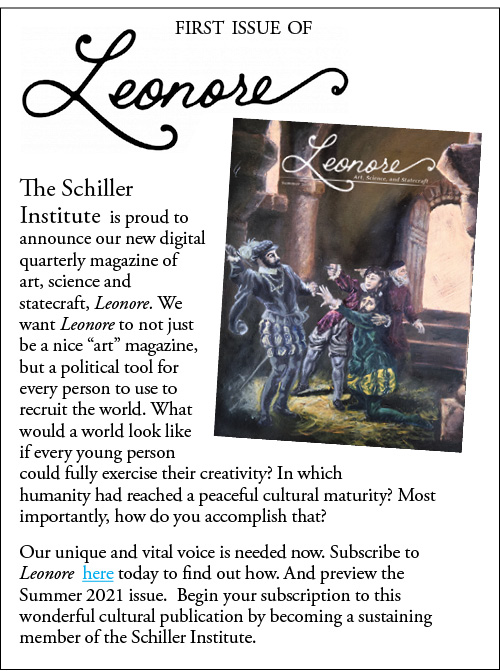