This Editorial appears in the May 1, 2015 issue of Executive Intelligence Review.

[PDF version of this editorial]

April 22—Notable today and recently, are the drownings off the Mediterranean coasts, on a massive scale.

But we also have, to complement that, from California in particular, a threat of massive depopulation.

What this indicates is that we have a global trend, especially in certain parts of the world,—to reduce the population drastically. And this includes not only the carnage which Obama actually created by his reign of terror in North Africa, but it has also been flooding the waters of the Mediterranean with mass drownings of people desperately fleeing everywhere,—anywhere,—to escape the reach of the protégés of Obama.

And you see that the same thing is happening in California,—but we know it's not limited to there. We know there's a trend, throughout the United States in particular, and as in this Mediterranean region, where mass extermination of the human population is under way. And what we're seeing in the mass drownings and similar things in the Mediterranean coming from Africa, and what we're seeing as threatened in California, are the same thing.

This scheme has the support of, particularly, the current President of the United States, Obama. This genocide policy, which is reflected by the policymaking of Obama among others, is what faces mankind now.

The crisis in the Mediterranean Sea, comes largely from the area that was destroyed when first Bush, and then Obama far more, changed its regimes, or tried to. Obama was the one who created the chaos which we now see reflected in the flight into being drowned, among thousands of people in especially the central part of the Mediterranean Sea. 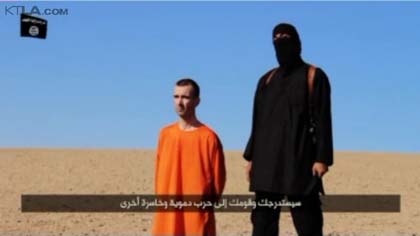 The Truth of the Matter

What can you say about all the suckers who don't know any better, who still think that Obama's a real person?—They should ask what his mama did for a living. That might help them understand things better. Like his predecessor the Roman Emperor Nero, Obama chose the wrong mother.

But, regardless,—this is the issue. We cannot accept the opinion of people who support Obama! Because the evidence is in plain view for anybody with intelligence,—or active intelligence,—to see that Obama is a disease! He's not a President; he's a disease disguised as a President. And only when you talk that way, do you get to the truth of the matter.