This transcript appears in the September 21, 2018 issue of Executive Intelligence Review.

Only a Four Power Agreement Can Prevent War, Assure Development

The Belt and Road:World Cooperation for the Benefit of All 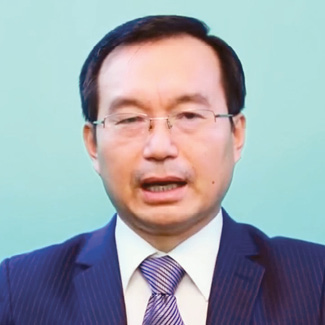 Dr. Xu Wenhong is Senior Research Fellow, Center for One Belt One Road, Chinese Academy of Social Sciences, in Beijing, China. This is an edited transcript of his remarks to the New York Schiller Institute Conference, September 13, 2018. EIR has provided the title. Dr. Xu spoke via pre-recorded video.

I am very honored to speak to you today about China’s One Belt, One Road Initiative. Many thanks to the organizers for this kind invitation.

As we all know, for the past four decades, the world has been watching China’s unprecedented economic growth. Now, we know that the secret of China’s rapid rise: The panacea consists of a peaceful and stable environment, investment in infrastructure construction, close regional and global cooperation, integration of worldwide resources, creating collaboration, better access to education and closer people-to-people exchanges. That’s why the rest of the world was counting on China during the international financial crisis starting from 2008. China has become the second largest economy on the planet since 2010. Expectations for its performance on the world stage have been ever increasing.

China boasts a different philosophy and cultural tradition from most other countries and regions in the world. The Chinese people believe that when you are impoverished, you should first discipline yourself; and when you get wealthy, you should bring benefits to others.

For the past four decades, China has lifted millions of its people out of poverty, which is indeed a marvelous success. Now, the world is seeing how the Belt and Road Initiative is helping millions in other countries shake off poverty.

Five years ago, the grand conception was first envisioned by Chinese President Xi Jinping, in an aim to revive the ancient Silk Road trading route, by inviting developing countries to share social-economic progress. Now, five years later, the majority of the countries involved in the Belt and Road Initiative have scored major progress through closer cooperation with China.

Cambodian women have found jobs in newly founded factories in Sihanoukville. An increasing number of entrepreneurs have moved into Great Stone [Industrial Park], the biggest joint project of Belarus and China, in Minsk. In Kenya, passengers can go from Mombasa to Nairobi in only 4.5 hours on Express Rail. More Greeks, struggling to make a living after the European debt crisis, have found new jobs in Piraeus Port.

Over the past five years, China has been upholding a fundamental belief that all cooperation projects should be built on the principles of transparency, inclusiveness, and sustainability. In the implementation of the Belt and Road Initiative, China has no intention to change the existing international system. Instead, it aims to cooperate with more nations within this framework to contribute to regional and global development. In this process, China has become a staunch supporter of globalization. China is playing an increasingly important role in anti-protectionism, especially against the backdrop of U.S. President Donald Trump’s frenzy for trade skepticism. Now that unilateralism and populism are gaining traction, the Belt and Road Initiative inevitably has become a target of criticism from those with evil intentions and vested interests.

Through close cooperation along the Belt and Road, developing countries in Africa, Central Asia, and Southeast Asia have embraced more convenient transportation, better health care, and more access to education. For all the people who have a deep belief that all men are created equal, they have a chance of development along the modern Silk Road.

I sincerely wish you a successful forum. Thank you.