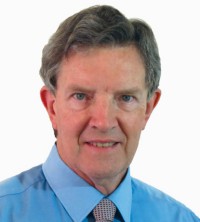 Dr. Kemm is a nuclear physicist and CEO of Nuclear Africa (Pty) Ltd, a project management company based in Pretoria, South Africa. He does consultancy work in strategic development.

Nov. 1—This month marks the tenth anniversary of “Climategate”—the release of thousands of emails to and from climate scientists who had been (and still are) collaborating and colluding to create a manmade climate crisis, which exists in their minds and computer models but not in the real world. The Climategate scandal should have ended climate catastrophism. Instead, it was studiously buried by politicians, scientists, activists, and crony capitalists, who will rake in trillions of dollars from the exaggerations and fakery, while exempting themselves from the damage they are inflicting on everyday families.

Few people know the Inconvenient Facts about the supposed manmade climate and extreme weather “crisis.” For example, since 1998, average global temperatures have risen by a mere few hundredths of a degree. (For a time, they even declined slightly.) Yet all we hear is baseless rhetoric about manmade carbon dioxide causing global warming and climate changes, all posing an existential threat to humanity, wildlife, and the Earth. Based on this, we are told we must stop using fossil fuels to power economic growth and better living standards. This is bad news for Africa and the world.

We keep hearing that rising atmospheric carbon dioxide levels cause rising global temperatures. But satellite data show no such thing. In fact, computer model predictions for 2019 are almost a half degree Celsius (0.9 degrees F) above actual satellite measurements. Even worse, any time a scientist raises questions about the alleged crisis, he or she is denounced as a “climate change denier.”

A major source of data supporting the human CO2-induced warming proposition came from the Climate Research Unit (CRU) of the University of East Anglia in the United Kingdom.

Then on the morning of November 17, 2009, a Pandora’s box of embarrassing CRU information exploded onto the world scene. A computer hacker penetrated the university’s computer system and took 61 Megs (MB) of material, which showed that the UK-based CRU had been manipulating scientific information to make global warming appear to be the fault of mankind and industrial CO2. Among many other scandals, the shocking, leaked emails exposed the then CRU Director, Prof. Phil Jones, boasting of using statistical “tricks” to remove evidence of observed declines in global temperatures.

In another email, he advocated deleting data, rather than providing it to scientists who did not share his view and who might criticize his analyses. Non-alarmist scientists had to invoke British freedom of information laws to get the information. Jones was later suspended, and former British Chancellor Lord Lawson called for a government enquiry into the embarrassing exposé.

The affair became known as “Climategate,” and a group of American University students even posted a YouTube song, “Hide the Decline,” mocking the CRU and climate modeler Dr. Michael Mann, whose use of the phrase “hide the decline” in temperatures had been found in the hacked emails. 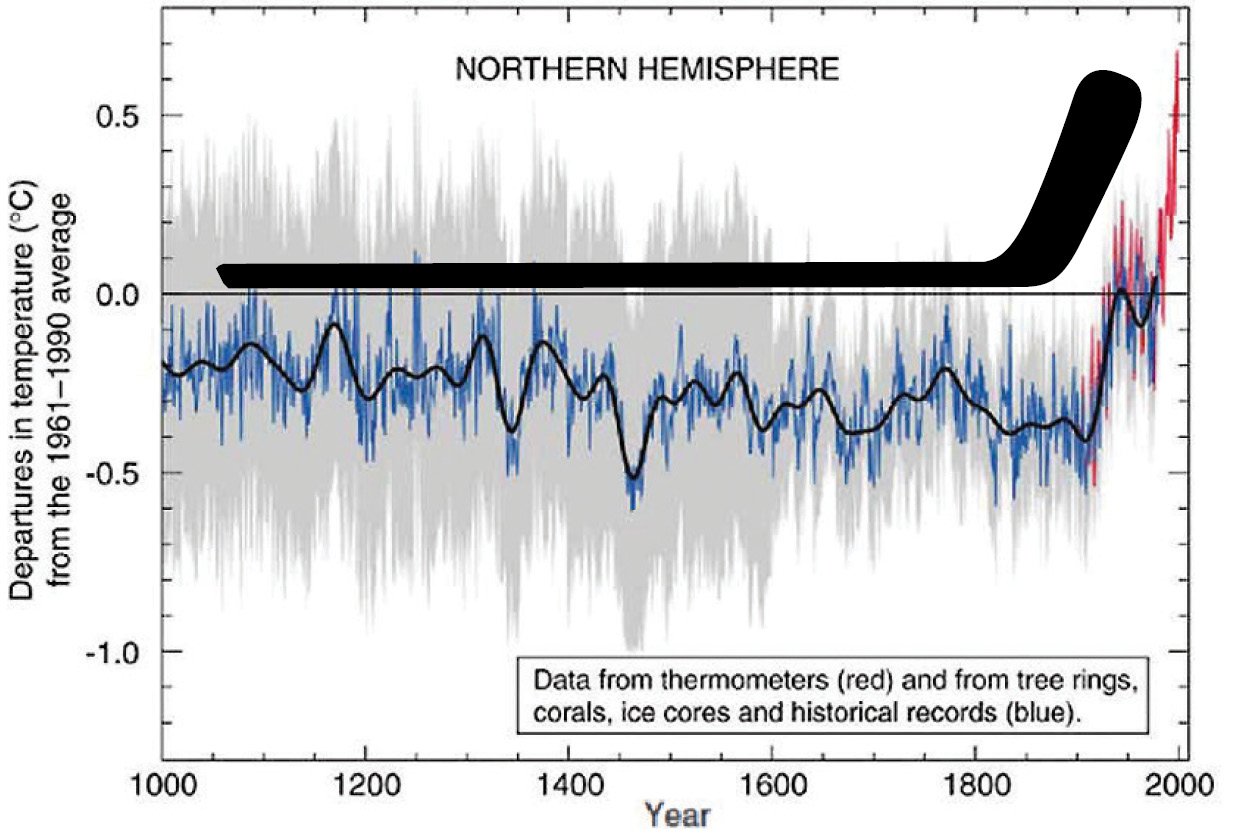 So, what is the truth? If one considers the composition of the atmosphere and equates it to the height of the Eiffel Tower in Paris, the extra plant-fertilizing CO2 added to the atmosphere since California became the 31st state of the United States in 1850, is less than the thickness of tiles under the Tower.

Can this tiny increase really explain any observed global warming since the Little Ice Age ended, and the modern industrial era began? Since California became a state, the measured global rise in atmospheric temperature has been less than 1 degree Centigrade. But most of this increase occurred prior to 1940, and average planetary temperatures fell from around 1943 until about 1978, leading to a global cooling scare. Temperatures rose slightly until 1998, then mostly remained stable, even as carbon dioxide levels continued to rise. Rising CO2 levels and temperature variations do not correlate very well at all.

Moreover, during the well-documented Medieval Warm Period (MWP) from about 950 to 1350 A.D., warmer global temperatures allowed Viking farmers to raise crops and tend cattle in Greenland. The equally well documented 500-year Little Ice Age (LIA) starved and froze the Vikings out of Greenland, before reaching its coldest point, the Maunder Minimum, 1645-1715. That’s when England’s River Thames regularly froze over, Norwegian farmers demanded compensation for lands buried by advancing glaciers, and priests performed exorcism rituals to keep alpine glaciers away from villages. Paintings from the era show crowds of people ice skating and driving horse-drawn carriages on the Thames.

Industry and automobile emissions obviously played no role in either the MWP or the LIA.

These dramatic events should ring warning bells for any competent, honest scientist. If the Medieval Warm Period occurred without industrial CO2 driving it, why should industrial CO2 be causing any observed warming today? Europe’s great plague wiped out nearly a quarter of its population during the Little Ice Age. The warm period brought prosperity and record crops, while cold years brought misery, famine and death. 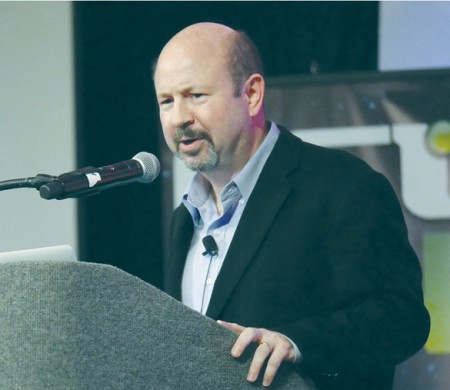 Ten years before Climategate, Dr. Mann released a computer-generated graph purporting to show global temperatures over the previous 1,500 years. His graph mysteriously made the Medieval Warm Period, Little Ice Age, and Maunder extreme cold years disappear—and showed planetary temperatures spiking suddenly the in the last couple of decades of the twentieth century. The graph, which had the shape of a hockey stick, was published worldwide and became a centerpiece for the Intergovernmental Panel on Climate Change (IPCC).

Many scientists were highly suspicious of the hockey stick claims. Two of them, Steven McIntyre and Ross McKitrick, completely discredited Mann’s computer program and revisionist history. Of course, that did not stop former U.S. Vice President Al Gore from using the discredited graph in his doom-and-gloom climate change movie, An Inconvenient Truth.

The hacked CRU emails also showed exchanges between Mann and Jones, in which they discussed how to intimidate editors who wanted to publish scientific views contrary to theirs, so as to suppress any contradictory studies. In one email, Jones expressed his desire to get rid of the “troublesome editor” of the Climate Research journal for daring to publish differing views. The editor got sacked.

When University of Colorado climate skeptic Professor Roger Pielke, Jr. asked the CRU for its original temperature readings, he was told the data had been (conveniently) lost. Lost!?! Do professionals lose something as valuable as original data? Many suspected that they just didn’t want anyone to expose their clever manipulations and fabrications. 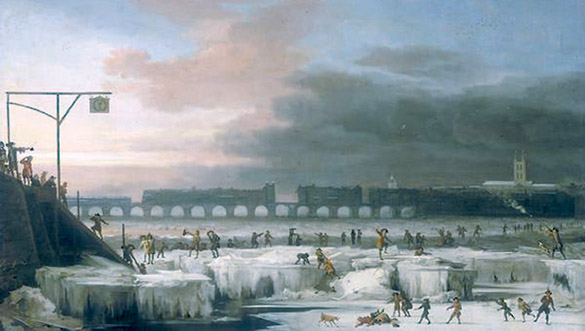 The Frozen Thames, a painting by Abraham Hondius, 1677.

But if industrial carbon dioxide did not cause recent global warming, what did? A Danish research group, led by Prof. Henrik Svensmark, has found a very credible match between levels of sunspot activity (giant magnetic storms) on our Sun and global temperatures over the last fifteen hundred years. This all-natural mechanism actually fits the evidence! How terribly inconvenient for alarmists.

Cosmic rays from deep space constantly impinge on the Earth’s upper atmosphere and produce clouds, much like high-flying jets leave white contrails behind their engines. More clouds can trap heat, but they also cause global cooling because not as much sunlight strikes the Earth. More sunspots mean a stronger magnetic shield, therefore fewer cosmic rays reaching Earth, thus less cloud cover and more global warming. The Sun is currently in a near-record period of low sunspot activity.

All sorts of interest groups are suppressing this information. Maybe worse, when Climategate broke, “climate justice” campaigner for Friends of the Earth Emma Brindal said bluntly: “A climate change response must have at its heart a redistribution of wealth and resources.” Not protecting Earth from manmade CO2 emissions or natural and manmade climate change—but redistributing wealth and resources, according to formulas that self-appointed ruling elites claim are “socially just.”

Climate campaigners also oppose “excessive” air travel for business or pleasure, 4x4 vehicles as “unnecessary luxuries,” and modern homes for Africans. Some even say Africans must continue living in mud huts and avoid the use of electricity and modern farming technologies. Minor U.S. actor Ed Begley has said, “Africans should have solar power where they need it most: on their huts.” They, Al Gore, Phil Jones, and Mike Mann are exempted from these restrictions, of course. 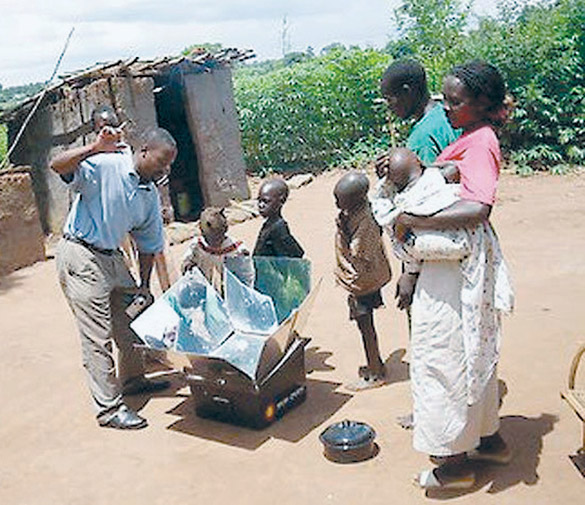 We in the developing world will no longer let climate truth be suppressed. We will not allow loud, radical activists to put the brakes on African economic development, jobs, and improved health and living standards, in the name of advancing their anti-human, wealth redistribution agendas.