The Job of Youth

Note: We present here the edited transcripts of the third of three panels of the one-day Schiller Institute conference. The first two panels were presented in EIR Vol. 47, Nos. 27 & 28, June 26 and July 3, 2020. The videos of the conference are available here. 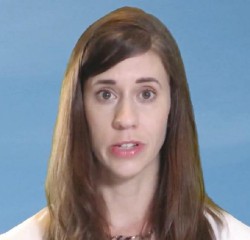 We are going to begin with a musical offering to set the tone for our discussion. You will hear My-Hoa Steger, who is a member and organizer of the Schiller Institute in San Francisco, California, performing Johann Sebastian Bach’s Prelude and Fugue in C-minor, from the Well-Tempered Clavier.

If we look back through history at moments of great revolutionary change, we see that most of them have been brought about either in part, or, on the whole, by youth movements: The Italian Renaissance, the American Revolution, the Apollo Moon-landing. This is not by chance; there's a principle involved, a principle that Lyndon LaRouche recognized going back to the very beginning of his own political activity in the 1960s and in the decades since. Young people do not just represent the future, they create it. They are not necessarily trapped by the old, failed axioms of the previous generations. To quote Percy Bysshe Shelley, “Young people resonate with the gigantic shadows which futurity casts upon the present.”

Today is no different, and today’s huge crisis requires the leadership of youth—but youth who are qualifying themselves to lead this new paradigm of civilization.

So, let me introduce our speakers on the panel tonight, and give you a sense of how this is going to work. We’ll hear first from the leader of the LaRouche Youth Movement, Helga Zepp-LaRouche, followed by Daniel Burke, who is a leading organizer with the Schiller Institute, and is also currently a candidate for U.S. Senate in the state of New Jersey.

We’ll then hear from a number of different people, including some of the people who are leading the effort to reach out to and educate young people in various parts of the world: Carolina Domínguez Cisneros in Mexico and Chérine Sultan in France, and you’ll also hear from some of the young people who have been participating in an ongoing series of dialogues with Helga Zepp-LaRouche, and in making organizing interventions in their own nations on behalf of the policies for a new paradigm. You’ll hear from José Vega in the United States; Sebastián Debernardi in Peru; Andrés Carpintero in Colombia; Daniel Dufreine Arévalo in Mexico. You’ll hear from Franklin Mireri from YouLead, in Tanzania; Areej Atef in Yemen; Sarah Fahim from Morocco, studying in Paris; and Lissie Brobjerg in the United States.

We’ll then go to a dialogue, where you’ll hear more young voices who are part of this growing chorus.