China and the West: Two Worlds 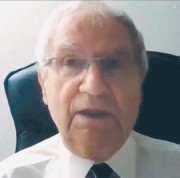 This is the edited transcript of the opening presentation by Marcelo Muñoz to the October 19 conference, “China and the West Face to Face: Rivalry or Cooperation,” co-sponsored by the Schiller Institute and Spain’s Cátedra China think tank. Mr. Muñoz is President Emeritus of Cátedra China, and dean of Spanish businessmen in China. Subheads have been added.

Dear friends who are following us today from more than 15 countries, pay close attention: I will make sure to deliver my remarks slowly because I am going to present a lot of information, much of it unknown to many—and perhaps surprising, perhaps incredible. I can tell you in advance that these are all historically documented facts based on serious studies which I will cite in the written version of this presentation.

And so I begin to spell them out:

When I arrived in China for the first time in 1978, China was a communist country—and it began to stop being so, as of that date—and it was a poor country—the 120th power in the world in terms of GDP. These two circumstances were surprising to any Westerner coming from the developed world. Well, no: what most surprised me was that I began to discover that China was “another world.” And I have continued discovering, confirming and studying it over these last 42 years. Leibniz put it in different words: “China is another planet.”

The West and China are two very different worlds. The Chinese have fully internalized this and many of their intellectuals and politicians have studied it fully. We Westerners do not know it, we don’t accept it, or at least we haven’t internalized it, and few of our intellectuals and politicians are aware of it: in general, we think, in fact we are convinced, that our world is the only one and is unique, and that whatever doesn’t fit in this, “our” world, is not valid, or it isn’t acceptable, or it isn’t right. 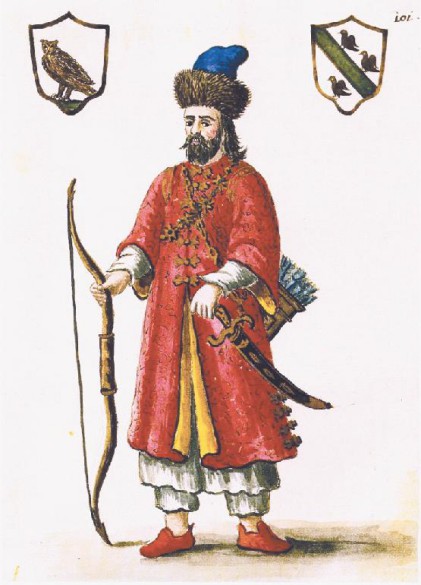 Marco Polo is depicted in Tartar costume in this print from the 18th century.

For the West and China to understand each other, to dialogue, to collaborate, to trade, even to disagree, it is indispensable that we come down off our pedestal and that we begin by knowing, and recognizing, that China is another world or “another planet.”

Starting with history: China has a “historical” past going back 5,000 years, based on an Empire which began 2,300 years ago, on almost the same territory as today, with slight variations of its borders, with the same written language, with a homogeneous population over centuries, enriched by diverse contributions of 56 ethnic groups. And that China has been, over 2,500 years, between 20% and 25% of the entire world’s population. And it has represented, from year 1 until 1840, more than 20%, and up to 30% of world GDP.

China is the only Empire, the only country that, other than short periods of convulsions or dynastic changes, continued to develop and evolved on approximately the same territory and with the same ethnic groups over centuries.

This is one of its unique characteristics which make it another world. The rest of us were born yesterday or the day before yesterday. 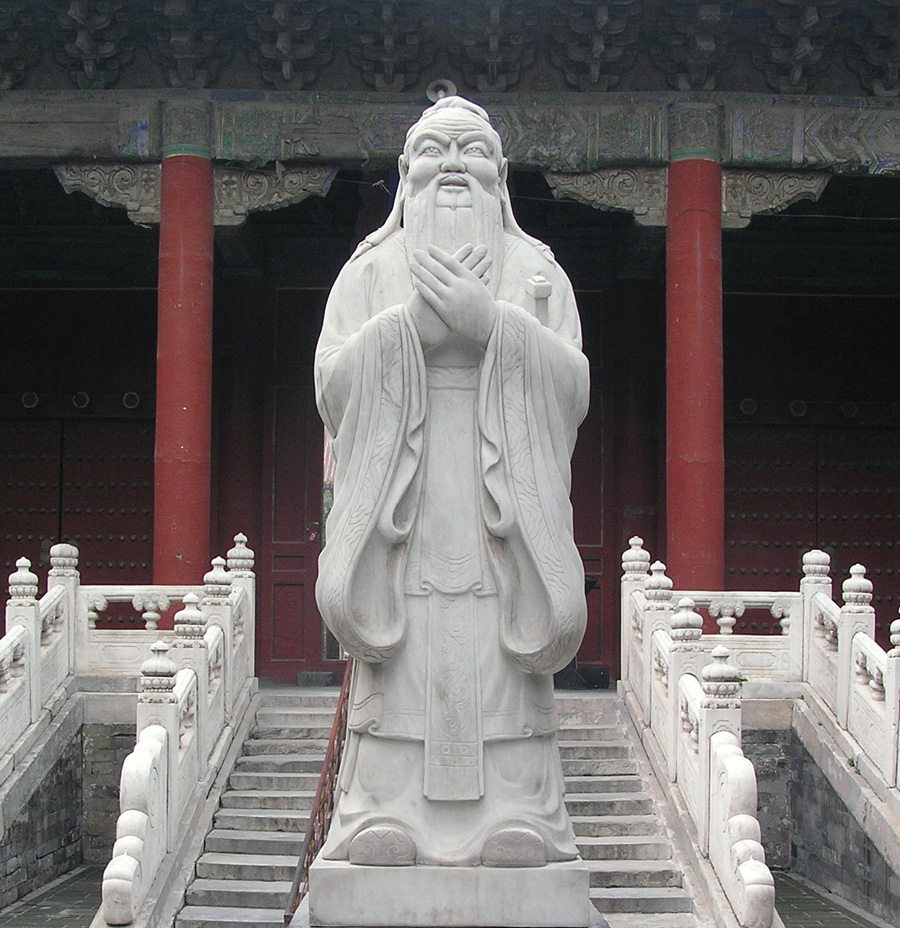 Statue of Confucius at the Confucius Temple in Beijing, China.

And that Empire, that country, has been built, especially over the last 2,300 years—that is, since the establishment of the Empire with the Han Dynasty until today—on philosophical, ethical and political bases which are very different from those of the West: on Confucian philosophy, in which all public servants were required to study and were only admitted to their political positions after very demanding exams. In the Temple of Confucius in Beijing, you can read, engraved in stone, the names of those who won those examinations for the highest positions of the imperial government up until 1911. The Chinese Empire, unlike Western empires, is not based on the nobility in order to govern, but rather on the Mandarins, their best-trained subjects.

Confucius developed his ideas more than a century before Aristotle or Plato, and those ideas adapted, evolved and were enriched over the centuries by many thinkers who make up Confucian philosophy. Confucianism is the hard drive of Chinese civilization: a world of ideas and values which is very different from Western thinking. For example, in Confucian thought the collectivity prevails over the individual, the good of society is above the individual good. The “Chinese dream” is not the triumph of the individual, nor personal, individual success; but rather it is the success of the collectivity, of society, of the prosperity of all, and only in that collective context is personal success applauded.

In the 1st Century, the Roman Empire in its splendor represented 8% of world GDP; the Chinese Empire was 21%.

In 1421, the inauguration of Beijing as the new capital of the Empire was attended over a period of two years by visitors from more than 300 countries or territories, none of them Western. Beijing was inaugurated as the capital with one-and-a-half million inhabitants, when Rome had 50,000, London 10,000, and New York didn’t even exist.

Two worlds, at a great distance from each other, and very much with their backs turned to each other.

The Rome of Augustus hears about the country of the Seres, or of silk. And Emperor Tiberius 20 years later tries to stop its importation, because “the coffers of his Empire were being emptied.”

The Silk Road, with its more than 15,000 kilometers of land routes, was the world’s most important trade route for 15 centuries. That route and the tales of Marco Polo opened the West’s eyes about an unknown Great Empire.

And in the 16th to 18th centuries, the West spent half of the silver it had looted from the Americas on Chinese products. Still today, there are tons of Spanish silver coins from that time in the People’s Bank of China.

Two worlds that barely know each other and that ignore each other. With some exceptions: 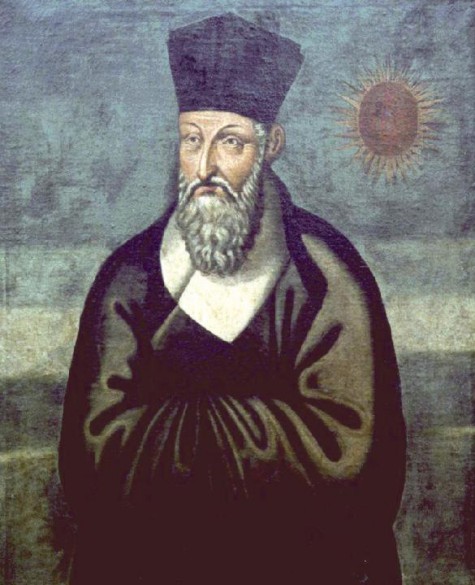 A 1610 Chinese portrait of Matteo Ricci, the founder of one of the Jesuit missions to China.

One, Matteo Ricci’s Jesuits who, between the 16th and 18th centuries settled in China, and gained great prestige as intellectuals and scientists, and were even respected and admired by various Emperors. They established a long dialogue with Confucian scholars and with Chinese civilization. That dialogue was truncated by the lack of understanding of Ricci’s superiors and Pope Benedict XIV, who condemned the dialogue as heretical. 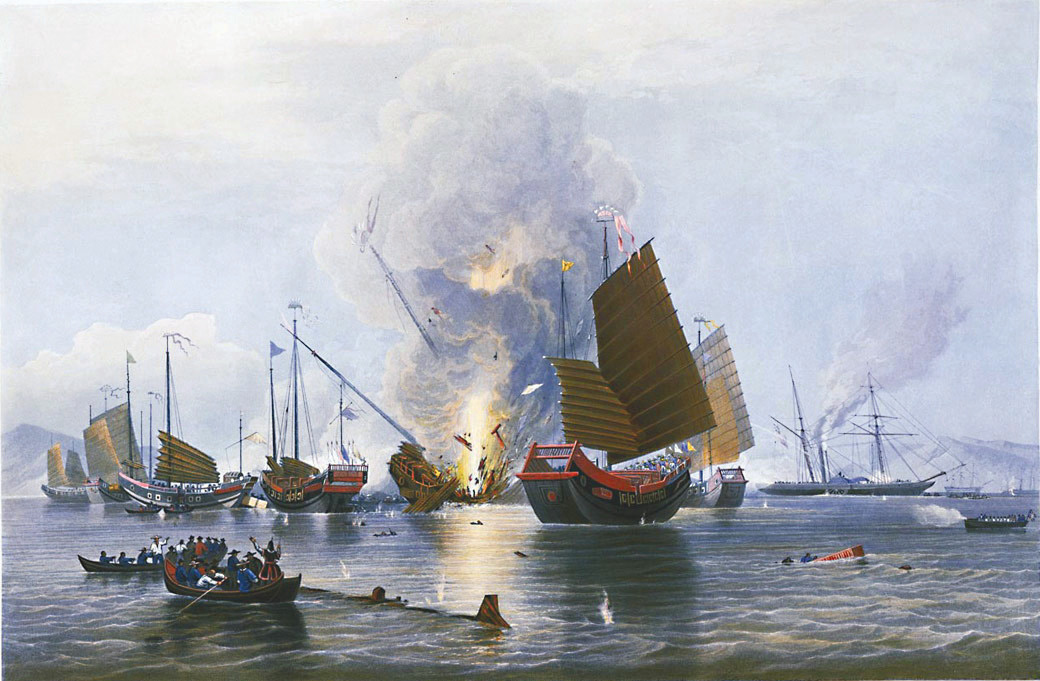 Another exception: the Great Britain of George III, which found itself with a sizeable trade deficit with China and, in 1840, launched two Opium Wars along with its allies, to forcibly impose the “free trade” of drug trafficking. And so the West invaded, occupied and colonized the richest third of Chinese territory for a century, which the Chinese refer to as “the century of humiliation.” The West thereby became the aggressive enemy of China.

Moving from this brief historical overview, from which many details are clearly missing, let us turn to the current situation.

The China which has emerged today, transformed into the second world power, returns to the international sphere with new force, and it has returned to stay. And the West is surprised and annoyed: They didn’t expect it, nor do they accept it. We were so immersed in “our” world, that we kept largely ignoring that other world that is China, which leapt from poverty to accelerated development.

We didn’t even take into account that in September 1945 China had been one of the victorious powers in the Second World War against Nazism and Japanese militarist supremacism. And when that war ended, we organized the world our way, without even including China in the international institutions, except for the UN. And we are surprised and irritated that China now intends to have the position it is due in the international community, given its economic, technological, and political weight. And conflicts arise:

For some in the West, the solution is trade warfare, technological warfare, a war of discrediting, disparagement, and slander. A few even believe that the solution has to be a military confrontation: a return to the “opium wars” on behalf of our “free trade.” With the difference that China today is very well prepared.

For others in the West, of which I am one and a very convinced one, the solution is, first, knowledge and mutual respect, respect for the sovereignty of countries and their idiosyncrasies. Second, dialogue, discussion, negotiation to resolve our differences which clearly, as we have been stating, are many and very deep.

Is this utopian? Well I’m signing up for that utopia, which I believe can become reality, because two cannot fight if one of them does not want to. And China, as we have just heard from the authoritative voice of Mr. Yao Fei [see separate article in this issue], promotes dialogue and negotiation. China has demonstrated this over its historical trajectory, based on its Confucian political thinking, as we have noted.

Many of us political analysts have been calling for and defending the need for a new global order to gradually replace the world order which we Westerners established after World War II. We are not alone in the world, we have no right to impose ourselves on others, nor to impose our rules of the game. There are already new actors on the stage of international relations, and others will appear shortly; and we have to make way for them, even though we be strong enough to stop it or slow it down.

And the first of those new actors, given its importance, is China, that “other world” we need to know and understand, and with which we are obligated to dialogue and negotiate. 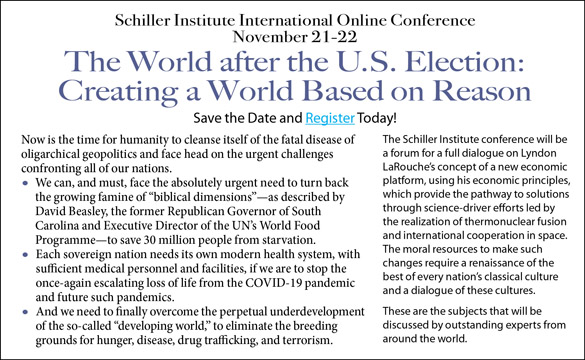