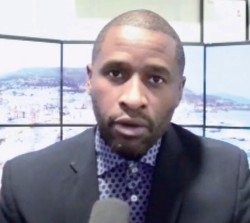 We have to get back to policing our republic. And if I would just say it best as a voter, what I value most is the post-mortem. When a candidate loses, they have to reassess, they have to figure out what happened, what they didn’t do right, who they didn’t reach, and they retool and they come back and they offer a better solution to, which would be me, the voter, at the end.

But if we can’t pursue authenticable results, then we don’t know if someone actually won or lost, and there can be no post-mortem, and the process can’t get any better; we can’t get any better solutions. They say, if banks compete, you win, but if we don’t know who our competitors are, and they don’t know if they lost or not, then they can never retool. And that’s going to end up being something very destabilizing in the region, and it’s a destructive process when we don’t allow those people to know that they have pursued—you know, you can respect somebody you lost to. But the thing we see now, is it’s a large unknown, and that’s problematic, that’s destructive to the republic.

I’m not trying to get a Republican seated or unseated: I’m trying to preserve the republic. And I think that’s what we should get back to. I think that’s something that’s barely germane in a lot of these topics; there’s a lot of partisan posturing, but this should be the most nonpartisan piece of the electoral process.