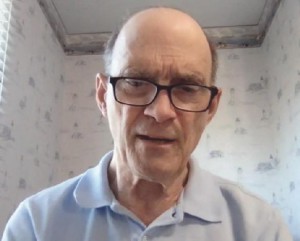 I think we’re at the most serious crisis point in our country since our Civil War. We’ve never faced such a level of corruption and subversion of our processes as a republic! If we don’t address this and hold people accountable who have been involved in this, and actually do something about it—I looked to Barr and Durham to do it, and they seem to be failing it!—this is only going to get worse and we’re going to lose our republic, totally! I mean, we’re sliding down that path to totalitarianism. I saw this starting in 2001, and it’s only gotten worse since then. So, America, we’ve got to stand up and oppose it! Period.