The following is an edited transcript of the presentation by José Vega to Panel 4, “A Human Future for Youth: A Beethoven-Driven Renaissance of Classical Culture,” of the Schiller Institute’s December 12-13 conference, “The World After the U.S. Election: Creating a World Based on Reason.” 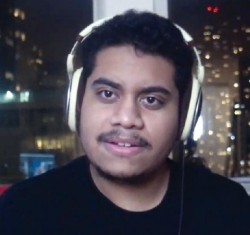 Two households, both alike in dignity,

In fair Verona, where we lay our scene,

From forth the fatal loins of these two foes

A pair of star-cross’d lovers take their life;

Do with their death bury their parents’ strife.

The fearful passage of their death-mark’d love,

And the continuance of their parents’ rage,

Which, but their children’s end, nought could remove,

Is now the two hours’ traffic of our stage;

The which if you with patient ears attend,

What here shall miss, our toil shall strive to mend.

I was asked to do a presentation on Romeo and Juliet, which yes, I would do any day of the week, because frankly, Romeo and Juliet is my favorite Shakespeare play, and with good reason. I truly believe it’s one of the plays that can really guide you to understanding the culture today, and really figuring out where you are. You just heard Shakespeare’s prologue to the play.

But first, I want to destroy the notion of what “star-cross’d lovers” means. Some people say that Romeo and Juliet were just unlucky, which is what a lot of modern scholars have defined “star-cross’d” to mean. Whether it’s unlucky, or just that the stars weren’t in your favor. Maybe somehow you crossed the stars; you pissed off whatever mythical being is up there, who looked down on you and said, “You know what? You two are going to kill yourselves today.”

But no, actually that’s not at all what Shakespeare meant. Because I don’t think Shakespeare bought into superstition. Shakespeare would never agree with anybody who said it’s just up to fate. We know this because in Julius Caesar, another one of Shakespeare’s plays, Cassius tells Brutus: “The fault, dear Brutus, is not in our stars, but in ourselves.” Without going much further into that quote, that’s Shakespeare basically straight-up saying, it’s not the stars’ fault we’re in the mess we’re in today; it’s us, it’s what we’re doing. All the world’s problems are because of what we’ve done; we, as in humanity, have done.

So, it makes no sense to start blaming some higher force, or start blaming God for all the world’s problems, because for one, God didn’t just put you down here defenseless. He gave you a mind, and he gave you reason. So, to say it’s God’s fault for the way things are today, well, you’re not really winning any arguments with that, because frankly, you’ve got to figure it out. That’s why you’re here.

So, for Romeo and Juliet, they were star cross’d, because it was too superstitious: Romeo falls in love with Juliet at first sight; it’s that kind of sincerity of feeling. He abandons all feeling for the girl he loved before, Rosalind, who you never see; she’s only mentioned in the first act. Then, he immediately forgets about her. People like to brush over Rosalind, because it makes this whole romantic argument very inconvenient. They can’t say it was just love at first sight. But Shakespeare uses that. Romeo falls in love with Juliet almost instantly because it’s infantile.

Borrowing from a literary contemporary of Shakespeare in another language, Cervantes has this same kind of characterization of an infantile kind of love. He describes love at first sight not as real love, but as an appetite or a desire. It was a desire he had, to just go in and get Juliet. So, this idea that Romeo fell in love at first sight. It’s just not real; it’s not real love, and Shakespeare would never have agreed that it was real love.

But I bring them up because their “love” was infantile as I’ve said before, but it’s also an escape. An escape from what? Well, the society that they live in; because at the very beginning of the play, after the Prologue, we’re introduced to two characters, Samson and Gregory. And we never see them again, but in any Shakespeare play, the tragic conditions of the society or of the setting are said in the beginning, in the first act, in the first scene. And there, we see Samson and Gregory outright talking about killing maidens, chopping off their heads, pushing them against the wall. Overall, just this vulgar, degenerate discussion they’re having. This is Shakespeare’s way of saying that in Verona, this is the norm; this is how people talk in this society. This is just the way things are.

Would anybody really want to grow up in that kind of situation? Of course not. Think about our world today. We kind of fill that prerequisite. Today, we just kind of gloss over our movies and our TV shows and other media in which we see violence, heavy use of the most vulgar language, gore, total degenerative actions shown on screen, which are meant to reflect the real lives of human beings.

Our society meets these conditions for a tragic society, just as Verona did in the beginning of the play. We are now living through the greatest death story ever told. Before I’m over with this, however, I promise I’m not going to leave you pessimistic; I would never want that to happen. I’m just telling you how Shakespeare was laying out a society that’s gone too far.

In some cases, our society may seem that way, but the shining hope of saving our society really lies with you, the person watching this, who’s willing to give me a listen. And especially to the young people, because all the people who’ve made the world a nasty place are going to have to die off at some point. We have to keep those who are committed to making the world a better place alive, because otherwise we’ll just adopt the same problems that made the society terrible, like the feuding families in Romeo and Juliet. 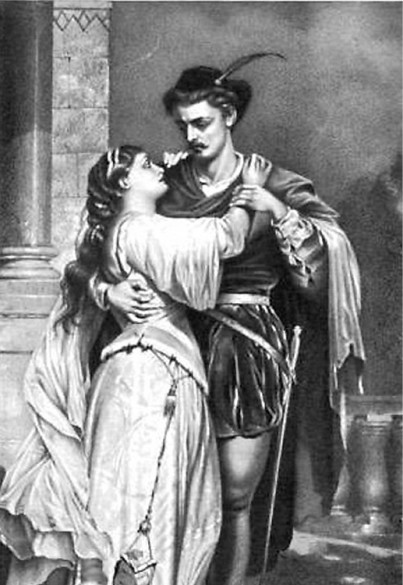 The warring families, the Montagues and the Capulets, don’t even remember why they’re fighting. It’s just an ancient quarrel. Kind of like today. We take it for granted that the Democrats are terrible; no, the Republicans are terrible. Everything is terrible. Mercutio, another character in the play, is exactly like that. Mercutio believes that both families were wrong. The Montagues suck; the Capulets suck. He says, as he’s dying, “A plague upon both your houses!” Which is a little bit of a foreshadowing, because there is the play that comes at the end of the play. Regardless, Romeo and Juliet are using each other to escape from this tragic society, rather than deciding to do something about it. I think this might be Shakespeare’s commentary here, saying what can they do about it, or what should they do about it?

That’s a good question. That’s something that I’ve wrestled with myself, too. What can they honestly do about a society that’s crumbling? Like today, what can we do about a society that’s crumbling today? The problem is that they didn’t have a Schiller Institute back then. They didn’t have a Lyndon LaRouche in the society of Verona; they probably should have. That’s our advantage today, that we have these panels. Because the way the play ends is a big plague comes. Romeo is dead, Juliet is dead, and the families finally decide to squash their petty feud. But all the young people are dead. Tybalt is dead; Mercutio is dead; Romeo; Paris; Juliet. All the young characters are gone. So the only people who can literally reproduce in the society are dead. The plague is just the belated announcement of the society’s death. The play ends; everybody dies. That’s why it’s the greatest death story ever told, and that’s what makes it tragic.

The death of Romeo and Juliet is not the tragic part. Everybody dies. We are repeating those same mistakes right now. But, like I said, we have the Schiller Institute, so we don’t need to fall victim to the same mistakes that the society of Verona made. Because we actually have solutions, unlike the supposed authorities in the play Romeo and Juliet.

You take somebody like Friar Lawrence, who means well, but honestly, all he does is add fuel to the fire that had already started, by aiding Romeo and Juliet in their infantile misadventures of trying to come together and escape together. We have no idea what would have happened if they did ever get their happily-ever-after. But the supposed morally authoritative figure feeds into their infantile love, and continues to foster it rather than break it up, or just be the voice of reason. Or be the voice of reason for the whole society. Instead, he chooses not to intervene in a big way. Instead, he just kind of sits back and chooses to help the young people escape rather than to fix the whole society.

So, to everybody hearing me, I ask you, “Are you prepared to be a hero, and stand up for your society and say, ‘I refuse to let my society die’? Or, will you be like Romeo and Juliet, and just choose to escape?” Whether your mind is gone, through some kind of drug use, or you’re trying to figure out who you can date next and fall in love, and stay in your angst. You have a choice to make, and the solutions presented to you in the last three panels are the way forward to solving the problems of our society so that we can supersede our tragic conditions, rather than befall to them. Thank you.