This article appears in the July 16, 2021 issue of Executive Intelligence Review. 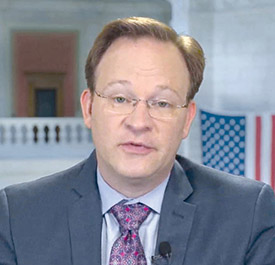 Hello, welcome to Panel 2 of the June 26-27, 2021 Schiller Institute conference, “For the Common Good of All People, Not Rules Benefiting the Few!” My name is Jason Ross, I’m a science advisor to the Schiller Institute and I will be moderating this second panel, the “Real Science of Climate Change: Why the World Needs Many More Terawatts of Energy.”

In Panel 1, published in the July 2 issue of EIR, we discussed how economic development is limited in its potential by the basic infrastructure that is able to support the productivity of the economy. In Lyndon LaRouche’s view, infrastructure platforms transform the space in which productivity occurs, enabling higher forms of production, and transforming space itself through transportation networks.

The most central component of an infrastructure platform today, is without a doubt, energy, power. It was the steam engine’s liberation of the chemical energy in coal, transforming it into motion, that unleashed the industrialization of the world, a new era for mankind in economy overall, something that led to the expansion of life expectancies by a couple dozen years—very, very impressive, extremely powerful, absolutely essential in economic history and in mankind’s history.

The development of electricity transformed the types of resources that were available to us, our relationship to those resources, the kinds of production that we were capable of engaging in, moving beyond motion towards new types, electron-beam welding, lasers, and so on.

The power of the atomic nucleus is still not fully developed, not by any means! But it shows us the potential to have power levels that are many orders of magnitude greater than what is achievable through chemically based electricity or wind or solar panels or that sort of thing—potentially transforming through nuclear fusion, in a very powerful way, our relationship to the world around us, in a way that would be comparable only to the development of the steam engine, in its scope and in its potential.

But it is power itself that is in the crosshairs of what was discussed in Panel 1 as the MICIMATT [Military-Industrial-Congressional-Intelligence-Media-Academia-Think-Tank complex]—as the British financial empire-oriented financial intelligence apparatus—where we are told that the planet is imperiled by the scourge of climate change, brought about by man’s wicked and unchecked use of fossil fuels, churning enormous amounts (we’re told) of carbon dioxide into the atmosphere. And that these fossil fuels, which were absolutely essential for expanding the life of human beings by decades, must be phased out, essentially, immediately. And if you don’t agree, well, “How dare you!”

We’re told that the Science, with a capital S, is “settled,” that there’s no room for debate on this issue. And even if we don’t understand it, we better obey its strictures.

That’s not how science works. It’s process, it’s development, it’s a discovery. So, on this panel, what we’re going to be getting into is the coherence between our economic growth, and the development of the biosphere as a whole, the enormous amounts of power that the world requires, and the gaping holes of the supposed science of climate change catastrophism. 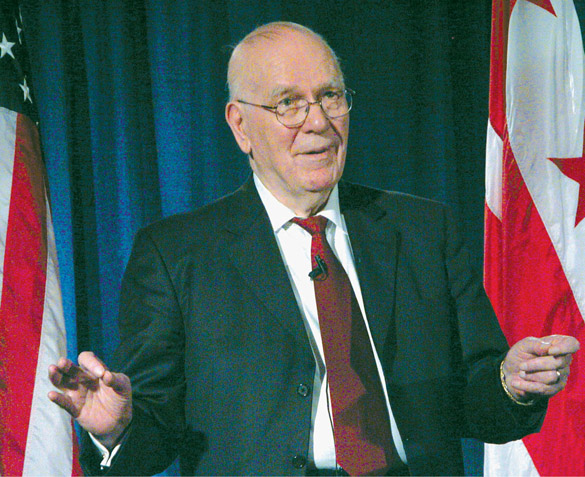 There is a coherence between our economic growth and the development of the biosphere. “We need an increase of the potential productivity of the human force, per capita, and per square kilometer” —Lyndon LaRouche, 2012.

Let’s start with a short quotation from Lyndon LaRouche about what the goal of society is. This is from a speech he made in 2012, “No to the Green Policy; Revive Our Credit System”:

So the point is, we need every human being. We need them to live longer and better. We need them to become more creative. We need to have their children better educated, and developed. We need an increase of the potential productivity of the human force, per capita and per square kilometer; and those are the missions that we must fulfill.

There are many things we don’t know yet, but these things we do know: The increase of productivity of labor per capita, with an increasing population, is the absolute necessity, which has to be coupled with the fact that mankind is no longer going to be content to sit on Earth and gossip about the neighbors.

These are the things that we must do. And every step we take in this matter increases the productive powers of labor, makes people smarter, makes them more capable, gives them greater incentive, makes them happier. And that’s what we must do.

So to have the power to do all of these things, we’re going to have to do a lot of work, and we have a powerful lineup of speakers who will be addressing this today: addressing economy, addressing carbon dioxide, climate change, nuclear power, nuclear medicine, and the enormous costs and negative returns of efforts to decarbonize without nuclear power.

A video recording of Panel 2 is available here.