The Swiss Vote ‘No’ to the New CO2 Law

Emanuel Höhener is a mechanical and marine engineer, and energy consultant. He is currently the President of the Carnot-Cournot Network. This is an edited transcript of remarks he delivered via pre-recorded video to the second panel, “The Real Science Behind Climate Change: Why the World Needs Many More Terawatts of Energy” of the June 26-27, 2021 Schiller Institute conference, “For the Common Good of All People, Not Rules Benefitting the Few.” Subheads have been added. 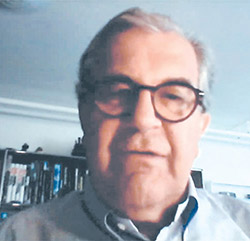 In a poll on the weekend of June 13, 2021, the Swiss population had to decide upon three proposals. All of them were in connection with environmental issues and all of them were rejected.

The Political Instruments of Switzerland

For your understanding of some of the political instruments of Switzerland, the following:

Switzerland, at the federal level, has the democratic instruments “referendum” and the “right of initiative.” A “referendum” gives the option to voters to reconsider and decide upon a bill, which has already passed the federal parliament, which consists of two chambers. A referendum can be imposed within a given time period by the demand of a minimum of 50,000 voters.

Furthermore, for changes of Constitutional acts as well as international agreements, a vote by referendum is mandatory.

A further political instrument is the “right of initiative.” Interested parties and circles can submit an initiative for changes in legislation if within a given time period, signatures of 100,000 voters are submitted.

Environmental Concerns and the
‘No’ Vote of June 13

The June 13th poll also received particular interest from abroad. One of the subjects to be decided upon was a most stringent new CO2 legislation, upon which the parliament had already decided. The referendum reached [approval with] a majority of voters and cantons, which means that this new CO2 legislation was rejected.

The content of the CO2 bill was developed and governed mainly by the Leftish-Green interests and their ideology. Quickly, it would have led to cost driving measures: increase of fuel prices for vehicles, increase of fuel prices for heating purposes, taxes on flight tickets, constraints on houseowners to refurbish their properties with regard to insulations and heating technique, mainly because use of fossil fuels would no longer be allowed. As a result, rental costs would have increased drastically in a country where renting property is prevalent. With this proposed legislation, the goal was to get Switzerland 100% CO2 free by 2050, which means prohibiting the use of fossil fuels.

An interpretation of the result of the poll [to mean] that the Swiss people do not care about environmental issues, would be entirely wrong. In Switzerland, we have stringent standards concerning heat insulation for houses, operational quality of home heating, and for vehicles—including emission standards amongst others, and also standards concerning CO2. Quality standards, which are regularly checked at frequent intervals, have been in place for years.

Thus, one of the main reasons why the CO2 legislation under discussion was turned down: People lost confidence and were convinced that it would not improve anything with regard to the climate; however [it would] increase the cost of living and create an additional—useless—government administrative body.

And also important to note: The younger generation mostly rejected the CO2 legislation. The slogan of the promotors was: “We are rescuing the climate!” The absurdity of this claim, under the preconditions that Switzerland imposes such ruling, isolated and alone, may be illustrated by the following considerations. The contribution of Switzerland to the global CO2 emissions is about 0.13%. Assuming Switzerland were to reduce its CO2 emissions from 2020 to 2050 on a linear scale to zero, the accumulated emissions [reduced] over the period of 30 years (10,950 days) would be around 770 million tons. The three dominating CO2 polluters: China, the USA, and India produce this amount of CO2 within 16 days!

A convincing policy to reduce CO2 emissions can only work under a binding international agreement, which will have to be different from the loose Paris treaty. The scientific field of climate is anything but in agreement about the triggering factors with regard to climate change. It may be that CO2 is one of them, but definitely not the only one. A possible other factor of importance is that mankind may need to learn and get used to a more careful handling of the limited resources of oil, gas and coal.

The Consequences of ‘Net Zero’

A further question needs to be raised with regard to what the claim of net zero CO2 could mean. According to the current valid energy policy in Switzerland, all of the five nuclear power plants must be taken out of operation by 2035. The missing power production is to be substituted by means of photovoltaic (PV) technology. Unfortunately, the need for construction material rises with the decrease of power concentration. Consequently, the accountable energy input for the construction of photovoltaic plants and the subsystems needed increases drastically and thus the accountable CO2 emissions as well. “Gray Energy” is the term used. According to my calculations, the substitution of photovoltaic for nuclear production, including the [then-required] mandatory sub-systems, as for instance hydro storage, means the yearly accountable CO2 emissions will increase by 8.7 million tons, which means about 20% of the current Swiss CO2 emissions.

This leads to the question, “By what means could the use of energy from fossil fuels realistically be replaced?” As said, not only in Switzerland, the prime option of current policy is photovoltaic. If Switzerland would go for 100% decarbonization—meaning to discontinue the use of fossil fuels—one would need to invest in about 220 GW of nominal photovoltaic power—about 20 times the current electric power generation capacity installed. This figure includes also the replacement of current nuclear power plants as well as to compensate for the power losses in the tremendous hydro-storage capacity needed. It would be difficult to place this capacity in Switzerland which is already “saturated” with hydro plants.

Furthermore, time is getting short to implement all this by 2050. Consequently, there is only one realistic solution to ensure a cost-efficient power supply system in the future: Nuclear power installations, according to latest state of the art.

It will be a task for all of us, to guide European energy politics back to a reasonable track. Thank you for listening.