Beethoven’s Agnus Dei:
Peace for Ourselves, and the World 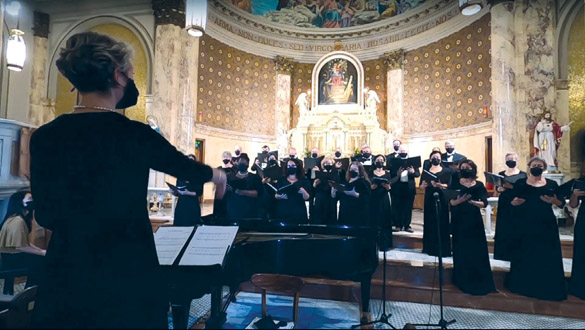 Sept. 11—The Schiller Institute NYC Chorus continued its tradition of annual 9/11 commemorative events with an amazing hybrid concert on September 10, featuring both live and virtual performances. It was titled, “Beethoven’s Agnus Dei: Peace for Ourselves, and the World.” The concert venue was the beautiful Our Lady of Pompeii Church, not far from the World Trade Center, in Greenwich Village, New York City, where thirty choristers and instrumentalists presented a program of both European and American classical music.

The program opened with the founder of the chorus, Diane Sare, conducting the chorus singing “America the Beautiful” in a little-known setting by Nathaniel Dett (1882-1943), co-founder of the National Association of Negro Musicians and collaborator of Antonín Dvořák in the National Conservatory of Music in America. Next, Jennifer Pearl, chair of the Schiller Institute NYC Chorus, read a powerful statement from Schiller Institute founder Helga Zepp-LaRouche—it follows here—in which she expressed the hope and confidence that we could emerge from this chaotic moment in history with a more human and more loving state of affairs among nations.

Pearl then introduced a video greeting from Terry Strada, National Chair of the 9/11 Families and Survivors United for Justice Against Terrorism, who for twenty years has been a leader in the fight to uncover the truth about how and why the attacks took place on September 11, 2001. Her message is also printed here. 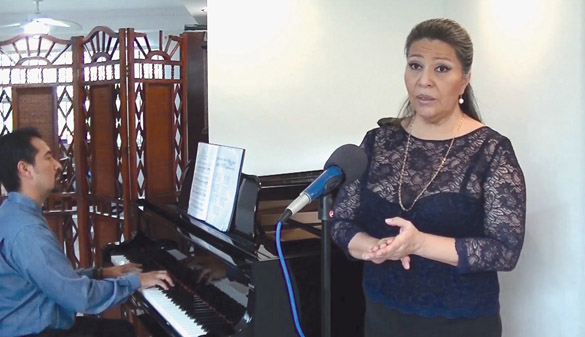 Next was Franz Schubert’s exquisite “Litany for the Feast of All Souls,” sung beautifully by Maria Ines Rodriguez Rey, a Schiller Institute Chorus member from the National Institute of Music of Panama, followed by a live performance of Schubert’s expressive and poignant “Arpeggione Sonata,” played by cellist Molly Aronson and pianist Dura Jun.

The chorus then took the stage to sing three pieces that could all be considered spirituals. The first was Harry T. Burleigh’s setting of “Deep River,” expressing the longing for “that promised land, where all is peace.” Next, Nancy Guice conducted Robert Schumann’s “Gypsy Life” (“Zigeunerleben”), portraying the nomadic existence of a people living in diaspora, marginalized by society. Finally, chorus Music Director John Sigerson conducted “Va, Pensiero” (“Go, Thoughts”) from Giuseppe Verdi’s opera Nabucco, in which the exiled Jews of Jerusalem lament their lost home. This section had a powerful effect on the chorus itself, several members of whom had joined since the pandemic and had not yet participated in a live ensemble with other chorus members. 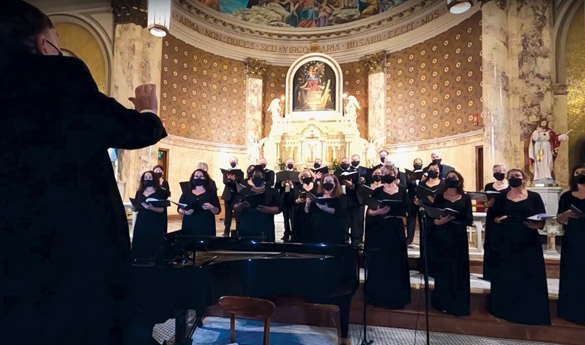 The crowning event of the concert was the much anticipated final sections of Beethoven’s Opus 123, the Missa Solemnis, the “Sanctus-Benedictus” and the “Agnus Dei,” which concludes with Beethoven’s operatic “Dona Nobis Pacem.”

Our next two—and final—selections are the final two movements of Beethoven’s Missa Solemnis. We began working on this great choral work in January of 2020 with the intention of performing it for Beethoven’s 250th birth year, but had to pivot quickly into virtual performances and rehearsals due to the pandemic. Here we are 18 months later, and presenting the final two movements, the “Sanctus-Benedictus” and “Agnus Dei.”

As we wrote in the invitation to the concert, Beethoven’s inscription above the “Dona Nobis Pacem” section in the sheet music calls for inner and outer peace [Bitte um inneren und äußeren Frieden], a plea for both spiritual and worldly peace. The final movement’s words end with “dona nobis pacem,” grant us peace. Nothing could be more fitting as a way of ending tonight’s memorial concert than a call for peace. But peace isn’t just the absence of violence or war. It has to be a principle of overcoming the cycle of violence and wars that have been perpetuated by the old paradigm of imperialism for centuries. Combine that with an active commitment to uplifting and improving the living conditions and culture of future generations. 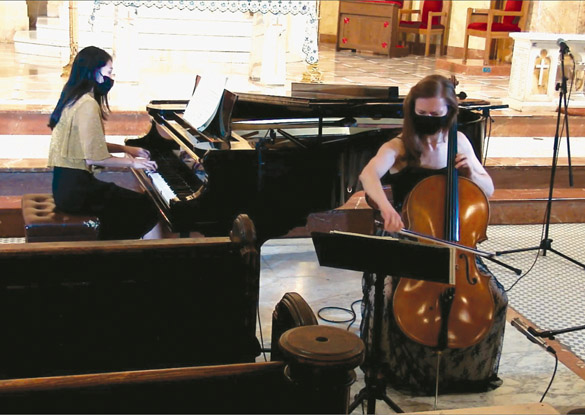 These final movements of the Missa Solemnis, a choral piece which Beethoven worked on and perfected over a five-year period, contain the drums and conflict of war, the assertive entreaties following the stormy orchestral interlude, and more. But what is most surprising is how it ends. It almost ends with a humble question, a seeming lack of resolution of Dona Nobis Pacem. Therefore the resolution must come in your own mind and action. And now, the final two movements of the Missa Solemnis.

Two tumultuous decades after the 9/11 attacks, let us work toward finding that path to peace through the mutual and friendly development of all sovereign nations.

The program is available here.

The concert may be viewed here.