Community Healthcare Workers in DC—
Now A Model for the World

This is the edited transcription of the presentation by Walter Faggett to Panel 2, “The Science of Physical Economy,” of the Schiller Institute’s Nov. 13-14 Conference, “All Moral Resources of Humanity Have To Be Called Up: Mankind Must Be the Immortal Species!” Dr. Faggett is the former Chief Medical Officer of the Washington D.C. Department of Health, and former co-chair of the D.C. Ward 8 Health Council. 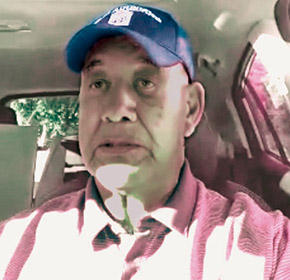 I’m here just leaving Howard University College of Medicine, and it’s really exciting that the vision from Dr. Elders and Helga, has become reality. The impact of the community health workers has really mushroomed from Wards 7 and 8 to becoming citywide. Where we had the lowest Covid vaccination rate as well as the highest death rate, in Ward 8, that has now levelled out. The immunization rate is over 30% in Wards 7 and 8 at this point. The mayor has incorporated the community health worker concept, and really built on the vision from Dr. Elders. So that now, it’s been pretty well institutionalized.

So, we are really available to share this project as needed. And I think we have really seen a real change, really a decrease in vaccine hesitancy with this involvement. And with childhood immunizations, we’re finding that families are now getting better immunized with the onset of immunization of children, which has begun here this week in Washington, DC.

Overall, our death rate here in the DC has been 0-1 per day. Unfortunately, there is the issue that all the deaths do appear to be among the minority patients —90% of the deaths do still happen among the males, among African-Americans. We are seeing an increase of a 2-1 ratio of deaths among males versus females.

We are concerned that we’re facing the closure of one of the hospitals in Southeast DC in the near future. Hopefully, having community health workers involved will decrease the impact of that. But DC is anticipating the problem here, similar to those around the country. I understand Mount Vernon, NY and other places also are experiencing hospital closures. We look forward to working with Helga, Dr. Elders, and Dr. Satcher in terms of talking about approaches to decrease the adverse impact on our populations around the country.

So again, it’s a real pleasure to be with you, and I look forward to the Q&A session, so we can expand more. I’m sure there will be questions on some of the points that we’ve brought to you.

Thanks again for including us.