Healthcare is a Basic Human Right, Not a Privilege

This is the edited transcription of the video presentation of Ernest Johnson’s remarks to Panel 2, “The Science of Physical Economy,” of the Schiller Institute’s Nov. 13-14 Conference, “All Moral Resources of Humanity Have To Be Called Up: Mankind Must Be the Immortal Species. Dr. Johnson is President Emeritus of the Louisiana NAACP. He is an attorney and a Visiting Professor of Law at Southern University Law Center in Baton Rouge, Louisiana. 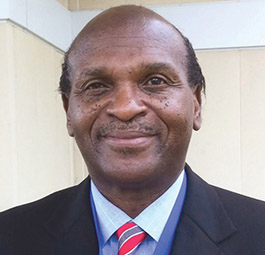 My name is Attorney Ernest Johnson, and I’m located in Baton Rouge, Louisiana. I have been a practicing attorney in the state of Louisiana since 1976. I’m also a Visiting Professor of Law, teaching voting rights litigation at the Southern University Law Center in Baton Rouge. I have, in the past, served as the President of the Louisiana NAACP [National Association for the Advancement of Colored People] for 22 years, having been elected in 1995, behind Ms. Rupert Richardson, who preceded me as President. I also, since 2007, served on the Board of Directors of the national NAACP, and was term-limited off the board in February 2019.

So, it’s been a joy and a pleasure working to help people to help themselves. I’ve always admired this organization, because it basically stands, as far as I’m concerned, on the same basis.

Change the Climate of Indifference

We must all learn to live together as brothers, or we will all perish together as fools. Now, I’m not from New York; I’m from Louisiana. I come from what some people used to call “Huey Long country.” More recently, people think about it as “Katrina country.” But what it really is: It’s like Mississippi and Alabama, the frontline of America in the war on poverty that we keep losing for lack of interest. I believe that the lack of interest is actually because you have to think about world poverty first, like Dr. King tried to say.

In order to get at the true mindset that keeps poverty in place in America, look at the increasing resources for war, in blood and treasure, which we are always told that we have to provide, instead of providing those same resources for peace. The Berlin Wall goes down, the Soviet Union disappears, Afghanistan is invaded; Iraq is invaded, and the war budget goes up.

The climate of indifference that has maintained poverty throughout the world. Just last week, people were saying at Glasgow, Scotland, that there should be over $100 trillion to solve a problem that may not exist. And not even $10 trillion to solve a problem that we know how to solve. This while we are saying that it is a problem that China has brought 800 million people in their own nation out of poverty, and is now saying it wants to work with other countries to do the same thing around the world.

The United States could do the same thing. We could bring the 100 million people in this country out of poverty. But it only makes sense at this time—in which this recent pandemic has reminded us that the world is, that we are, as Dr. King said, a geographic one. That we have to address the problem of poverty throughout the world as a whole.

I say that this is not really a question of money; I say that this is a question of will. But it is also a question of life and death for tens of millions of people around the planet. And as we have already seen in the United States, we may have one million less people in the country due to the conditions of poverty in which the pandemic grew. The disproportionate number of poor people that die, died of the co-factor known as poverty.

If I could, let me recommend the continuation of conferences such as this, meetings one-on-one, and multi-lateral meetings, countries binding up their resources to fight this evilness of poverty. I just want to thank you very much for inviting me. I’ve enjoyed this conference. And call on me whenever you need to.